Best Neighborhoods in Toronto to Move To 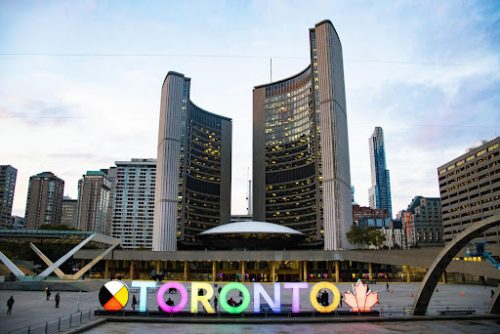 If you’re looking for the best neighborhoods in Toronto to move to, you’re at the right place. We are about to show you some of the best Toronto towns so you can decide on one and pick Toronto movers who will take you there. GTA Moving Services take care of everything you need.

Parkdale is becoming a trendy west-end neighborhood after shedding a terrible reputation. This varied neighborhood has Tibetan, North African, and West Indian enclaves, pubs, vintage fashion, and comic-book stores. The 501 and 504 streetcars may take you downtown and to subway lines from Parkdale, which is west of Liberty Village and south of Roncesvalles. Once the wealthiest area in Toronto, Parkdale is now home to some of the busiest malls, stunning tree-lined streets, and wonderful Victorian homes.

Roncesvalles was previously Toronto’s Polish neighborhood, but it’s become a hipster haven in recent years. Also known as “Roncy,” it is a pretty Toronto neighborhood with independent stores, bars, restaurants, and coffee shops up to King West. Rents have grown with Roncy’s popularity but are still cheaper than downtown Toronto.

A few years ago, Vogue ranked Queen West as the second coolest neighborhood in the world, and it has boutiques, vintage apparel shops, record stores, and art galleries to back it up. Along Queen Street from Bathurst to Gladstone is Trinity Bellwoods Park, a popular summer destination.

The Annex is a hotspot for young professionals in Toronto’s West End. This neighborhood, home to University of Toronto students and faculty, begins north of downtown. The main campus is near the southeast end of The Annex, which has leafy streets, classic houses, and student-friendly pubs and restaurants. The strip on Bloor has seen a plethora of shops and restaurants open up, making it a desirable place to be.

Downtown is known for banks, office buildings, and retail, although a lot of people live there. In the heart of downtown, you’ll be close to everything, but the living costs will drain your cash. Downtown has flashy restaurants and martini bars, the Air Canada Centre, St. Lawrence Market, the Eaton Centre shopping mall, the Art Gallery of Ontario, and the Yonge & Dundas Square.

Kensington Market has thrift stores, bookstores, cafes, bars, and fresh food businesses. Its status as a bohemian retreat makes it attractive to some but not to others. Kensington, located on the western side of Chinatown between College Street and Dundas Street, is close to the city center. College Street has many record stores and coffee shops for cheap drinks and late nights.

The City of Toronto has one of the lowest crime rates in North America, and we have told you about six of the safest neighborhoods in Toronto. Any family homes you get in these parts of the city will be a solid investment for you.