In every MMO game, currency, commonly known as gold is necessary for survival. It is one of the main parts that makes the MMO’s virtual world similar to the real world. Money is needed everywhere. While the name of the currency in most MMO games is called gold, just like in WoW: Classic – The Burning Crusade, where players are looking to buy WoW TBC Gold, in New World by Amazon games it is called coin. New World Coin is used to purchase almost everything in the game from primary stones, food, flasks, weapons, gear upgrades and pretty much everything you can find in a Settlement. 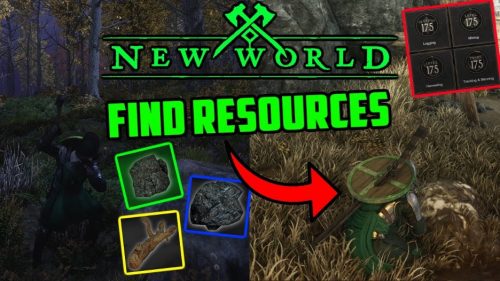 There are three common ways of farming New World coins for free. The very same methods are utilized pretty much almost in every other MMO, just like when farming WoW Classic Gold.

The first method consists of doing and completing the New World game quests and missions. Corresponding with the level each player has, when finishing you get XP (experience points) and NW coins as rewards. Some quests give nice rewards as gear which can be sold to other Settlement vendors for even more coins. This is the most utilized method when you start to play the game until you reach the last level. Doing quests and missions is the fastest way to get to level 60 in New World.

The second method consists of selling loot and gathering resources. Fancy traveling and exploring an open world, this method is for you. As you can have all of the available New World professions, you can travel around the open world of Aethernum, gather resource nodes like wood, stones, gold, ores, kill and loot the monsters throughout the world and then sell the loot to either Settlement vendors or other players at the Auction House. While many of the gathered loot and resources can be sold to vendors, some of the items are required in crafting professions, these should be always sold to other players.

The third method is for the more creative players, by crafting and selling special gear and items. It is an approach that requires more time and patience than the first two, but it is the method that can make you a lot of New World coins. By utilizing the crafting professions like weaponsmithing, you can buy resources from other players or gather them, craft a weapon or armor that has better statistics and then sell them for higher profit.

The last, fourth method, consists of buying New World Coin with Real Money. Many would call this method cheating, and indeed many game developers, not excluding Amazon Games would often frown upon real money traders, especially when it comes to buying or selling and kind of game services like coins, boosting, New World Powerleveling or accounts. If you are the busy type and do not mind using your real money for gaming services, you can easily buy even a level 60 accounts with lots of coins on it and start enjoying the high end game from the start. Websites like Gold4Vanilla usually offer all of the above-mentioned services.