By Edward Bishop Published Dec 18, 2020 at 15:48 PM GMT
Share
In the private sector alone, 2.8 million nonfatal injuries and illnesses were reported in 2019, according to the Bureau of Labor Statistics. While this is 20 percent lower than in 2010, the need for OSHA to ensure maximum safety precautions in the workplace is no less real. Businesses have much to gain by improving workplace health and safety measures as much as possible. For one thing, it is necessary for employee efficiency, which is in turn essential for business growth. 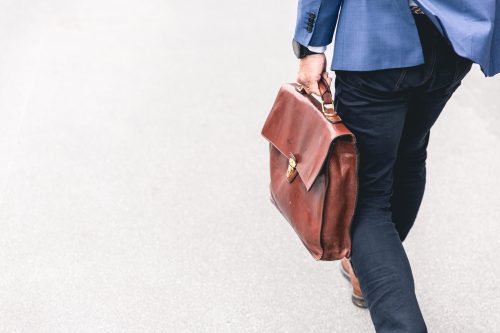 The State Of OSHA Health And Safety Standards

Early in Trump’s term, he stalled the progress of several proposed OSHA improvements, as part of his campaign to reduce business regulations. This was done to allow business owners more free rein in how they choose to manage their operations. However, it comes at the cost of several critical standard updates getting stuck in the middle of the approval process. This includes things such as the new Electronic Injury and Illness Reporting Requirements. Currently, there are 25 proposed updates on OSHA’s standards awaiting approval. Each of these updates is in various stages of processing. Once inaugurated, the Biden administration will likely expedite these processes. This is in line with its aim to go in the opposite direction Trump has gone in the past 4 years. One can expect the incoming president to make similar progress and improvements to those made during the Obama administration.

The Obama administration was committed to offering employee protections for numerous outcomes. Especially those who had filed complaints against their employers or workplaces. This resulted in more thorough OSHA inspections throughout his terms. Complaint-triggered inspections rose from 17 to 25 percent from 2009 to 2017. However, this progress was halted in 2018. That year, Trump closed down the Whistleblower Protection Advisory Committee and other health and safety organizations. Soon after this, complaint-triggered inspection receded to its previous levels. President-elect Biden, on the other hand, seeks to roll back those changes. Long before the election, he had urged Trump to make some necessary changes to OSHA. As he takes office, he can now do so of his own accord. This will likely include new protections for employee whistleblowers. Provisions laid out by the Obama administration will return in force, supplemented by Biden’s agenda of giving back power to the workers. Many expect OSHA inspections to increase in quantity and quality thanks to this new agenda. However, it is still advisable for employees to seek legal assistance when filing complaints to ensure their potency, according to Baltimore law firm JJS Justice.

What Employers Should Prepare For

President-elect Biden has already begun vetting cabinet positions. Many of his candidates are veterans from the Obama era and will reprise their previous posts. These returning cabinet members, such as Dr. David Michaels, have a good record of advocating for worker protections and rights. The Biden administration will likely feature a return to form for the progression of OSHA standards. Thus, employers should use the workplace health and safety programs of the Obama era as a basis to determine what to do. Business owners are encouraged to make their own improvements to accommodate their employees as best they can. This will all be to ensure that OSHA does not come calling and create problems for them later on.

As long overdue changes arrive for OSHA, the best thing businesses can do is to brush up on how they can remain compliant. A visit from OSHA agents can herald a severely damaging outcome for a business. Hence, business owners must do everything in their power to meet the needs of the employees.

Interesting Related Article: “How Has the US Dollar Fluctuation Over the Election Impacted Everyday Americans?“