The recent picking of Jessica Rosenworcel as the new FCC’s (Federal Communication Commission) acting chair by president Biden is received as relieving news not only for net neutrality supporters but also for concerned parents and students throughout the U.S. since according to her “immediate” action can be taken. 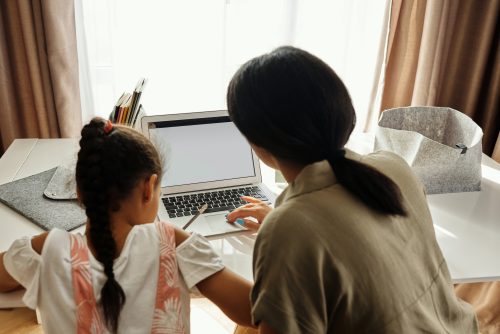 The problem is commonly known as the “Digital Divide”, or “The Homework Gap” (a term made popular by herself) affected 12 million students back in late 2018, as reported by the Joint Economic Committee (JEC), and has been worsening ever since due to the surge of home internet usage, which has caused issues among all internet service providers.

Added to this, the nationwide closing of schools due to the pandemic has left most of these students unable to connect to their online courses and without any plans to return physically to school, even now, almost a year after the pandemic.

Commissioner Rosenworcel is currently advocating in favor of bringing back the E-Rate program, designed to get funding from the senate to provide electronic devices and WiFi hotspots for students in need of rural internet service. The program officially known as the Federal Schools and Libraries Program was established back in 1996 and modernized in 2014 by the democrat Tom Wheeler, acting chair of the FCC back then, and currently provides $4.15 billion to provide good quality fiber broadband internet to schools and libraries that need it.

It’s worth noticing that Ajit Pai, former republican commissioner of the FCC and under whose term the net neutrality principle was abolished (creating polemic around the whole country and the internet in general) opposed this modernization, arguing that this reform was “fiscally irresponsible” and did not have enough control over fraud and abuse.

The FCC published a report on January 20, 2017 (only two days after Wheeler stepped down as acting chair) that showed the results of the modernization efforts of E-Rate, these included:

Two weeks after Wheeler’s step-down, ex-president Trump appointed Ajit Pai as Wheeler’s successor and the E-Rate report was retracted. An order issued by Pai himself stated the following: “The report will have no legal or other effect or meaning going forward.” to which an FCC spokesman responded: “This does not reflect the official views of the agency,”

An important restriction of the E-Learning program is that the funding is only allowed to provide internet access and devices to physical schools and libraries, leaving students at home in the same position, however, Rosenworcel proposed Pai back in August to lift this restriction using his “Emergency Powers”, allowing people to loan and connect to these WiFi spots, but this proposal remained unheard.

“The restriction has to do with where the Wi-Fi and tech devices can go, so right now schools that qualify for E-Rate can purchase Wi-Fi at discounted rates for their campus, and that’s why a lot of students have been sitting outside school buildings or in parking lots to gain access (…) But with the restriction, schools can’t lend out devices or Wi-Fi hot spots that they’ve purchased or lend them to public libraries.” stated the now commissioner Rosenworcel.

The FCC now stands at the center of the public view. Many citizens expect great changes, while others watch in distrust, whichever the case, news from the commission, and its decisions will be abundant during this period.