Bitcoin Halving – All You Need to Know

Are you into cryptocurrency trading?

Then you must have heard about Bitcoin Halving. But do you know what it is exactly? The price of all financial commodities fluctuates due to certain market conditions, and Bitcoin is no exception. In fact, financial analysts state that new assets like Bitcoin fluctuate more than traditional assets. The third Bitcoin Halving is approaching since the release of Bitcoin. 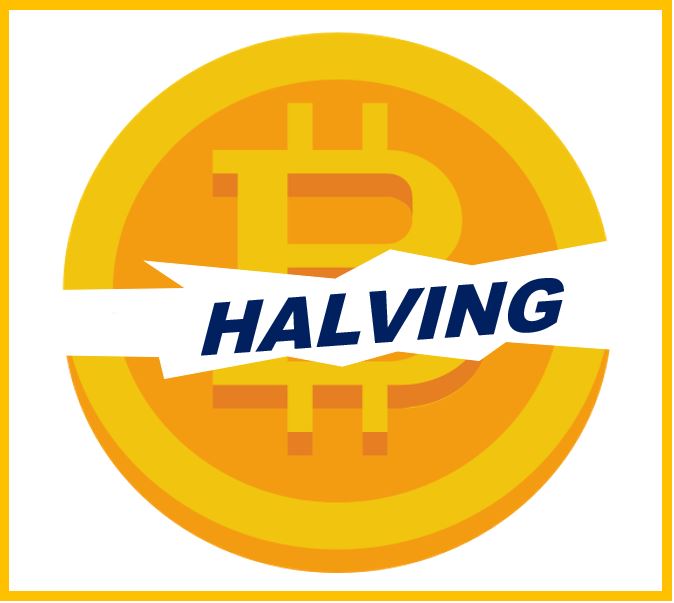 So, it is the right time to understand how the cryptocurrency network is affected by it. If you are into cryptocurrency trading, then this is of your interest.

The creation of new Bitcoins

Miners generate new Bitcoins by using expensive computing hardware. They make sure that the transaction of every single Bitcoin happens in real-time. They also record the transactions on a public ledger database. This database is known as the Blockchain. This effort deserves a reward, and this reward is rationed onto blocks. So, it is referred to as Block reward. Bitcoin Halving is related to this reward of miners.

Bitcoin Halving – what is it?

Bitcoin Halving is the reduction of the number of Bitcoins received by miners. This pre-programmed reduction occurs once in approximately four years after every 210,000 blocks of Bitcoin are mined. After each Halving, the number of Bitcoins received by miners is deducted by fifty percent. In 2009, Bitcoin miners’ reward began with 50 Bitcoins. It reduced to 25 and 12.5 in the Halving taken place in 2012 and 2016 respectively. The next Bitcoin Halving is going to occur in May 2020. This time the reward will reduce to 6.5 Bitcoins for every successfully mined block.

The reason for Bitcoin mining

To control inflation, the supply of new coins into the market is limited by the fundamental Bitcoin program. Only 21 million Bitcoins can be in circulation ever. Bitcoin is different from fiat currencies. So, it is designed to gain value by its limited supply and increasing demand, and that is exactly why Bitcoin Halving occurs.

The next Bitcoin Halving

As mentioned earlier, the third Halving of Bitcoin is expected to occur in May 200. However, it is the cumulative block time required for generating new Bitcoin blocks that will influence the exact date of Halving. The exact date and time can be reduced or increased by the block time duration. The 21 million Bitcoin is expected to be mined and brought into the market sometime around the year 2140. A total of 64 more Bitcoin Halving will take place by then.

During this time, both the mining and Halving of Bitcoin will cease, and miners’ rewards will be collected for handling the transaction in the form of fees.

1. Effects on the price of Bitcoin

However, not all experts and analysts agree to this. Many of them think that Halving does not affect price rallies, but some of them say it indeed has a psychological effect which results in the occasional price increase of Bitcoin.

2. Effects on the Bitcoin miners

To mine Bitcoin, miners need to run the mining rigs and also keep the space cool around the rigs. To do this, they require a great amount of energy. This is why most mining firms are located in regions that have low power cost. The cost is based on the expenses of mining rigs, space for assembling the rigs, and power.

Considering all factors, the expense of mining a single Bitcoin ranges from $3500 to $6500 on average. This is why many small scale miners are quitting or they are moving to the mine pools to mine Bitcoins.

If there will be no significant change in Bitcoin price after Halving, then the existing Bitcoin holdings will not be affected too much by the Bitcoin Halving. However, most price predictions after Halving is bullish, so, there is a high possibility that Bitcoin deposits will increase their value after Halving than now.

Bitcoin Halving and Fork – the differences

Bitcoin mining and Forks are different from one another. While Halving is the pre-programmed reduction of Bitcoin miners’ reward, Forks is an upgrade to the Bitcoin software. It can furnish bugs that exist in the Bitcoin code and also add new features to it. Bitcoin Cash hard fork of 2017 is one of the most well-known Bitcoin forks.

So, as you can see, Bitcoin Halving is an important matter. If you are into trading cryptocurrencies, then you must pay attention to it and its effects on the industry.