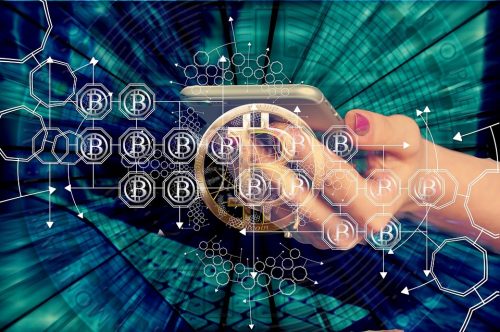 Interestingly, the mass adoption of this technology is changing some statistics that you should know about. In recent years, the number of Bitcoin ATMs continues to increase while seeing market penetration across different states in the United States.

Today you can find Bitcoin ATMs everywhere near you just using an interactive location map like this.

There are two categories of Bitcoin ATMs: basic and complex Bitcoin ATMs. Where the basic Bitcoin ATMs only allow you to purchase Bitcoins, the complex ones allow you to buy and sell your Bitcoins with virtual currencies. This is one of the main influencing factors in determining the price of Bitcoin machines.

Typical Bitcoin ATMs cost between $3000 and $14,500. While second-hand Bitcoin ATMs can go a little bit lower in cost, their performance is not guaranteed. The cost difference depends on the model and functionality of the bitcoin ATMs. The delivery, installation, tax levy, and import duties, among other factors, influence the cost of Bitcoin ATMs.

How Much Does a Bitcoin ATM Cost?

GenesisCoin is a top Bitcoin ATM manufacturer that has several of its ATMs in different spots. Some of its top ATM products include Finney3, Satoshi1, Satoshi2, Genesis1, among others. Its bitcoin ATM price ranges between $4,500 and $14,500.

Satoshi2 and Genesis1 are complex Bitcoin ATMs. They cost $8,900 and $14,500, respectively. This complex ATM type allows users to buy and sell crypto. They come with a thermal printer and an optional fingerprint reader, among other benefits.

General Bytes is another top Bitcoin ATM manufacturer, with several of its ATMs spread across different locations in the United States. Top products from General Bytes include BATMTwo, BATMThree, and BATMFour.

BATMTwo and BATMThree are basic Bitcoin ATMs. They cost $3249 and $5999, respectively. They only allow their users to buy cryptocurrencies. They can both be managed remotely while offering multilingual functionality. They both support multiple currencies. A KYC option is available for these basic Bitcoin ATMs.

BATMFour is a complex Bitcoin ATM that allows its users to buy and sell crypto. It has a screen with touch functionality for seamless interaction and user operation. It accepts traditional banknotes while dispensing its operations. While this Bitcoin ATM is slightly more expensive in comparison with other Bitcoin ATM types, it provides more functionality.

Gaia is a basic Bitcoin ATM that allows its users to buy crypto only. It supports several digital currencies like BTC, BCH, LTC, ETH, DASH, ZEC, XMR, USDT, among others. This Bitcoin ATM type allows open source software for its operation. It cost €3,800.

Tejo, Sintra, and Sintra Forte all have their basic and complex ATM versions. They support different cryptocurrencies while offering a comprehensive compliance suite. Their prices vary depending on their operations. The machine that allows for a one-way operation costs slightly less than the ATM, which allows for the crypto buying and selling operation. Its least cost is about €5,400 and can go as high as €8,700.

What is the Cheapest Bitcoin ATM?

However, there are second-hand Bitcoin ATMs that can provide the same functionality. These Bitcoin ATM types are probably used from a previous business and are going at a reseller price. Here, you can get a Bitcoin ATM for as little as $3,000. Just make sure you check all functionality and confirm the source of origin before making payment.

Bitcoin ATM cost depends on their functionality and manufacturer. Generally, the least cost you will have to pay for a Bitcoin ATM is around $3,500. However, the revenue it is capable of generating justifies its cost. Properly placing your Bitcoin ATMs in strategic places will see them make back its cost in a short period while turning over impressive returns. With the recent rise in adoption, the profitability of running a Bitcoin ATM business is unquestionable.

Getting your Bitcoin ATM from a trusted seller is important for obvious reasons. If you are going to set up your Bitcoin Business, you should approach platforms that have all you need to set up properly in your preferred spot. Approaching Bitcovault ATMs for this singular reason is going to be one of the best decisions you will be making for your Bitcoin ATM business.

Interesting Related Article: “Latest Bitcoin Happenings In 2022- Here Are Some of Them“