Bitcoin mining is the process of verifying and adding transaction records to the public ledger (known as the blockchain). The ledger is maintained by a decentralized network of computers known as miners. Miners use powerful computer processors to verify transactions and solve complex mathematical problems, in order to add blocks of transactions to the blockchain. 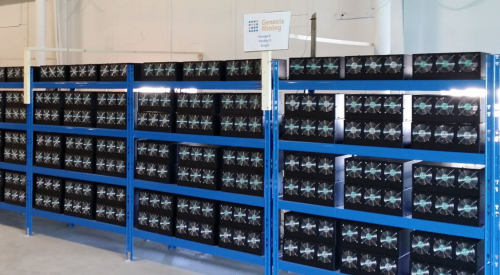 In return for their work, miners are rewarded with newly minted bitcoins. In addition to receiving bitcoins, miners also receive fees associated with each transaction they verify. These fees are paid by the users of Today Profit who make transactions, in order to incentivize miners to continue verifying and processing payments on the network.

The process of mining can be complex and requires a lot of expensive hardware and electricity. However, anyone can start mining bitcoins as long as they have the necessary computing power.

The main benefit of Bitcoin mining is that it provides security for the Bitcoin network. Without miners, there would be no one to validate transactions and ensure that they are free of fraud. This is essential in order for the Bitcoin system to work properly and avoid potential scams.

Another benefit of Bitcoin mining is that it creates new bitcoins. Miners are rewarded with newly created bitcoins whenever they successfully validate a block of transactions. This provides an incentive for miners to keep validation honest, which helps to keep the Bitcoin network secure.

In addition, mining helps to decentralize the Bitcoin network by ensuring that there is not one central point of control. By distributing the power among many miners, no single miner can control or manipulate the blockchain. This helps to keep the Bitcoin network safe from attacks by bad actors.

Overall, mining is an essential part of the Bitcoin ecosystem that provides security and new bitcoins for miners. It is important to note that mining is a competitive process and it is not easy to get started. However, if you are willing to put in the work, it can be a very rewarding experience.

Bitcoin mining has several important disadvantages. First, it is very energy-intensive. The process of verifying transactions and adding them to the blockchain requires a great deal of computing power, which uses a lot of electricity. This results in high costs for miners and contributes to environmental problems.

Second, Bitcoin mining is becoming increasingly centralized as the number of miners grows and the difficulty level increases. This centralization goes against the decentralized nature of Bitcoin and could lead to security problems in the future.

Third, as more people mine Bitcoins, the process becomes more difficult and time-consuming. This could eventually make it unprofitable for most people to mine Bitcoins.

Fourth, there is no guarantee that Bitcoin mining will always be possible. If the Bitcoin network ever reaches its maximum capacity, miners will no longer be able to earn rewards for verifying transactions. This could lead to a decrease in the number of miners and an increase in transaction fees.

Overall, Bitcoin mining is a risky investment with a number of significant drawbacks. It is important to be aware of these before deciding whether or not to mine Bitcoins.

What is Profitable Bitcoin Mining?

In order to understand what profitable Bitcoin mining is, we need to first understand what mining is. Mining is the process of verifying and adding transactions to the public ledger (blockchain). This ledger of past transactions is called a blockchain. A blockchain is useful because it prevents double-spending, which means that someone cannot spend the same bitcoins twice. The way that miners verify these transactions is by solving a complex mathematical problem, which requires a lot of computing power. Once a miner solves this problem, they then add a block to the blockchain and are rewarded with bitcoins for their work.

The amount of bitcoins that miners are rewarded with per block decreases over time. This is due to the fact that there can only ever be 21 million bitcoins in existence. As more and more bitcoins are mined, the reward for mining new blocks gets smaller and smaller. This decrease in rewards is called “halving.”

Interesting Related Article: “Crypto Mining vs. Trading: Which One Should You Choose?”