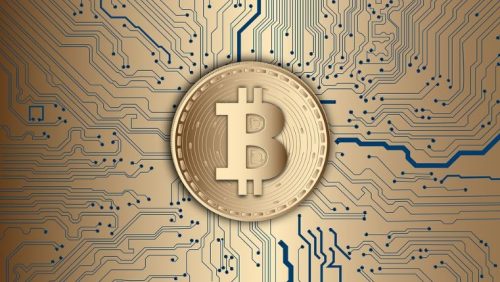 What is Bitcoin Mining?

Bitcoin mining is the process of verifying and adding transaction records to the public ledger (blockchain). This ledger of past transactions is called the blockchain. Bitcoin nodes use the blockchain to differentiate legitimate Bitcoin transactions from attempts to re-spend coins that have already been spent elsewhere. Nowadays there is plenty of efficient platforms such bitcoin decoder that is working very efficiently for their users.

Mining is also the mechanism used to introduce Bitcoins into the system: Miners are paid any transaction fees as well as a “subsidy” of newly created coins. This both serves the purpose of disseminating new coins in a decentralized manner as well as motivating people to provide security for the system.

Bitcoin mining is intentionally designed to be resource-intensive and difficult so that the number of blocks found each day by miners remains steady. Individual blocks must contain proof of work to be considered valid. This proof of work is verified by other Bitcoin nodes each time they receive a block. Bitcoin uses the hashcash proof-of-work function.

The primary purpose of mining is to allow Bitcoin nodes to reach a secure, tamper-resistant consensus. Mining is also the mechanism used to introduce new Bitcoins into the system. Miners are paid transaction fees as well as a subsidy of newly created coins, called block rewards. This both serves the purpose of disseminating new coins in a decentralized manner as well as motivating people to provide security for the system through mining.

What are Bitcoin Miners Actually Solving?

Bitcoin miners perform complex calculations known as hashes. Each hash has a chance of yielding bitcoins. The more hashes performed, the more chances of earning bitcoins. Most people join a mining pool to increase their chances of earning bitcoins. Mining pools pay for high value hashes known as shares. The default mining pool issues payouts weekly to accounts with at least 5000 Satoshis. If an account doesn’t reach 5000 Satoshis during a week, the balance is carried forward (it is never lost).

How Does Bitcoin Mining Work?

The bitcoin network deals with this by collecting all of the transactions made during a set period into a list, called a block. It’s the miners’ job to confirm those transactions and write them into a general ledger. These blocks are extremely difficult to produce because there’s no way of knowing which combination of transactions will be valid, and all the miners are competing with each other to find the right one. As a result, it takes an enormous amount of electricity to mine just a single coin: 390 kWh for one bitcoin, according to recent research by power-plant owner PowerCompare.co.uk. That converts to almost $165 worth of electricity at U.S. retail prices.

To make matters worse, the difficulty of successfully mining a block increases every two weeks, as more and more miners join in. The competition is so fierce that even very powerful supercomputers can’t manage more than a tiny fraction of all potential hashes. The current record is 12 terahashes per second, set by the BitFury Group’s custom-built ASIC miner.

That doesn’t mean there’s no way of making money from bitcoin mining. People with specialized hardware can still turn a profit by mining coins that are easy to process but hard to crack, like Monero and Ethereum Classic. But even if you buy the best possible miner out there, you’re still at a huge disadvantage compared to professional mining operations. They have economies of scale, spending millions on industrial-grade mining hardware. They also have access to cheap electricity and locations with very cool climates—both of which reduce the cost of running 24-hour operations.

How Much Can I Earn?

In the early days of Bitcoin, anyone with a decent PC could generate Bitcoins through Bitcoin mining. Today, you need to collaborate with other Bitcoin miners in pools, strategically choose the location of your Bitcoin mining operation, and purchase ASIC-powered computers that are specially designed to handle Bitcoin mining.