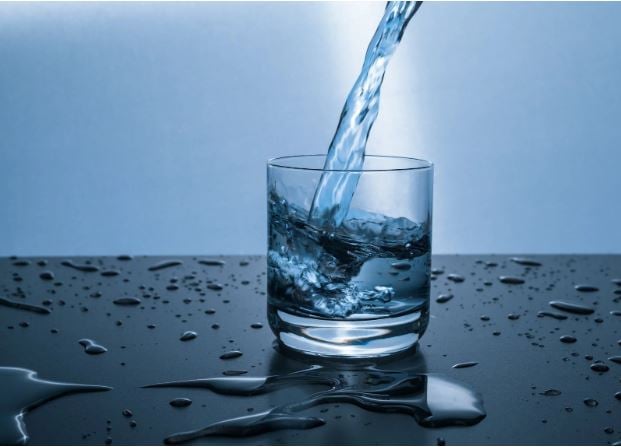 Water shortages and droughts are common occurrences in the world nowadays, with American households even being prevented from watering their gardens in order to conserve water during the dry season.

Even though the world is composed of 70% water, only 2% of it is freshwater. And of this 2%, 1.6% is located in glaciers and polar ice caps, rendering it unusable. Hence, the global population of over 7 billion is relying on the 0.4% to live on.

With water pollution and climate change further reducing the global supply of water, it is imperative for everyone to start conserving water so future generations will still have an ample supply. The textile industry is a good place to start.

“The general current states of the fashion industry can be described as an environmental and social emergency. Nearly 20 percent of global waste water is produced by the fashion industry, which also emits about ten percent of global carbon emissions. In addition, the textiles industry has been identified in recent years as a major contributor to plastic entering the ocean, which is a growing concern because of the associated negative environmental and health implications,” the United Nations stated.

Despite this huge cost to the environment, 87% of fiber input intended for clothing is wasted every year, resulting in scraps worth over US$1 trillion. Unused fabrics do not only lead to a waste of a massive amount of money, but it is fundamentally detrimental to the environment and is not sustainable, considering the continued destruction and depletion of natural resources.

Queen of Raw and its part in water conservation, sustainability

Queen of Raw, a blockchain-based online marketplace, has seen the urgent need for water conservation and sustainability of the textile industry. By buying and selling unused fabrics, Queen of Raw has already saved more than a billion gallons of water.

“To have a massive impact, we need access to a marketplace to ensure that everyone—from the top level to the bottom, large (famous) brands and retailers need to be involved. We needed tools and technologies for them to be able to use. The fashion industry is majorly focused on the finished product, so you end up with a lot of leftovers that become waste in addition to problems related to supply chain, technology and data collaboration,” New York-based entrepreneur Stephanie Benedetto, founder of Queen of Raw, said.

Through Queen of Raw, Benedetto has established a blockchain marketplace that allows its over 400,000 users comprised of luxury fashion brands, fashion designers, fashion students and independent vendors, suppliers and buyers to keep deadstock fabrics in circulation, effectively reusing and recycling fabrics that were already meant to be disposed of.

Queen of Raw measures the gallons of water it saves, the pounds of dangerous chemicals it prevents from polluting the environment, the tons of carbon dioxide it inhibits from being emitted into the atmosphere, the dollars it saves and the tons of waste it limits for every deadstock fabric it buys and sells.

Queen of Raw and blockchain technology

According to Benedetto, there was a supply-demand disproportion that culminated in the massive amount of deadstock. Blockchain technology, a distributed ledger that allows for immutable data to be recorded in a timestamped manner, allows for this gap to be bridged.

“People relied on pen and paper in the past, so how to ensure data integrity? How do you know it’s waste (dead) stock in the first place? That’s where the blockchain comes in, which now stores an exhaustive record of the fate of each yard of fabric regardless of which warehouse or brand it belongs to,” Queen of Raw CTO Phil Dermaso pointed out.

However, selling the idea of a blockchain marketplace for fabrics to customers is not an easy feat. While blockchain is gaining ground as a viable technology, it is still something new and complex that most top executives cannot wrap their heads around.

“It is particularly challenging when the brands are being led by a different generation of C suites and the biggest legacy systems. Then you can’t lead with B-word blockchain, T-word technology, or even S-word sustainability, but you can lead with the fact that you are selling invaluable material and putting that money back into digitizing their businesses. If you point out the high costs and liabilities to the CFOs, CMOs and CTOs, they come forward,” Benedetto revealed.

With blockchain technology, inventory has never been easier yet beneficial. All items can be tracked from all steps within the supply chain and inventory yields valuable data that can be used to gauge brand loyalty and brand awareness level.

“It is best only when you can do it in an economically profitable way, and that is a big key of how and why we use blockchain. And this is the reason why we do what we do to make it an economic win for everybody,” Benedetto said.

The need for brands—whether luxury, household names or independent—to transition to a more environment-friendly and sustainable system is highlighted by the current pandemic.

Despite many critics of the blockchain marketplace, Queen of Raw has shown that it can be a part of the solution to the global problem of water wastage and sustainability in the textile industry by providing clients not only with green products, but an engine that also takes care of the technology, logistics and legal aspects of procurement for businesses.

You may be interested in: How Is the Raw Material Crisis Affecting Other Industries?