5 Reasons why Boston is America’s Next Rising Tech Hub 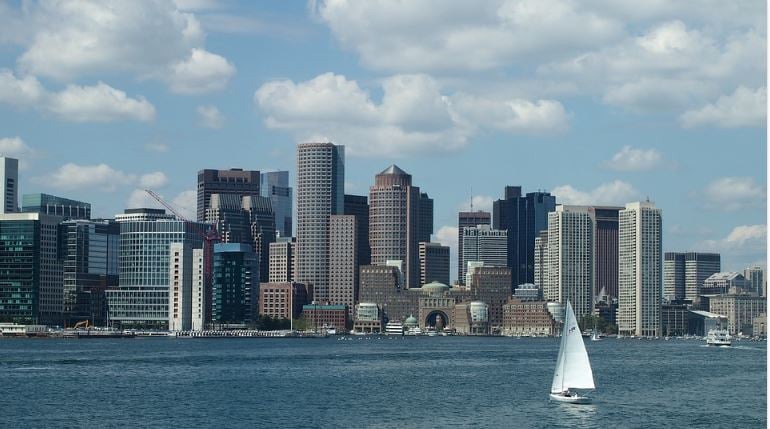 Silicon Valley is the first tech hub most people think of, though businesses are fleeing it for a number of reasons. This is why new tech centers like Silicon Alley or Silicon Prairie in Austin are now starting to get recognized. Despite its history as a technology and innovation center, Boston has often been overlooked as a tech hub, but not anymore. Here are five reasons why Boston is America’s next rising tech hub.

Boston and its environs contain 57 colleges and universities. The most famous are Harvard, Cambridge, and the Massachusetts Institute of Technology. Why fight to recruit world-class talent when you can find it in abundance here?

Then there’s the fact that these world-class universities come with world-class connections and resources. There’s a city-wide support network for both startups and established tech companies. Another point in Boston’s favor is the broad but deep knowledge base. The company has more than IT gurus and innovative engineers. You can find top-notch legal services, tech-focused PR firms, and financial firms and venture capitalists willing to invest in tech.

Ironically, this tech ecosystem explains why tech giants are opening engineering, R&D, and East Coast headquarters in the city. That provides additional experienced talent for other tech firms, while the possibility of working there attracts qualified talent to Boston.

The Relatively Low Cost of Living

One of the things driving businesses out of Silicon Valley is the high price of living and working there. According to this article titled “The Real Cost of Living in Boston”, the cost of housing in Boston is a fraction of that of hotter markets. For example, the cost of a house in Boston is half the price of a home in New York City, a market that rivals San Francisco as having the most insane real estate prices.

The low cost of living in Boston makes for more affordable real estate for businesses in need of space. This saves startups valuable cash because it translates to lower labor prices. Their employees don’t need as much money to just live since the rent on a one-bedroom apartment is about a third less than Silicon Valley. This makes Boston one of the more affordable major metropolitan areas in the U.S.

Their money in other areas goes farther in Boston, too. The cost of food in Boston and the cost of entertainment in Boston is decent. One report says you could spend less than $400 a month on food if you stick to simple groceries and don’t eat out. If you do eat out, you’ll spend 15% to 20% less on a fancy night out than you would in Silicon Valley.

The Local Support for Tech Firms

We can mention Boston’s Startup Czar, but it takes much more than this to nurture startups and help established firms grow. What businesses find is a government eager to help them grow. There are several venture development centers and business incubators, and that’s in addition to the city’s programs aimed at helping entrepreneurs. Its resources include panels, networking events for entrepreneurs, and even technical assistance.

On top of this is the massive amount of tech academic research and development spending in Boston. Cambridge alone spends three times as much on such research as all of Silicon Valley.

The Diversity of Boston’s Tech Ecosystem

Boston is probably best known for its large number of biotech and pharmaceutical firms. However, its tech ecosystem is much bigger and more diverse than that. There are tech startups and existing firms in travel, business services, gaming, e-commerce, and other areas.

Another point in Boston’s favor is how many women are a major player in tech in Boston. It isn’t just a few prominent female CEOs. Boston has a 21% growth rate among women in tech in the state. This is the second highest growth rate among high-tech states. Women also account for ten percent of the board members at Massachusetts-based tech firms. On top of this is the international student population attending Boston’s world-class universities. If you’re looking for diverse talent, this makes Boston the place to be hiring.

Boston may not have as many venture capitalists as San Francisco, but it has a supportive, early-stage investing community. Where Boston stands out is in the odds of receiving funding. There are new venture funds starting up to invest in tech startups, but there are fewer tech startups in Boston than Silicon Valley. And when you have less competition for the funds, you have a better chance of getting funded. Boston raised four billion in funding back in 2014, a billion more than the year before, and it has continued to see growth in this area. The number of Massachusetts companies hitting Wall Street is also increasing the respect Boston area tech firms receive when they approach other investors. This explains why nearly a tenth of tech firms in the IPO pipeline are based in Massachusetts.

Forget San Francisco and New York and take a look at Boston. It has been fostering a tech ecosystem that rivals these more famous names, and it has a number of advantages over them. This explains why Boston will be America’s next big tech hub.