Whether you’re a business owner or looking to create and build your own personal brand, having a social media presence is more crucial than ever. But it’s not enough to simply be active online. If you want people to take you—and the message you’re sending—seriously, you need to have some sort of authority.

The way most people measure the reputation of a social media profile is by how many followers it has. The higher the number of followers, the more trustworthy and reliable a brand is generally deemed to be, as it hints that you have a dedicated base of customers and fans. However, that’s no longer enough, and it’s becoming increasingly clear that other factors come into play when crafting a social media page, particularly the follow ratio of a profile. 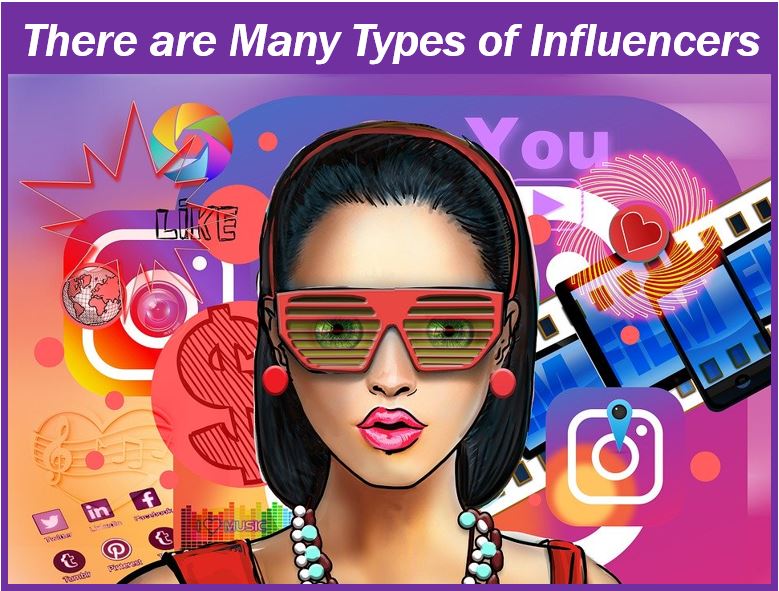 The following/follower ratio is simply how many followers you have in comparison to how many accounts you follow. As we’ve mentioned, having a high follow count shows visitors to your account that you’re a legitimate entity, and indicates that you’re worth following. This helps to turn an average user into an influencer. If you don’t have many followers but you’re following hundreds or thousands of accounts, it could signify to others that your content is spammy or simply isn’t all that good, which obviously isn’t the image you want to portray.

That said, the metrics for separating personal accounts from those of influencers are a little more defined than simply stating that an account with thousands of followers is automatically an influencer. The difference between personal and influencer accounts is generally categorised into different tiers to distinguish how much influence each account has based on the follower count:

Unless you’re already a very famous and established brand (imagine if Nike were to launch a new account), this is where every business and account starts off, including your own. These are accounts that hold influence within their community, and tend to have a very high level of engagement.

This is the most common group of influencers online. They’re known as experts in their industry, which gives them a high level of authority. Followers tend to see their reviews as very trustworthy, and their content encourages a relatively high level of engagement.

This group of users are almost celebrities. People know who they are, but they’re not yet at the A-list level. While they have a huge following, and will get some engagement, they may not necessarily be considered as trustworthy, as they’re often paid to post adverts, which can make users sceptical.

These are your household names, celebrity and brand accounts. They have a huge global reach and everyone knows who they are. Content posted by accounts at this level reaches a wide audience as soon as each post is made. However, there isn’t a real connection with their followers, so engagement might not be relative to the follower size.

While the number of followers you have can reach well into the millions, it’s important to note that you cannot follow more than 7,500 accounts at a time. This means that your following/follower ratio always has the potential to grow, beyond your maximum following count. If you’ve been active on social media for at least 10 years, you probably remember when ‘follow for follow’ trends were big, and people would take part purely to grow their own social following, disregarding the fact that the followers wouldn’t necessarily engage with their posts. In other words, they were empty follows.

Why you need engaged followers

If your follow ratio is balanced, or you’re following way more accounts than the followers you have, this indicates that you’re only interested in the numbers and not the engagement. This is much like the trend of buying followers, which aims to make an account appear more influential than it really is. However, it’s not enough to just have followers—you need to encourage the engagement that goes with it as this is what gives you influence. There’s no use posting about your brand if no one is going to actually pay attention and follow the advice you give.

Engagement is measured through:

Boosting these figures works to promote your brand and, hopefully, encouraging others to follow your account. The best way to get any sort of engagement is by gaining followers in an organic way. This means posting content that your audience actually wants to see and will, therefore, react to. To do this, you need to build a social media plan that involves “creatively curated and effectively targeted content”. As social experts MN2S explains, this requires a mix of technical knowledge and marketing expertise.

How to maintain your follower count

Once you’ve started building your online community, you need to put in the work to actually maintain and grow it. An effective social media strategy is well-thought-out and ongoing, so you’ll need to constantly continue to create engaging content. If you want to experiment with the type of content you post, but aren’t sure how well-received it’s going to be, we suggest utilising your stories on Instagram and Facebook. Change up your posting style and see if your audience responds well to it by tracking the replies and reactions. If you’re happy with the initial response, you can start posting similar pieces on your accounts.

You should also think about your posting schedule. It’s crucial to catch your audience when they’re most likely to be scrolling through social media whether that’s early morning, lunchtime, or late at night, so you need to figure out exactly when that is. Play around with different posting times to see when you get the most engagement, and plan your strategy around those peak periods. If you keep your audience and followers engaged, they’ll be less likely to unfollow you.