The collector’s market continues to boom and doesn’t show any signs of slowing down soon. While car collection is not cheap, owning a classic is no longer a reserve for the rich. Some of the cars on our list have been off the radar for some time, while others are common so their prices are reasonable. 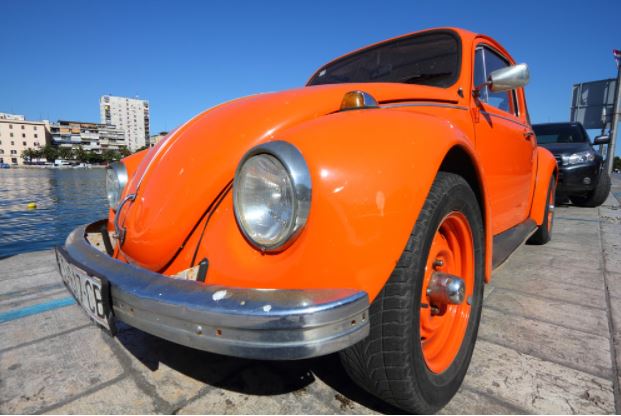 These four cars are stunning, have great horsepower, and drive like a dream. You don’t have to be a billionaire to become a car collector in 2021. If you have a tight budget, get one of these at temptingly low prices.

The Datsun 240Z, 260Z, and 280Z are well-known for their reliability and six-cylinder engines. They are easy to handle, drive well, and boast exceptional horsepower. They are some of the most beautiful Japanese cars ever built. Their 2-door design also makes them sleek and attractive.

Built with a rear-wheel-drive layout, the Datsun Z cars have short overhangs, a long nose, and a superb chassis. Skip the 70-71 models because they are relatively scarce, so their prices tend to be higher. The 280Z, which was produced between 1972 and 1979, is available at a more reasonable price.

You can never go wrong with Volkswagen. The parts are easily available and the brand has a large fan base. In the United States alone, 17,000 Corrados were sold between 1990-1994. It’s more attractive and faster compared to the Golf GTI but comes with a higher price tag.

The Volkswagen Corrado G60’s iconic style never goes out of style. And the best thing about it is it features electronic traction control and a power rear spoiler. It can go from 0 to 62 mph in 8.3 seconds and reach speeds of up to 140-mph. The VR6 version goes from 0 to 60 in 7.1 seconds. If you have $4,600, you can buy this car.

Dubbed “Mister Two,” the first-generation Toyota MR2 is a classic car that’s over 30 years old. An exotic-looking car, it brings to mind memories of when Toyota still built fascinating cars. It’s an extremely reliable piece of machinery with rear-wheel drive and a mid-engine.

The first-generation model is a head-turner, but the supercharged one released in 1988 is more exciting. It has a five-speed manual gearbox and a four-cylinder engine with a horsepower of up to 130.

You can drive this car daily because it’s easy to maintain. Expect to pay between $5,000 and $10,000 for the first generation version. The supercharged models are more expensive.

The BMW 3-Series is an 80s era collector’s car. The E30-generation models are in high demand in the collectors’ market. While M3 models are expensive, the 318i and 325i are fairly affordable.

The BMW 3 Series E30 model is available in coupe, convertible, and sedan body designs. The 325i has a 2.5-liter straight-six engine with 168 horsepower. The 318i was only produced in 1991 and features a lighter engine with 134 horsepower and a 1.8-liter capacity.

These cars have always been popular for grassroots racing and are now in demand because many people are converting them into track rides. If you want to own one for less than 10K, act fast.

One of the best ways to get a collector’s gem is by visiting lenders whose borrowers have defaulted on their auto title loan and had their cars repossessed. Alternatively, you can surf the web to find any of these amazing cars before their price shoots.