Buna vs. Viton: Which Sealing Application Is Best for Your Company’s Needs? 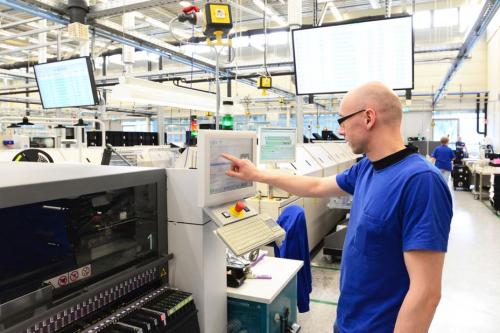 As a business owner or manufacturer, you may be familiar with both the Buna and Viton brands of rubber. While you may know that both of them are technically called “elastomers” and are used in the sealing application process, you may be unsure of the specific similarities and differences between the two, as well as which one might be better for your specific company’s needs.

With this in mind, let’s compare and contrast Buna and Viton, which will hopefully allow you to decide which one is the ideal option for your products.

As Humphrey notes, both Buna and Viton are commonly used rubbers that offer great sealing power. They offer outstanding compression set resistance, and both are made to withstand most lubricants and oils, especially those made from petroleum. Both Buna and Viton will withstand temperatures that range between 5 and 250 degrees Fahrenheit, making them solid choices for general industrial use.

Buna, which also goes by other names like Nitrile, Perbunan or NBR, does especially well in applications that involve abrasion resistance and metal adhesion. According to Prescription Plastic Ball, Buna also offers good to excellent solvent and oil resistance, making it an outstanding choice for the tough automotive environment.

Because of its versatility and petro-resistance, Buna also does well inside marine fuel systems, hydraulic and water systems, automotive and aircraft manufacturing, and anything else that requires seals that are highly oil resistant. Also, while Buna does have an inherent amount of chemical resistance, it is not as resistant as Viton — for instance, Buna is negatively impacted more by both ozone and the weather. However, in many cases this will not be an issue, and Buna is also exceptionally resistant to tearing, making them a great choice for tough industrial uses.

Viton, which is also sold under the name of DuPont Performance Elastomers, is a fluorocarbon-based compound that does well and resists swelling in high octane and oxygenated fuel blends. Viton can also handle the high temps that steam can generate. As Apple Rubber notes, Viton can be used in seals for aircraft engines, in systems that include exposure to a wide number of chemicals and in the hard vacuum service.

In addition to withstanding very high temperatures, Viton seals provide outstanding resistance to oxidation, UV exposure, mold, weather and fungus. On the flip side, if you are looking for a seal that requires a lot of flexibility in low temperatures, Viton is not the best option — it thrives in the heat but becomes more firm and less yielding in super cold temps.

Which one is best? That is for you to decide

Both Buna and Viton are outstanding sealing options that can be used in a wide range of applications and industries. However, to be sure you are spending your money on the best possible type of rubber seal, review the aforementioned tips and if necessary do some additional research to decide which option is best for your particular product.