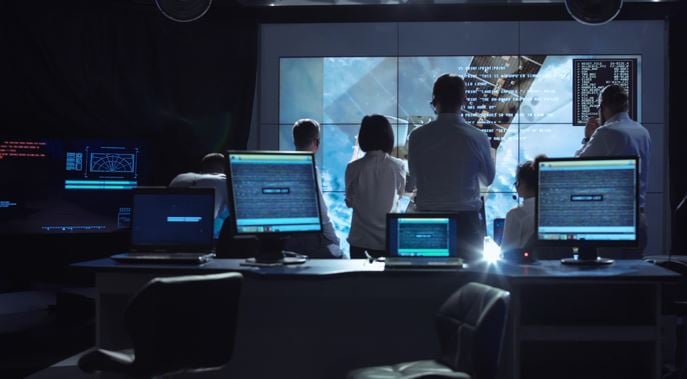 NASA is rightly best known for its stunning history of achievements in space exploration, from the first manned lunar landing to the Kepler Space Telescope’s detection of planets outside the solar system. But the space agency also boasts an impressive record of business achievements.

NASA currently operates on a budget of $20 billion annually in federal funding, an investment which generates $10 for the economy per every dollar spent through NASA and other agencies. Spinoffs from NASA research and development have inspired over 2,000 commercial products that contribute billions to the economy each year, including innovations such as aircraft anti-icing systems, solar cells and artificial limbs, to name a few.

Landing the Apollo 11 astronauts on the moon took years of careful planning by NASA. The Apollo Guidance Computer on the spacecraft and lunar module had to be accurate enough to guide the astronauts over a quarter million miles to a landing spot within 500 to 600 feet of the mission’s designated target. To assure this degree of pinpoint accuracy, the Apollo 10 astronauts rehearsed every detail of the lunar mission with the exception of the landing itself, stopping just 47,000 feet from the moon’s surface, the New York Times reports. The result of this careful planning was the first successful manned lunar landing.

The Apollo 11 triumph serves as a metaphor for the crucial role that planning plays in business success. One of the top reasons most businesses fail is lack of a well-crafted business plan. The more time you invest in developing and maintaining a sound business plan, the better chance your enterprise has of succeeding.

The Apollo 11 mission plan succeeded because of careful attention to detail. On the other hand, some of NASA’s biggest failures have resulted from failure to attend to small details. The most tragic example is the fatal Challenger explosion, which killed seven crew members and grounded the space shuttle fleet for nearly three years due to safety concerns.

Investigators traced the explosion to the failure of NASA decision-makers to heed warnings that a critical o-ring sealing a link between fuel rod segments had not been tested under extreme cold conditions. The o-ring became stiff the morning of the launch, compromising the seal and allowing hot gases to reach volatile tanks of liquid oxygen and hydrogen, triggering the explosion.

This illustrates how a detail as tiny as an o-ring seal can make the difference between business success and failure. For instance, silicone o-rings are favored for performance under extreme temperature ranges from -85 degrees F to 400 F, while Neoprene o-rings are suited for refrigeration applications because they are resistant to Freon. Paying attention to small details such as this can help ensure that your business plans achieve their intended results.

NASA did not achieve its successes by going it alone. At its peak, the Apollo program employed 400,000 people and received support from 20,000 universities and companies internationally. Research and development was contracted to leading private companies such as Boeing and Lockheed. Tapping into these resources gave NASA access to greater expertise and manpower than if it had relied exclusively on its own internal resources.

NASA’s use of contractors and outside experts exemplifies how outsourcing can give companies a competitive edge. Small business owners often burn themselves out trying to do too many tasks in-house. Functions such as accounting, tax preparation, administrative assistance and marketing can often be handled more efficiently by outside contractors, freeing up your internal team to concentrate on your core competencies.

Shoot for the Moon to Achieve Your Business Goals

Strategies such as planning, attention to detail and outsourcing have helped NASA achieve its vision of putting America on the moon and exploring worlds beyond our galaxy. Replicating these strategies can help your business achieve stellar results as well. When you combine lofty goals with a down-to-earth, detailed plan for achieving them, the sky is the limit for business success.