Camera designs made with 3D printers are innovating the photographic world 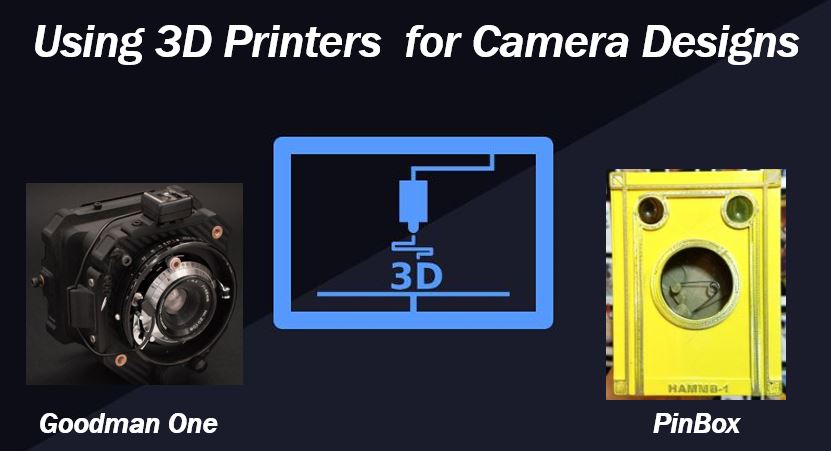 Guns, space stations, organs and now even pizza will do. The possibilities of 3D printers are many. Scientists are increasingly investing in the development of this technology, which is beginning to arrive gradually in England homes. The number of handsets available to the end user in the country is growing, but they are still expensive and have some limitations on printable material and the size.

The technology is revolutionizing the industry

3D printing machines are revolutionizing the industry, that is a fact. Proof of this is that the technology is even being used to lift entire homes. So it would be natural to also impact other spheres, such as the world of photography. For example, it is what some London Headshot Photographer services often deal with. This is the case with PinBox (from Hamm Camera Company), which incorporates 3D printed film reels.

Another case is Goodman One, an open source camera that was developed by Dora Goodman and can be found for free download on their website. And finally, there are crowdfunding camera projects, such as Standard Camera and Cameradactyl, which use very affordable and lightweight 3D printed 4×5 film.

Analog cameras get a new breath thanks to 3D technology, in short because 3D printing is more affordable and prototyping is faster. These elements therefore make the whole process easier and more practical.

Of the three mentioned, stand out Cameradactyl and Camera Standard, the latter being a 4×5 vision camera that the user himself can mount. It was created by award-winning photographer Drew Nikonowicz and is available on Kickstarter for prices ranging from $ 320 to $ 350.

Camera Standard is not finished yet, though: Nikonowicz gets constant feedback from the community and is always improving the set. He even plans to use the money raised at Kickstarter to increase the productivity of his 4×5 cameras by printing at least 2 complete ones a day. The photographer also adds that his project could be used by educational institutions and workshops.

Cameradactyl is also a 4×5 3D printed camera, but unlike Nikonowicz, it is designed in vibrant and customizable colors. The project was devised by Evan Moses and, again, is available on Kickstarter for $ 225. Whoever sponsors this model, by the way, gets a fully assembled with customizable colors.

Moses reveals that he chose to mount a cheaper camera because, when searching for filaments, he realized that the cheapest was the hot pink. Cameradactyl’s creator built cameras all his life, and with the 3D technology that came along, he even printed screws and components. Moses says he bought more 3D printers before launching the campaign on Kickstarter, spending thousands of hours producing his cameras, something he claims has become faster and more affordable.

He adds that “3D printing and modern manufacturing technology will allow people to create toys and cameras that work as well as a Leica or Nikon with glass lenses and mechanical metal parts”.