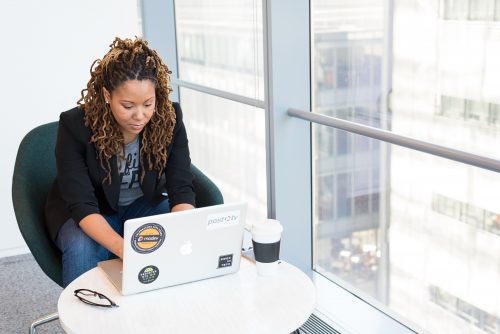 Tech is still a difficult industry for black men and women to break into. Though many companies are aware that African Americans are underrepresented on their payrolls, and especially so in senior management positions, implicit bias is still visible. This is despite many organizations now seeking to hack diversity and to foster inclusivity, and despite Congress having passed initiatives to promote tech diversity many years ago

This said tech is also a large and diverse sector, and blacks are making progress in certain sections of the industry. One of the most prominent of these is the “influencer” role: individuals who are not employed in large tech companies, but whose opinions have an outsized influence on the development of the industry.

In this article, we’ll look at the challenges that blacks face in the tech sector, and why the “influencer” role has emerged as an important element in promoting diversity.

Analysis of the role and level of representation in the tech sector mirror those of black participation in the wider economy. It has long been recognized that blacks are underrepresented in Silicon Valley, at all levels, and a poll by CNN Money found that both racial minorities and women still find it difficult to break into the industry. This has led to accusations that the tech sector suffers from racism, a predominance of implicit networks, and racial bias.

Opinions on why this is the case vary. Wayne Sutton, a former partner at the NewMe accelerator and founder of PitchTo, has told Business Insider that the bias here is not against racial minorities per se, but against those who do not share the philosophy of the sector as a whole.

“The bias in Silicon Valley is about creating great companies, solving big problems, making a lot of money, and impacting the world,” Sutton said. “That’s the bias. If you’re doing that in Silicon Valley, no matter what, you have a chance.”

This is, of course, a problematic argument. The line here appears to be that blacks don’t get hired by tech companies because they aren’t well suited to the cut-and-thrust world of disruptive tech startups.

Let me offer an alternative hypothesis. It’s not that black tech workers aren’t suited to disruptive startup culture: it’s that this kind of company still represents a tiny fraction of the tech sector as a whole. Despite many articles, movies, and tv shows presenting the culture of Silicon Valley as a revolution in the way that we do business, the reality is somewhat more mundane.

Tech companies, as a rule, are not the kind of small, creative, free-for-all environment that many people still think they are. The tech sector is still dominated, after all, by five companies, all founded by white men. Below these behemoths exist hundreds of (still enormous) tech companies providing incremental improvements on software solutions that have existed for decades.

Though “disruptive” tech companies like Uber and Netflix tend to grab the headlines, in reality, most of the companies working in “the Valley” are focused on more mundane projects: accountancy software, network infrastructure, and incremental improvements to email security and efficiency (that’s right, email is still the most popular form of communications).

In this context, it’s no surprise that blacks find it difficult to get ahead in tech. Many of the biggest companies in the sector have corporate cultures that have changed little since their founding and are so large that genuinely increasing diversity in them is a mammoth task.

All this said black people are making a major impact on the tech sector: it’s just that this impact is hard to measure by email marketing services in surveys on the number of black people in the top jobs. The power of “influencers” in the industry is sometimes viewed with skepticism from the entrenched powers in the sector, but it is clear from lists of the top black tech influencers that there is a quiet revolution occurring.

Many of the top black tech influencers have similar career trajectories. Instead of developing novel tech solutions (in which area the “Big 5” still reign supreme), they start tech companies focused on foregrounding the voices of racial minorities in the US.

These companies then get acquired by larger, more conservative firms, who value them for the connection they have to hard-to-reach customer groups. These connections are then used to develop email marketing campaigns that sometimes undermine the original vision of the founder.

This has been the case for several tech companies owned by black people over the past few years. Blavity, a tech company that focuses on sharing experiences from black millennials, was founded seven years ago and has grown to reach more than seven million people a month, but now attracts seed funding ($6.5 million in 2018) based largely on its ability to reach the black millennial market with advertising.

The success of black tech influencers in recent years is certainly a cause for celebration, as is the growing number of racial minorities in parallel fields such as UX research. However, in order for this success to genuinely affect the racial bias that still haunts the sector, much remains to be done.

Primarily, in order for minority voices to be valued by tech companies, a shift in perspective will need to be achieved: away from the idea that “users” are only valuable in terms of advertising revenue and toward a genuine welcoming of their diverse voices across the sector.