Can I Sue a Retail Store For Personal Injury? 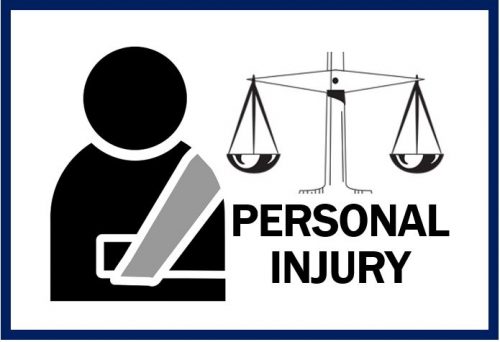 In a legal dispute, the negligent party is generally responsible for compensating the other party, due to their negligence of another person or persons. Determining negligence is the main element in a legal dispute over personal injury or most legal cases. A negligent person has to be found to be reckless in light of the circumstances.

Situations such as a car accident is usually determined easily, but it may occur in a variety of situations. Emotional damage, such as PTSD, that arises as a result of negligent behavior is also grounds for a lawsuit.

In a retail store setting, a customer can suffer an injury as a result of the store’s carelessness. Typical cases of personal injury claims against a retail store include a slip and fall incident, building flaws, and weather risks, among others. This generally falls under a premise liability lawsuit, in which the party has proof to seek damages in court.

Wherever an injury happens, you may need to consult with an expert. If you suffer an injury in a store in New York City, contact a personal injury attorney nyc.

Slip and Fall: How Do I Prove It?

A “slip and fall accident” is a catch-all phrase that refers to a variety of legal claims regarding personal injury. One example would be falling on another person’s property due to a hazardous situation. This could be blamed on things like poor lighting or a faulty staircase. When you are hurt due to a slip and fall, you may be able to file a premise liability lawsuit.

The rules governing slips and falls differ from state to state. There are, however, certain common reasons that are taken into account by all state laws. One example is that a person must usually show that the property owner was irresponsible in some way. After establishing that, the plaintiff must show that the shop was in a hazardous state.

Wet flooring could be one example of a store being in a hazardous state. A retail space must have been aware of the problem, but failed to address it in a timely way. Furthermore, their injuries must have happened as a result of the store’s failure to fulfill its obligations to them.

When it comes to negligence in a store, if you were injured while in the store, the court will consider whether the store owed you a duty of care. This is contingent on the court determining whether the plaintiff was invited or a lawful visitor inside the establishment. Furthermore, depending on the circumstances, certain negligence claims may be proved even if the plaintiff was a trespasser.

Things that may help bolster your case include: video of the incident, if there were any witnesses to the accident, or medical records.

Other Claims That Can Be Brought Against a Retail Store

While a slip and fall are the most frequent of claims against a store, other accidents can happen that can also result in a number of lawsuits. These include:

Security Guards: A store employee may hold a shoplifter, but they have to carry this out in a fair situation and must not infringe any of the patron’s fundamental rights. Excessive force should never be used against them. If there is no store security, that is bad too.

Faulty Products: If you were injured because of the retailer’s sale of defective goods, this is also grounds for a lawsuit. If it is used for its intended purpose and it causes you harm, this could be considered faulty. A faulty product is also one that causes harm to a person as a result of a design or manufacturing flaw.

Objects Falling or Runaway Items: If an unsteady product on the top shelf falls on you and hurts you, this is grounds for a claim. Or, maybe a shopping cart hits you. Although retail businesses make every effort to prevent client accidents like these, a plaintiff may be able to sue the company for injuries caused by its carelessness.