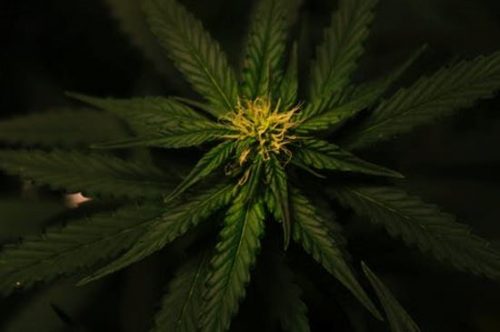 There are different types of Cannabis and they prove the plant’s versatility and expand its use in medicine. Given this imminent expansion, it is essential that the market is informed to understand more fully what it means to introduce cannabis-based compounds in medicines and products, such as oils, ointments and many other presentations.

The use of medicinal cannabis appears in the treatment of several illnesses and with efficacy attested by a series of scientific studies. It is not by chance that the plant has great value for the pharmaceutical industry. In US alone, it is estimated that, in the next 3 years, the cannabis market will have a significant volume.

What type of plant is Cannabis?

Just as in the animal kingdom there are mammals, rodents and birds, among plants, we have different forms of classification. In the case of Cannabis, this means that it belongs to the order of Rosales (plants with flowers), the family is Cannabaceae (which also includes hops, used in the manufacture of beer) and the genus is Cannabis.

As we will see later, there are three plants of the Cannabis genus known and cataloged.

Each of them has unique uses, also distinguished by the concentration of active substances.

Historical origins of the main types of Cannabis

The “cradle” of Cannabis is the Asian continent. It is believed to have been used for at least 6,000 years, since it was cultivated in the immense region between China, Mongolia and southeastern Siberia.

However, it is estimated that the plant has been consumed for at least 10,000 years. In other words, it has accompanied us since the Neolithic Revolution, when man left the nomadic way of life to become sedentary and agricultural.

The first traces of the use of cannabis for medicinal and even spiritual purposes come from this remote period.

In 1578, the Chinese book Pen-Tsao, considered the most complete in the history of traditional Chinese medicine, described the ancient use of Cannabis as a medicinal plant, considered effective in the treatment of joint pain, gout and malaria. Anyway, cannabidiol, one of the main substances extracted from the plant and used in modern medicine, was only isolated in 1963 by the bulgo-Israeli chemist Raphael Mechoulam, the father of Medicinal Cannabis.

This discovery is considered a watershed and, after it, a new era of cannabis studies began.

It was even from there that science would discover the endocannabinoid system, responsible for regulating several functions – among them, the reproductive system.

Today, the main pharmaceutical laboratories that are dedicated to the study and research on Cannabis are concentrated in three subspecies of the plant: Cannabis sativa, Cannabis indica and Cannabis ruderalis. All of them have the same center of origin, but they have adapted to different regions of the world. As we highlighted before, Cannabis is one of the oldest cultures cultivated by human beings.

Over the millennia, different types of Cannabis have been cataloged by Biology. Despite the discoveries made by taxonomists from different historical periods, there are those who consider that the species Cannabis sativa only exists.

We are not talking about the recreational use of marijuana, which has nothing to do with the use of the plant for medicinal purposes, in the fight against a series of diseases. In addition, a derivative product of cannabis, the CBD flower, serves as a raw material for the manufacture of an extensive range of products and inputs.

Widely documented, the medicinal use of cannabis has been shown to be effective in treating a range of health conditions. It can be used in several presentations, and it can be administered in more than one way. Check out some examples:

– Topical products (creams, ointments, among others)

It is clear that despite many people’s negative perception of cannabis, the plant has health benefits.