Can CBD Make You More Productive at Work? 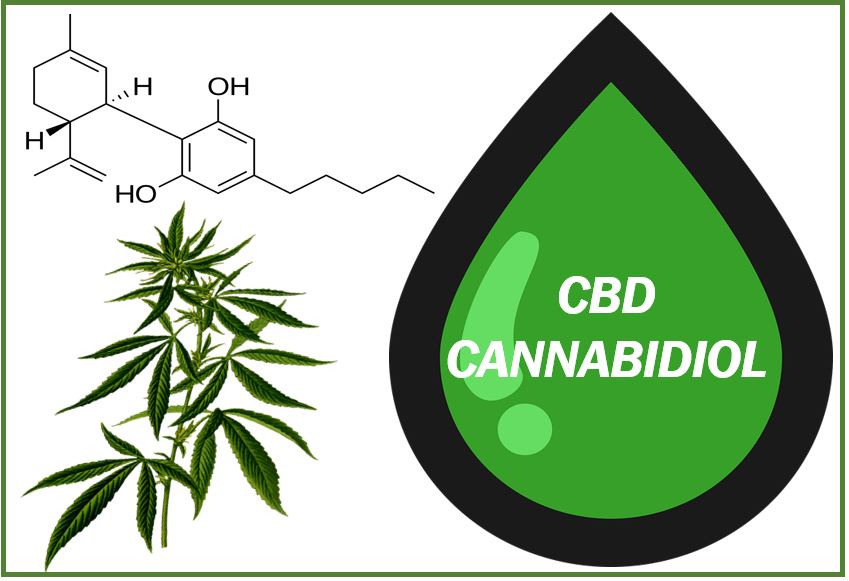 Americans have among the longest work weeks in the world. Many work environments are insanely competitive, and you’re looking for a way to give yourself an advantage and advance to greater heights in your career. Anything that could make you a little more productive – a little more on point – could potentially give you that edge. That’s why you’ve begun to investigate supplements. So, what are CBD’s potential effects on the brain and on energy levels? Could CBD possibly make you more productive at work? In this article, we’ll discuss some of the evidence gathered in recent scientific studies and help you come to your own conclusion.

Keep up to date with the latest information about CBD by bookmarking a reliable CBD review website like cbdreviewsuk.co.uk. Trying CBD for the first time is a big decision, and it’s wise to get the opinions of trusted experts before you buy.

Could CBD Help You Stay Awake?

One of the biggest problems that hampers performance at work is a lack of wakefulness. Every day, you come home from work feeling exhausted. You want to make the most of your time out of the office, though, so you stretch your evenings as long as possible spending time with your family, playing games, reading or watching TV. You go to bed too late, and you wake up feeling even more exhausted than you were the day before. You slam down cups of coffee all day, but it never seems to do much good.

In 2014, Current Neuropharmacology published a review of available medical studies examining CBD’s properties as a wake-promoting agent. The review noted that CBD appears to serve two purposes in modulating sleep in that it seems to both induce wakefulness in normal individuals and improve sleep quality for those who suffer from sleep disorders. Studies on both young adults and rats have produced results suggesting that CBD can help individuals stay awake. In the study on young adults, the CBD dosage administered was 15 mg. The researchers who compiled the review suggested that the differing conclusions various studies have reached regarding CBD’s impact on sleeping and wakefulness could result from differing dosages or routes of administration.

Could CBD Help You Handle Stress?

If you experience stress and anxiety at work, it can be severely detrimental to your performance because it can be extremely difficult to concentrate on a complex task when your mind is already fixated on something that’s causing worry. Fear can also make you indecisive, and indecision is a serious problem for anyone in a management role. You need to be able to think on your feet at work. You need to trust your own ability and make decisions without hesitation to command the respect of those under you. If CBD can help you handle stress and anxiety, it could help you make those key decisions rather than becoming frozen with fear.

In 2015, Neurotherapeutics published a review of available medical literature studying CBD as a potential treatment for anxiety disorders. The researchers compiling the review found ample evidence of CBD’s effectiveness in that area, noting that it reduces existing anxiety without causing new anxiety of its own. The researchers also noted that CBD is unusual compared to traditional anti-anxiety medications because it reduces anxiety without causing drowsiness or other side effects.

In one particularly well-known human study published in Neuropsychopharmacology in 2011, researchers used a simulated public speaking test to induce anxiety in the subjects. In the double-blind study, two groups of 12 volunteers who had never received treatment for anxiety were given either CBD or a placebo. A little over an hour later, the volunteers completed the public speaking test. The volunteers who were given CBD demonstrated significantly less anxiety and cognitive impairment. The members of the placebo group, on the other hand, had much higher anxiety and found it more difficult to complete the test. In patients with social anxiety disorder, in fact, preliminary studies have shown CBD to be as effective as some prescription medications such as diazepam and ipsapirone.

Could CBD Improve Your Mental Acuity?

The idea that CBD could improve memory and mental acuity is a bit of a stretch because, at this time, there are no studies suggesting that. However, there are multiple studies suggesting that CBD improves blood flow within the brain – and that could possibly lead to increased mental performance. In 2004, Neuropsychopharmacology published a study in which two groups of healthy volunteers were given either a large dose of CBD (400 mg) or a placebo. The researchers used neural imaging hardware to see how cerebral blood flow changed among the volunteers. In the study, CBD did increase blood flow to certain areas of the brain – specifically, the left amygdala-hippocampal complex and the left posterior cingulate gyrus. The study’s result doesn’t just show that CBD increases cerebral blood flow; it also further confirms CBD’s apparent ability to help reduce stress and anxiety.

A review published in Pharmaceuticals in 2010 goes a bit further by examining CBD’s ability to protect the brain in the event of an ischemic stroke. The researchers compiling the study, noting CBD’s “anti-inflammatory, antioxidant and neuroprotective effects,” wanted to examine what potential CBD would have to prevent permanent cerebral damage in the event of severe blood loss to the brain. The researchers found that CBD did help to prevent brain damage following a stroke in a laboratory setting. In addition, CBD appeared to increase the therapeutic window for post-stroke treatment, during which time other medications could be administered.

Important Note About the Benefits of CBD

When evaluating the potential benefits of CBD, it’s important for you to remember that most of the clinical studies of CBD currently in existence are either animal studies or preliminary small-scale human studies. For scientists to declare with certainty that CBD has a particular benefit, they would first have to find an effective dose for that purpose and conduct a large-scale controlled trial. Until that happens, the only thing you can do is read the studies and decide for yourself. This article is not medical advice.