Challenging a Will? What You Need To Know

A will cannot be contested simply because a person may not like the terms of the will, or was left out of it. There are valid reasons to contest a will, and they can vary from state to state in Australia. To be certain of the conditions where a will can be challenged, you really need to speak to a professional, such as GMP Contesting Will Lawyers. 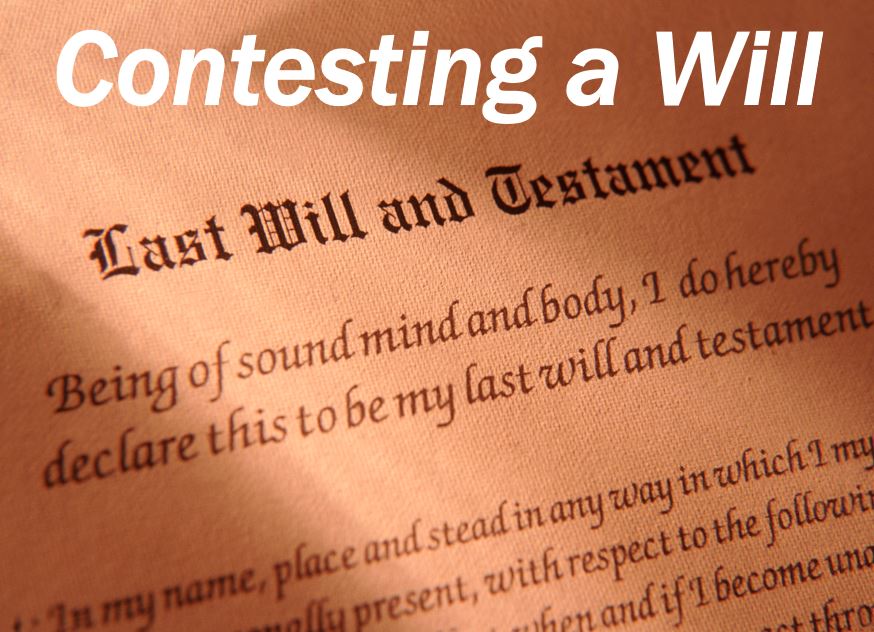 Let’s take a look at some of the scenarios where you could contest a will in Australia, so you at least have a guideline of what’s possible and what’s not.

What Does It Mean To Contest a Will?

It essentially means that an eligible person has a dispute with the contents and division of an estate, and that reason is valid within the state where the will is being executed. On the other hand, if everyone is in agreement with the will, the estate will be divided as stipulated within the will.

The Will Was Manipulated Or Unfairly Coerced

This is likely one of the more common reasons why a will might be contentious. The deceased might have fairly recently met a new partner and changed their will in this person’s favour. While that’s not unacceptable, it does lend itself to suspicions of coercion and unfair manipulation on the part of the new partner.

Other relatives might not be happy with the terms of the new will and decide to contest it on the grounds of unfair coercion. This would particularly be the case if a previous will made provisions for more friends and family members, only for the recent changes to the will to exclude these people, or severely reduce the portion of the estate bequeathed to them.

An elderly man or woman who has found new love late in life can be vulnerable to manipulation and trickery on behalf of a person who has an agenda that’s not all about romance.

If the deceased was not of sound mind when they made or changed a will and signed it, then this is definitely a scenario which opens the will up to being contested.

A person who suffers from diminished mental capacity, such as from a brain injury, Alzheimer’s disease, dementia or some form of neurological disorder, is not considered to be of sound mind. Therefore, it’s determined they were mentally incapable of making logical decisions and drafting a will.

People with reduced mental faculties are also far more easily coerced and manipulated when it comes to the content of a will and the distribution of their estate.

When a person had passed away, they may have left people behind who were dependent on them financially to survive. If these people are adequately taken care of in the will, then no problem, but if not, then this is fair grounds on which to contest the contents and division of the will.

Who is eligible to contest in these circumstances can be different from state to state, so it’s important to first confirm whether you’re eligible by consulting a lawyer. If you discover you are an eligible person, and the will hasn’t sufficiently provided for your needs, then you have a right to contest it.

Forgery of the Will Is Suspected

This means that someone other than the deceased has had a hand in writing the will without the knowledge of the deceased when they were still alive, or even after their passing.

Forgery can be difficult to prove, especially after the person who supposedly wrote the will has passed on and can’t dispute the contents themselves.

The forging of wills does occur from time to time, and if it is suspected, then that’s certainly a very valid reason to contest the will.

No matter what the basis of a contest though, it’s far easier to take proceedings further with the help of an experienced lawyer.

Interesting related article: “What is a Lawyer?“