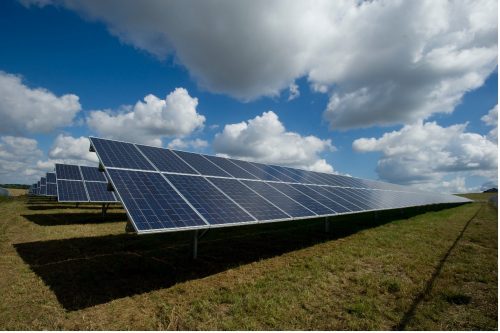 The project marks the country’s latest approach toward harnessing two green energy sources in a complementary manner for power generation.

With an installed capacity of 100 megawatts, the power plant ensures more stability for the utilization of renewable energy. Since solar energy supply is intermittent and unavailable when the sun goes down, tidal waves could replace it by supplying power during the night. Moon’s gravity causes tides in the oceans.

The power plant has been built on over 133 hectares with 185,000 installed photovoltaic modules. Its annual output will be over 100 million kWh to meet the annual electricity demand of about 30,000 urban households.

Compared with the same-size thermal power plant, the hybrid energy power station will save around 28,716 tonnes of standard coal and reduce carbon dioxide emissions by 76,638 tonnes annually.

To ensure the power station’s efficient operation, numerous cutting-edge technologies have been adopted to keep it running smoothly day and night.

According to Tang Jian, general manager of China Longyuan Power Group, China Energy Investment Group, his team has developed a digital production platform, based on transparent data, with an early warning model which enables rapid remote diagnosis of the condition of wind-solar equipment. The current accuracy of such remote diagnosis system is over 85 percent.

Moreover, drones are also involved to free manpower from daily inspection, facilitating routine patrol and maintenance of the station. For example, drone patrolling has greatly reduced manpower required for inspection, saving operation and maintenance costs as the staff can monitor and control the equipment remotely from the main control room.

Up till now, China has become a promoter and leader of global photovoltaic industry development, said the NEA.