Carbon dioxide emissions have plummeted during the coronavirus pandemic, but are rising in some places where restrictions have been lifted.

A research study published in Nature Climate Change in mid-May 2020 states that the estimated decrease in emissions from the burning of fossil fuels has been extreme and probably never seen before. At the peak of the decrease, global emissions corresponded to 2006 levels.

On the face of it, this is great news, but unfortunately, if Wuhan in China is anything to go by, pollution levels will rise rapidly and return to 2019 levels before we know it.

History tells a similar story, with decreases in emissions being short-lived. For example, during the global financial crisis in 2008 and 2009, global carbon dioxide emissions declined by an estimated 1.4%, but in 2010 a growth of more than 5.1% was recorded, which was much higher than the usual long-term average.

Millions of health professionals and many organizations, including the World Health Organisation (WHO) are rallying for a green, healthy recovery from COVID-19, and calling on governments and leaders worldwide to be proactive. They desperately want action that will cut fossil fuel subsidies and lead the way to clean renewable energy. As WHO points out, millions of people die as a result of exposure to air pollution every year. It has to stop!

The new study explains how government policies during the deadly pandemic have dramatically changed the patterns of energy demand globally. International borders have been closed, air travel halted, and people worldwide have been confined to their homes, reducing the need for transportation.

Ultimately, by confining people to their homes, preventing children from going to school, and shutting down industry, the world came to a standstill leading to dramatic changes in the use of energy. This, in turn, has had incredible impacts on worldwide CO2 emissions.

At the same time, increasing scientific evidence shows that poor air quality, which is commonly associated with the burning of fossil fuels, impacts on the mortality rates of COVID-19.

The American Society of Heating, Refrigerating and Air-Conditioning Engineers (ASHRAE) has confirmed that ventilation inside buildings can play a vital role when it comes to reducing the risks of the virus. Simply optimizing ventilation systems and improving the quality of heating, ventilating, and air-conditioning (HVAC) system filters and air purification systems can make buildings increasingly resistant to the virus. So, all in all, air quality is key both indoors and outside.

The authors of the study paint a picture of carbon dioxide emissions pre-COVID-19 that shows an increase of 1% every year from about 2010, with no growth last year (2019). At the same time, the production of renewable energy was expanding very rapidly and prices were plummeting. However, renewable energy wasn’t taking the place of energy produced by fossil fuels. Rather, it was utilized alongside it. At the same time, CO2 emissions from surface transportation – cars, trucks, buses, trains, and so on – continued to rise.

Explaining their methodology and equations used to estimate the changes in emissions, they stated that the analysis had been done for 69 countries and that these were responsible for 97% of global emissions. Changes were not estimated in other countries.

Surface transport, along with industry, and power are highlighted as the three sectors of the global economy that account for most CO2 emissions from fossil fuels and the production of cement worldwide:

According to the study, by early April 2020 daily global CO2 emissions had decreased by 17% in comparison with 2019 levels. Just less than half of these were related to changes in surface transportation. In some countries, the decrease in emissions was as high as 26%. Since there is no way of knowing how much longer the crisis will continue, there is no way of knowing what the long-term effect on CO2 emissions will be. The scientists responsible for the report estimate that there will be an overall drop of 2% to 7% in emissions, though it could result in a more significant 13% drop if “some” restrictions remain in place worldwide until the end of the year.

However, there are already reports (not included in the research) that indicate pollution in Wuhan, China, where restrictions were lifted early in April, have already returned to the levels experienced in 2019.

The reality, as the study report highlights, is that the disruption in the demand for the fossil fuels that cause CO2 emissions wasn’t intentional, and it wasn’t welcome, purely because it has led at least in part to a major economic crisis globally. However, it emphasizes how important it is for scientists to keep track of evolving CO2 emission patterns because this information could help government responses to the pandemic that will effectively avoid locking the future course of carbon-intensive emissions. There is no doubt that government action and post-crisis economic incentives are likely to influence the global CO2 emissions path for decades to come.

While reduced human activity drastically reduced air pollution, increased activity will increase it and very likely make it worse than it ever was before … unless a concerted global effort is made to use resources more wisely, to waste less, and to rethink the materials we use.

World leaders have a vital role to play, but companies and individuals do too. For instance, value engineering and peer review specialists can optimize costs throughout construction projects focusing on resources, energy efficiency, and simpler more effective maintenance.

New studies published in the Advancing Earth and Space Science (AGU) journal, Geophysical Research Letters indicate that nitrogen dioxide pollution decreased by up to 60% in China, the US, and Western Europe early this year, as a result of reduced industrial and power plant activity and fewer vehicles on the roads. But this has led to a secondary pollutant, ground-level ozone that causes heart and pulmonary disease. In addition to the damage this can do, now that factories in China have resumed operation, air pollution levels were already higher in April 2020 than they were in 2019.

Ultimately, the positive environmental effects of the pandemic could be used as a panacea for climate change. The actions – or lack of action – in terms of climate change in general and air pollution in particular will have a profound effect globally. If mankind doesn’t act responsibly there will surely be consequences we cannot even begin to imagine. 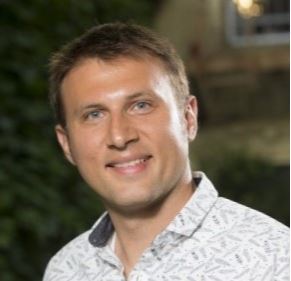 Michael Tobias is the founder and principal of Nearby Engineers and New York Engineers, an Inc 5000 Fastest Growing Company in America. He leads a team of more than 30 mechanical, electrical, plumbing, and fire protection engineers from the company headquarters in New York City, and has led numerous projects in New York, New Jersey, Chicago, Pennsylvania, Connecticut, Florida, Maryland, and California, as well as Singapore and Malaysia. He specializes in sustainable building technology and is a member of the U.S. Green Building Council.