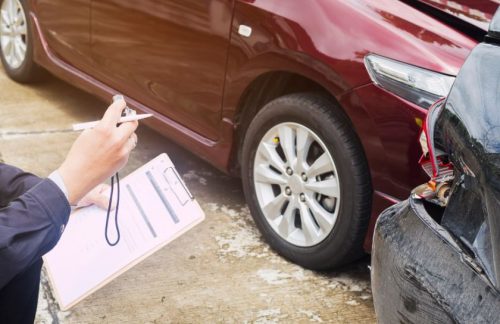 Going through a car accident is always a traumatic and terrifying experience. Even if you take every precaution and are vigilant while on the road, the negligence of another can lead to an accident. In such cases, where another party is at fault, seeking financial compensation for your damages is a wise and understandable decision. However, the laws of commercial truck driving are a bit different and more complex than normal vehicular accidents and require the insight of someone who knows the law well.

After a commercial truck accident, an investigation must be initiated immediately to ensure no critical evidence is lost. Attorney Jan Dils from Jan Dils Attorneys at Law said, “Personal injury lawyers or their investigator tend to collect evidence to support your claim, and some of this evidence is time-sensitive. Hence, it must be collected as soon as possible and preserved to avoid its destruction. One such example are pictures of the accident scene. This includes any damage to the vehicle, any damage to the commercial truck, and signs of the accident on the roadway.”

Apart from this, eyewitnesses and their accounts of the incidents are recorded early on to ensure their memories are fresh. While these are steps taken in any traffic accident, there are a few additional vital steps that must be taken in cases involving commercial trucks. The trucks usually maintain electronic data that shows things like when the brakes were applied and the vehicle’s speed before the accident.

Some of the most crucial pieces of evidence lie with the trucking company and the truck driver. Commercial truck companies usually maintain logs of who the driver was, and when and which truck they were driving. They also show the weight of the freight carried. These logs can help deduce whether or not the truck was too heavy or if the driver was fatigued.

Another crucial piece of evidence within the truck is its Black box. Black boxes are often mentioned in airplane accidents and always play a key role in putting together a timeline. The black box in a truck is similar. It can show speed, any instances of speeding, sudden brakes, and many other things. However, the tracking data might be transferred to the trucking agency, and based on the situation, the company involved can have access to destroy or alter the data. If that is done, proving that the company was the party at fault becomes trickier. But if the original data is available, proving guilt becomes much easier.

Electronic logging devices or ELDs are a requirement for all commercial trucks, according to the Federal Motor Carrier Safety Administration or the FMSCA. These devices can show the number of hours a trucker drives in a larger truck according to the national laws. If one exceeds the allowed limit, there is a chance of an accident and liability in an accident. If the company that employs the trucker had pushed them to exceed the hours, it will be held liable.

Alongside the ELD, commercial trucks also contain an Event Data Recorder or EDR. This is similar to black boxes found in airplanes that record data. It gives more incredible details and more insight into the use of the truck during and before the incident.

Some of the essential details provided by the black box are through the location and Global Positioning System in use within the truck. To fully understand and extract information from the system and tracking technology, an expert is needed. The average speeds the truck is driven at is also available. The usage of cruise control is also recorded. The time of the accident, along with the speeds at the point of impact, is also extractable from the black box. It even has information about the use of seatbelts and if the airbags deploy for any reason.

When pursuing compensation against the truck driver or the company, all these details play a vital role in creating a solid case with substantial evidence. If the driver had tried to prevent the collision appropriately, it would be corroborated by the black box machine. Then, it is vital to determine which party was responsible for the accident. Once the legal team can figure this out, it is possible to acquire damages from the party.

Interesting Related Article: “What You Should Know About Auto Accident Claims“