Commercial Vehicle Accidents: What Are The Causes?

The United States has some of the busiest roads in the globe, with over 264 million registered vehicles and over 218 million licensed drivers. Statistics further indicate that the country experiences an average of about 40,000 road accident-related deaths, the majority of which involve heavy and light commercial vehicles and trucks. Road accidents involving commercial vehicles can be traced and associated with various causative factors.

Commercial vehicles road crashes in the United States are often associated with simple human errors committed by either the driver of the commercial vehicle, a pedestrian, or other motorists on the road. Most common human errors occurring on our roads today leading to road accidents involve failure of motorists to observe the necessary traffic rules and regulations that govern road usage. Commercial vehicle drivers are often on the road for the better part of the day; spending as little time as possible resting. The pressure to meet short and tight delivery deadlines and make their return trips on time normally pushes most commercial truck drivers to be on the road for long hours.

With driver fatigue the prominent result of such long hours of working, drivers become less attentive and cautious of road safety regulations. Recklessness and negligence, therefore, set in leading to increased prospects of causing accidents. Human errors may, for instance, cause a driver to veer off his or her lane, thereby causing a head-on collision with oncoming traffic. Marie Napoli from Napoli Shkolnik PLLC explains that most of the thousands of injuries that occur daily in the U.S. are due to negligence, which gives people affected by this the right to file a personal injury claim against those responsible

Although federal regulations have been put in place targeting limiting the amount of hours drivers clock on the road, few truck drivers endeavor to adhere to such regulations. There are various loopholes available within the legal framework established which makes the drivers to willfully manipulate their logs in order to work as many hours as possible and earn a better paycheck.

2. Lack of experience and competence

Poorly trained commercial truck drivers who venture in the job without being properly certified often operate incompetently, thereby exposing themselves and other motorists to high prospects of road accidents. A truck driver, for instance, who does not know how to apply brakes to avoid hitting other motorists when driving a commercial truck would most certainly cause accidents.

3. Overloading of trucks and commercial vehicles

Commercial trucks and vehicles are designed to carry as much load as possible. The vehicles, however, do have a tonnage capacity limit. Some commercial trucking companies, for the love of meeting their financial targets, sometimes do exceed the recommended load capacities. Overloading in such cases may have detrimental effects upon the performances of the vehicles on the road. The truck’s ability to accelerate and stop on the road is, for instance, highly dependent on the load carried.

Overloaded vehicles are more prone to causing road accidents in various ways. Firstly, the overloaded vehicles imply that the tires bare more weight than recommended, thereby increasing the prospects of causing unexpected wear-and-tear. Secondly, the excessive weight on the trucks’ tires increases the likelihood of occurrence of tire-related accidents such as tire bursts or dislocation of wheels from their axles. The negatively impacted commercial truck performance as a result of overloading makes the vehicles highly prone to common accident types such as jackknifing or rolling. 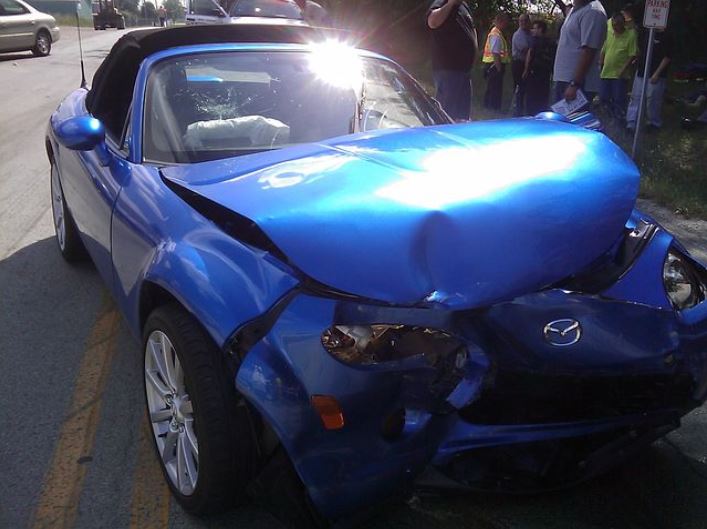 Vehicle and equipment malfunction is another common cause of accidents among commercial vehicles. Commercial trucks are particularly subject to various common malfunction issues, especially when they repeatedly run for long durations of time without being appropriately serviced. Some of the common malfunctions experienced in trucks today include:-

Other common malfunctions that vehicles normally experience from time to time include loss of electric connection on vital parts such as headlights and indicator lights. Loss of indicator function implies that the truck drivers cannot effectively warn other road users of important decisions such as changing lanes, thereby increasing the chances of getting hit by other cars.

Besides, some malfunctions may cause the drivers to pull up on the road or shoulders. In case the driver does not implement the necessary precautionary measures such as displaying the hazard warning signs to keep off other vehicles, the prospect of occurrence of accidents where other cars crash into the stationary truck is normally high.

Each of these malfunctions can occur at a moment’s notice without the knowledge of the driver. If not properly managed, such malfunctions can cause catastrophic crashes involving the commercial truck alone or leading to a cascade of accidents.

Almost all vehicle malfunction issues are traceable to poor vehicle maintenance practices where the trucks are left to run repeatedly without undergoing the recommended service schedules. Maintenance overruns are commonly associated with trucking companies’ cost-cutting measures where vehicle maintenance is procrastinated repeatedly. 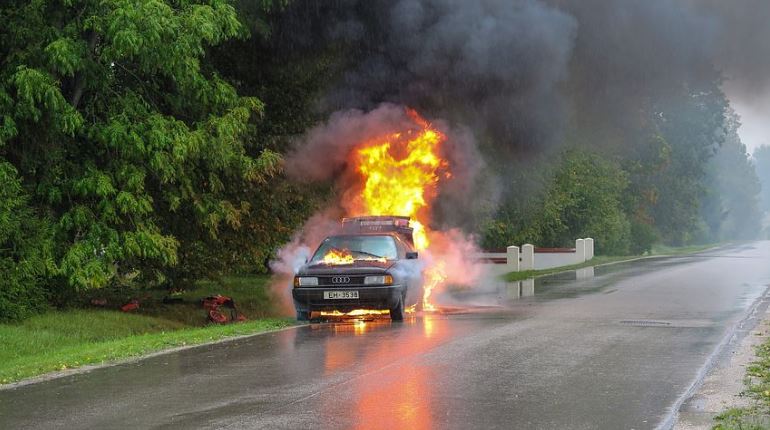 The road condition is also an important factor that causes most commercial vehicles and trucks to cause accidents. Poor states of roads contribute heavily to accidents in various ways. Commercial truck drivers traveling on poorly constructed roads normally have a hard time controlling their vehicles. Different road conditions can impair the ability of truck drivers to effectively control their vehicles.

The weather condition in which drivers drive in also contributes heavily to road accidents. Certain weather conditions including snowy and rainy make drivers experience impaired vehicle control when driving. Rainy weather contributes heavily to road accidents in the United States in various ways. Firstly surface runoff water decreases friction between the tires and the tarmac. The reduced friction makes it quite hard for drivers to achieve sufficient braking power when a need arises. In addition, reduced friction on the road surface also makes it much harder to achieve vehicle control due to the increased prospects of skidding.

Secondly, rainwater significantly impairs vehicles’ braking power especially in cases where the rainwater lubricates the brakes, thereby decreasing friction. This decreases the braking power that drivers desperately require, thereby increasing the prospects of hitting other vehicles on the road. Lastly, the stress that comes with driving under rainy conditions demands that drivers coordinate multiple functions such as maintaining the right distance from other vehicles, wiping side mirrors, and clearing the windscreen. In some cases, mist accumulates on the windscreen, thereby impairing the driver’s ability to see other road users.

Snowy conditions, on the other hand, also have a similar effect on the ability of drivers to achieve seamless driving. Accumulation of snow on the road surface often makes the roads slippery, thereby increasing the prospects of hitting other vehicles as a result of the loss of braking power and skidding.

Such common destructions as using mobile phones, talking to other passengers in the vehicle, and performing other vehicle functions such as changing radio stations cause the driver to lose track of the road conditions. Momentarily taking eyes away from the road for about 2 seconds is enough time to have other drivers perform functions such as changing lanes that, if not acknowledged by the distracted driver, would lead to serious accidents.

Drunk driving is a serious offense in our roads. Whereas quite often among passenger vehicles, drunk driving has also penetrated commercial truck driving. Drunk drivers are unable to coordinate simple driving functions effectively. This is because alcohol impairs their ability to make rational decisions and respond in a timely fashion. Intoxicated drivers easily lose track of their lane as a result of impaired visual perception. Such drivers rarely acknowledge other road users, thereby increasing the prospects of causing serious accidents.