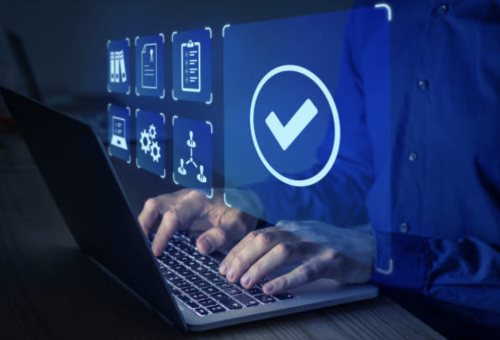 What is computerized adaptive testing?

Computerized adaptive testing is a form of assessment that automatically adjusts the difficulty of a test according to an individual’s answers. The CAT method uses distinctive software protocols to generate new questions for exam takers based on their responses to previous questions. The questions are created through a series of algorithms and the difficulty level varies depending on how well the person has done so far.

This type of examination is used in many different areas, including education and assessment. The main goal of computer adaptive testing is to provide an accurate measure of a person’s ability or knowledge of a subject by measuring them individually — not under a group POV or with a template testing, which was the traditional way of providing such exams. CAT gives examiners better metrics on that person’s grasp of the subject and also reduces the time needed for tests by only asking questions that are appropriate for a person’s unique educational level.

Here are some of the most searched questions when it comes to adaptive testing. Adaptive testing is rapidly becoming a huge trend. Although it has been in vogue for over 50 years, now, due to tech, AI, and other key innovations its abilities to better examine a taker’s skills have increased. Today these sorts of tests are game changers for organizations. They are more dynamic, more efficient, more affordable – and cost savings – and incredibly easy to perform.

CAT differs from other types of tests because it is based on feedback, while others are not. With adaptive testing, examiners are able to see what folks got wrong and what they got right. It is a test that evolves as it is being taken. An adaptive test, based on the right answer to a rather difficult question, will use that baseline for further queries.

Adaptive tests are designed to assess the skills and knowledge of an individual in order to measure their abilities. The main advantage of these tests is that they are able to accurately measure an individual’s abilities in a short amount of time, regardless of their age, education level, and even language proficiency.

CAT uses basic iterative algorithms in order to work. Before the test is taken, nothing is known about its content by the examinee. And the algorithm or program has no prior knowledge of the taker’s skill set. As such the algorithm chooses a medium to medium easy question as its first item.

The algorithm then uses how the taker responded to that question as its baseline.

The computer’s goal is to give test takers questions that are challenging, questions that they have a 50% chance of answering right. With each item answered the computer gets better metrics on the taker’s overall abilities.

Where is CAT most used today?

Adaptive testing has existed since the early 1970s, they have become a norm in the following department or tests:

Why should you consider implementing computerized adaptive testing?

CAT is a great way to supercharge your testing parameters. Some of the benefits of adaptive testing are:

Why make the switch from traditional testing to adaptive testing

CAT can provide precise scores for most test-takers. In contrast, standard tests mostly give organizations or educational bodies a poor precision of the taker’s ability — particularly with extreme testing. Adaptive testing can normally shorten the process by 50% and maintain a much more effective precision level. This means that it not only saves the test takers time, by editing out questions that are too hard or trivially easy but also saves the testing organization’s resources — the cost of each exam.

Interesting Related Article: “All about Pre-employment tests: The world’s top 5“