Here is Why Consuming Less Alcohol Can Boost Your Mental Health 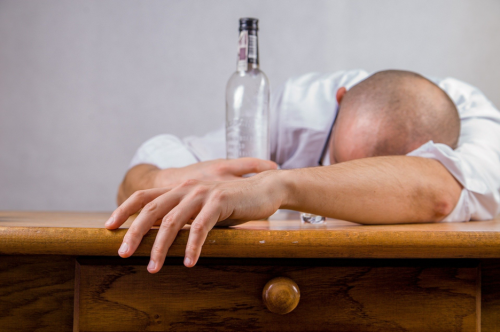 Have you been drinking and partying a lot lately? Or, do you occasionally drink on the weekends to unwind the stress and have a good time? Whatever it is, you must know about the long-term effects of drinking alcohol and how alcohol addiction can harm your mental health.

The Impact of Alcohol on the Brain

Numerous research has proven that alcohol can impact your mental and gut health. Alcohol consumption can change the brain’s chemicals, which can further impact your energy level, and change your good mood into a bad mood and aggressive behavior.

The impact of alcohol on brain chemicals can be understood because you feel sleepy after drinking a couple of drinks. However, many people believe that a few drinks of wine induce a good night’s sleep, which is, however, far from the truth.

Alcohol can cause a severe disruption of sleep patterns, which can lead to severe mood swings. You might fall asleep with a few glasses of wine. However, it will cause you to wake up with a headache, feeling tired and unrested. If you are a regular drinker, you might want to understand how to quit drinking and restore your vital organs’ health.

Drinking can cause you to spiral down into a vicious cycle, which can affect your health, mood, and body. Additionally, poor quality is also linked with depression, anxiety, and stress.

The Impact of Alcohol on Guts

The Impact of Alcohol on Mental Health

You might be wondering whether smaller amounts of alcohol might hurt your mental health. The fact is that if certain alcohol, such as beer, is taken in small amounts and moderation, such as one or two beers on the weekends, it won’t be harmful to your mental health. Some studies even contend that when red wine is consumed in smaller amounts with meals, it can boost your mental health by curbing depression. Nonetheless, if you believe that you are prone to over consume and have more wine than required, you should skip the wine and rely on fresh grapes instead, as grapes contain similar healthy antioxidants as the wine itself and won’t cause addiction.

Did you know that a few glasses of alcohol now and then can turn into a vicious drinking cycle that leads to addiction and dependency issues? Heavy drinkers are prone to depression. It might be difficult to differentiate the cause and effect of depression first; however, numerous studies have proven that drinking causes depression due to the effects of alcohol on the brain and nervous system that are important for regulating our mood and behavior. That said, numerous studies have proven that by stopping or reducing alcohol intake, mood can be improved, and depression can be controlled.

People also make the mistake of consuming antidepressants with alcohol, leading to a greater dependency on alcohol. Antidepressants should only be taken if they are prescribed by your healthcare provider. Alcohol is also linked with self-harm and suicide. It prompts people to behave without judgment and act rashly on their impulses.

In simple words, alcohol can induce impulsive actions and reactions, such as self-harm and suicide. Suicidal thoughts and suicidal behavior are heavily linked with drinking problems – you will find countless instances where the people who took their own lives were heavy drinkers. Excessive drinking can also instigate hallucinations and severe mental illness, such as psychosis. It is important to note here that psychosis can be the side-effect of alcohol withdrawal as well.

Change Your Attitude towards Alcohol with Mindful Drinking

While understanding that alcohol isn’t solving any of your problems, on the contrary, it is making things worse than they are – you can engage in something better: mindful drinking. Start cutting down on your drinks, especially when you are a social drinker. You can, for instance, decide to go with two drinks only or keep drinking for the weekends only. After some trials, you might feel strong enough to cut our alcohol entirely from your life.

While it is recommended to skip alcohol and tobacco completely if you don’t want to get addicted to any of such substances, you shouldn’t have more than two standard drinks once a week if you still have the urge to consume alcohol. However, before you feel the urge to get another drink, think about the adverse impact on the mind and body caused by alcohol consumption.