Rent a hotel room in these countries to start mining crypto! 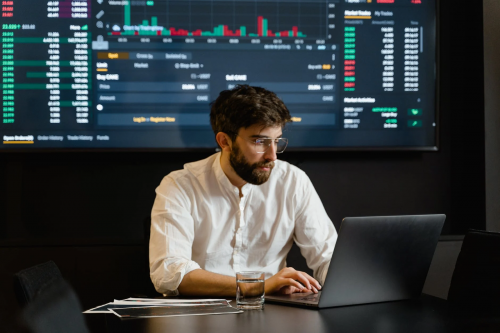 Since the inception of cryptocurrency, more and more people have started to mine Bitcoin. They are doing this to earn money, of course. However, in some instances this is not possible due to the high energy costs linked to Ripple mining. Nevertheless, in a few countries you will certainly earn money by mining cryptocurrencies. This is for example possible in China, where a lot of the Bitcoins are mined at the moment. Other good countries where you could rent a hotel room to start mining Cardano are mentioned below.

In a rather fast manner, Iceland has turned into a mining paradise. This has a few different reasons. For example, to power the plants, the region offers cool temperatures and plenty of inexpensive geothermal energy. With 100 percent renewable choices, Iceland also allows miners to considerably decrease the environmental effect of their operations. In this European country, you will be able to reduce your energy costs, while you can maintain a low-cost advantage too. Because of this, it certainly is a good idea to rent a room in a luxury hotel in Iceland where you can start mining the crypto of your choice.

Russia has some of the world’s cheapest electricity and focuses on less environmentally challenging power generation such as natural gas, nuclear, and hydroelectric, with coal accounting for only 18 percent of the country’s electricity generation. Russian President Vladimir Putin is also said to be looking to maximize the country’s resources. Furthermore, Putin met Vitalik Buterin, Ethereum’s creator, too in the past. Following this meeting, Dmitry Marinchev, a trusted ally of the President, built a big crypto mining operation in Russia. Additionally, the Kremlin has suggested in the past that cryptocurrency miners will receive subsidized power.

The Republic of Georgia has advanced the acceptance of cryptocurrencies to the next level. In addition to the widespread use of cryptocurrencies in Georgia, the nation collaborated with mining giant BitFury to launch a blockchain platform to construct a property rights register, making Georgia the first jurisdiction in the world to use blockchain technology to record land titles. While BitFury’s power expenses are kept under wraps, Tbilisi’s average electricity cost is about 0.08 US dollars per kWh. Georgia is one of the most profitable cryptocurrency mining places in the world, because of the low power costs and little to no taxes.

Canada is still a newcomer in the crypto mining world, but more miners are looking at the Great White North as an alternative to China for example. After all, North America is a great location for mining since there is high-speed internet, while the costs for electricity are low too. On top of that, there are often cool temperatures in Canada. HashChain is a mining company that is already located in Vancouver, where they primarily focus on mining DASH. However, Quebec is also an exciting city for mining companies, where Hydro Quebec offers a great and unique opportunity to crypto miners.