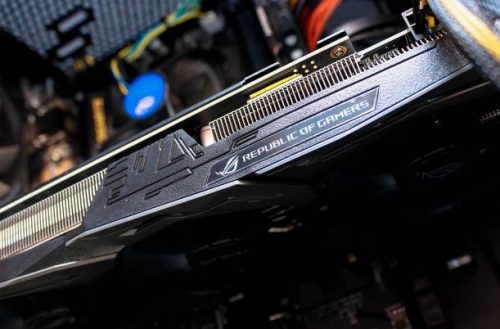 While evolution and innovation commonly take place within the gaming industry, meaning new inventions and unbelievable advances are happening every day, it’s still possible to pinpoint a few pivotal developments which have changed the video game industry for good. What exactly brought us to where we are today? Here are 4 of the most influential changes to have taken place in the history of video game evolution.

It’s probably the most obvious development when it comes to comparing how video games have moved on since those very early days. In fact, it’s pretty shocking to compare computer graphics from 10 years ago to the ones we see today, never mind going back over 40 years to the very first video game. As good graphics are essential to the enjoyment of a video game they have played an enormous part in their wider history and spurred on the development of the types of games we consider ground-breaking. What started as simple text, soon became the lines and shapes of vector graphics in the 80s. This was shortly followed by 2D and 3D perspective seen throughout the 90s and early 2000s. Fast forward a decade and developers are using the latest virtual and augmented reality techniques to create almost entirely immersive gameplay.

The stark difference between playing with your friends now compared to twenty years ago is that you no longer need to be in the same room. Setting up a video game tournament used to be a great excuse to get your friends over so you could battle it out together on a split screen. However, since the creation of Xbox Live and PlayStation’s PSN, multiplayer gaming has turned almost entirely online. While there are whole host of gameplay benefits when it comes to multiplayer gaming online, the drawback is that less and less players are choosing to meet up in person.

Getting those cheat codes

Steaming ahead in a game with minimal effort was all the rage in the 90s and 2000s. Developers would create cheat codes that could be entered to unlock levels and change the game in a variety of ways. Getting your hands on the latest cheat was almost as much fun as playing the game itself although the practice has since all but died out. Developers no longer program cheat codes into their gameplay. In fact, cheating is now more frowned upon than ever before, particularly during online play and in multiplayer scenarios. To get anywhere by cheating these days, a player would probably need some pretty impressive hacking skills.

It’s all about the competition

Nowadays, gaming conventions and expos across the globe draw in millions of enthusiasts every single year. Inevitably, with skyrocketing interest in the video gaming world, competition between gamers has also shot up to an all time high. Not so long ago, this intense competitiveness, as well as advancements in gameplay, prompted the coining of the term Esports, which, by definition, is a competition played via video game. This paved the way for a generation of professional gamers who can make a living from attending some of the most hotly-contested tournaments in the world. Major US competitions have reported giving out tens of millions of dollars worth of prize money to their victors.