How Crypto is Leading to a Gaming Renaissance

The adoption of cryptocurrencies in various fields of the industry is no longer a surprise, but still, we are always delighted to hear news about it. 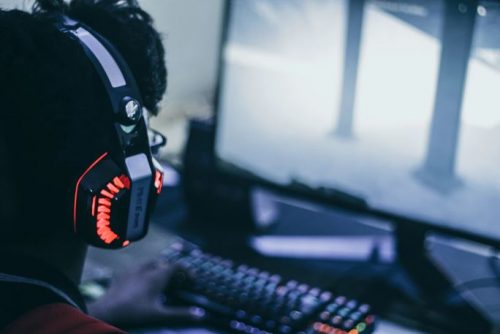 The shooter from the gaming company Epic Games called Fortnite appeared in 2017. In just one year, it entered the ranking of the most popular games and brought fabulous profits to its creators. According to TechCrunch sources, epic Games made a profit of $3 billion last year, of which $2 billion was revenue from Fortnite.

But the crypto community was not surprised by income. In December 2018, Fortnite opened an official store where fans can buy a variety of souvenirs and game items. In early January, crypto-enthusiasts noticed that the store accepts the cryptocurrency Monero for payment.

While Fortnite refuses to accept cryptocurrencies, this does not mean that Blockchain is not used in the gaming industry. It should be noted that brand new crypto payments are made very frequently to purchase things in video games if we talk about other games.

The penetration of blockchain into the gaming sphere can be divided into two categories. First, new technology tries to help traditional gaming companies promote their own content.

A clear example of that is Sony. It patented a digital system for accessing games. Games are constantly “broken”. Sony’s blockchain platform will also track the digital rights of users and reduce the number of “pirate” content.

Microsoft and EY are working on such a system. Only in their version, game creators will be able not only to monitor sales of licensed content but also to receive royalties.

And these are just a few examples of the “collaboration” of traditional companies and innovative technology.

Another way is to create games on the blockchain itself and not wait for traditional gaming companies to mature. And it is also actively developing in the crypto community.

Blockchain solves the problems of ownership and trust. Cryptogame players have full ownership of their non-fungible tokens.

The player gets complete control over his character and the items on which he spent a lot of time. He can hand them over, put them up for auction, or sell them for a fixed price, which he considers fair. In other words, he can do with his assets whatever he sees fit, and the developer can not prevent him from doing so.

And thanks to the blockchain, users, in addition to controlling their characters, can determine the development of the entire industry.

Players not only have ownership of their assets but also have a direct impact on the overall market and its pricing. At the same time, the blockchain does not store all player interactions with the game, project pictures, etc. Current popular blockchains are not “rubber” and storing big data on them will make the game unrealistically expensive and impractical for both the player and the developer.

Some projects have gone so far that the whole world is created on the blockchain. For example, Decentraland is a virtual reality platform that works on Ethereum. Here, any developer can create anything you want. It doesn’t matter whether it’s a store, a company, or anything else. In the virtual world, everything will come in handy.

You can find a lot of different blockchain applications in the gaming industry. But perhaps the main advantage of technology is that it “promotes” openness and transparency to the market.

The key role of blockchain in crypto games is to introduce the concept of an open market. It removes the concept of the black market, as any secondary market becomes part of the common market. There are no restrictions on trade in crypto-games, everything is legal within the market.

In addition to the usual blockchain games, there are also cryptocurrency casinos, where the important role of blockchain is to ensure trust. The player can be sure that the casino does not deceive him, as he can always check the logic of the algorithms of the game in smart contracts.

Blockchain allows the player gets full rights over his character, which makes him not a game object, but an asset. On this asset, the user can earn by monetizing the time spent in the game. In the advantage, it turns out, as the market itself, and developers.

Another advantage is that players can help create the game along with the developer, at least influencing the market and pricing. The player can exploit the developer’s mistakes, which makes the latter more attentive. The crypto-game market is new, and this allows developers to make good money, as the competition is small.

Of course, the fact that Fortnite refused “accidental” payment through cryptocurrencies is not the best news for the crypto industry. But blockchain has long changed this sector, creating a variety of projects. And, if companies like Epic Games continue to delay the introduction of coins – at one point they may be out of business.

Interesting Related Article: ” 4 Insane Things You Can Do with Cryptocurrency“