Cryptocurrencies That Promise To Rock in the New Year 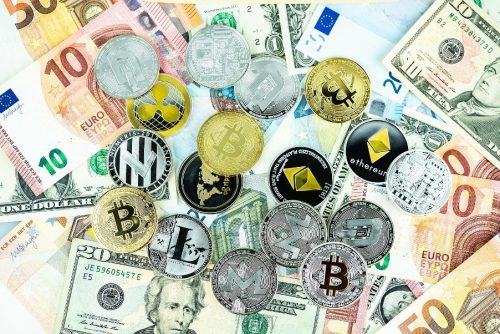 There is a lot of interest in cryptocurrencies globally. However, it is a challenging task for investors to identify which would appreciate in the coming year. A wrong choice can be disastrous. A roundup of some of the cryptocurrencies that promise to do well in 2022:

The digital currency, Bitcoin, as well as the underlying blockchain technology that made it possible, was invented by Satoshi Nakamoto, about whom nothing is known. In a whitepaper, Nakamuto argued that a monetary system controlled by financial institutions and central banks made it difficult to achieve financial and social mobility, and it resulted in the centralization of wealth and power. The practice of central banks to print an ever-increasing amount of money resulted in inflation that eroded the savings of ordinary people. Bitcoin proposed to fix the problem for good by limiting the number of units to be ever circulated. What’s more, its use of blockchain technology ensured there was no need for financial institutions to facilitate transactions and verify ownership of the money. Unarguably the most popular cryptocurrency, its price volatility has been a cause of concern in the year gone by, says Bitcoin Noticias.

Usually mistaken to be the name of the cryptocurrency, Ethereum is actually the name of the blockchain platform, while Ether is the currency’s name. Different from Bitcoin in its concept, Ethereum’s security is due to the distributed nature of its blockchain technology and it is this enhanced security that allows Ethereum’s value to grow. The Ethereum platform supports Ether, and a network of decentralized apps, popularly known as “dApps”. A central component of the platform is Smart Contracts, which many apps use along with blockchain technology. Ether ranks the second in cryptocurrencies after Bitcoin. It should be appreciated that while Bitcoin was invented as an alternative to conventional currencies, as a “utility” cryptocurrency, Ether’s main purpose is to pay for using the Ethereum platform besides being a tradable asset.

Another example of a “utility” cryptocurrency, Ripple XRP is a blockchain platform established for facilitating international transfers of conventional fiat currency more efficiently. Right from the very beginning, it has been supported by several banks and financial institutions, which is why it is considered as the cryptocurrency of the establishment. With the conventional banking system making increasing use of the Ripple XRP platform, it is very likely it will soon become a part of the traditional financial network. According to FX Street, the number of transactions on Ripple XRP grew 25X in 2021.

Another contender for the top spot in the future, Litecoin competes against Bitcoin as a viable alternative to conventional fiat currencies. Its creators intend to make Litecoin a popular everyday currency people can use to purchase goods and services due to its superior and more practical technology compared to Bitcoin. Merchants are likely to find Litecoin more appealing because the transaction confirmation can take place faster. However, with the use of cryptocurrencies still extremely limited for real-life transactions, Bitcoin is likely to retain its leadership position for some time.