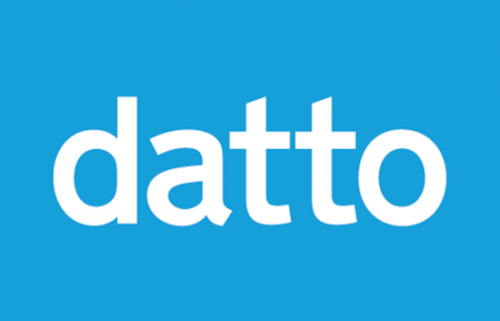 There’s big news in the Datto world. Several executives are reported to be leaving the company, including Director of Channel Development, Eric Torres, a well-respected leader within the Datto team. His departure has been a hot topic in the MSP community, as Datto has been a major player in that market for some time now. Torres has confirmed his departure and says he is joining another company in the channel – though he declined to specify which one.

“It’s never a good sign when executives leave at a time when rumours about a potential company sale are in the air. These actions are feeding the wrong wolf. It is also concerning that I am getting exceedingly high pressure from Datto to close any and all pending sales before the end of this quarter. Could they be wanting to show a banner quarter in order to maximize the sale price?”, said Anthony Buonaspina, CEO and Founder of LI Tech Advisors.

“Although it is not surprising that executives would be leaving, it is a little surprising that the announcements are coming out so early. Normally, I’d say, people would wait for the dust to settle. Trying to read between the lines, this does not sound like a happy home and people are not happy with the potential buyer, or leader in the clubhouse”, said Ilan Sredni, CEO and President of Palindrome Consulting, Inc.

Datto has been a leader in the data protection and disaster recovery industry for over 15 years. The company provides backup, recovery, and business continuity services to small and medium-sized businesses. “With the company seemingly more successful than ever, it would make sense that Datto executives are highly sought after. These are the players that propelled Datto to success. As with any company, people are what make a company successful. The big differentiator would be the reasoning why the executives would be on the move”, said Nick Martin, Director of Managed Services at Mainstreet IT Solutions.

Is it due to internal changes that see the company plunging into failure? Or is it executives that love a challenge and no longer see a challenge at Datto because of their success? That creates an entirely different storyline for Datto since these same executives that are leaving believe that they are leaving behind a successful company that can continue its course without issue. Only time will tell, but it is interesting to see so much movement in a short amount of time between a sale and an executive suite headed for the door. Datto would be wise to help end the speculation and deliver some good and stable news for their customers.

Datto Preparing For A Sale?

The departures come as Datto prepares for a possible sale. To whom, this is not 100% sure yet.

“I was informed that Datto is exploring a potential sale from private equity firms. When I contacted Datto about this information, I was recently reassured by my Datto rep, that “This is channel speculation at this time and that Datto is committed to the channel and to its partners and employees and when a company becomes public it opens up lots of doors or rumors“, Buonaspina continued.

“The news at Datto of a key executive departure and other upper leadership jitters within the company casts a heavy shadow, especially with the recent news of the company shopping to be acquired. Potential buyers and investors will certainly raise their eyebrows over this news, even as Datto’s PR team labors to reverse the fallout”, said Jeremy Kushner, Chief Executive Officer at BACS IT Consulting.

The timing of this is certainly curious, although some of the analysis of the situation is also misguided. Private equity buyouts of publicly traded companies often only benefit the very upper echelon of company ranks.  With the stock being down more than 10% since the IPO and perceived post-buyout cash upside questionable, it very well could be good timing for employees with low equity to seek greener shores. However, it would be in Datto’s best interest to shore up ranks and clamp down on the rumor mill if they want to avoid substantially impacting the deals brought to the table. That being said, they are currently in the driver’s seat. If the potential upside becomes marginal, they can always remove themselves from the auction block and revisit a sale at a later date, said Kushner.

“Datto is not the first or the last company to seek a buyout. Some manage to keep true to their core values but many don’t. The product no longer improves, the employees no longer seem to care, and the price of services goes through the roof. The worry is that Datto is going the way of others who have been bought out in recent years”, said Jon Fausz, Director of Operations at 4BIS.COM.

What Impact Will Datto’s Shake-Up Have On MSPs?

Datto has been tight-lipped about the situation, but one thing is clear: they’re facing some big challenges. The loss of key executives could be a sign that the company is struggling to adapt to the changing MSP landscape.

“As investment companies acquire technology platforms to provide more cohesive offerings to Managed Service Providers, there is inevitably a shake-up of talent that is attracted to start-up software companies that no longer find the thought of being part of a portfolio of companies desirable. These innovators are often looking for the next small start-up that can have a larger influence on shaping”, said James Sanford, President of Teamspring.

This shake-up could have a big impact on the company and the MSP community. In light of these departures, MSPs are wondering what’s going on with Datto. Is the company in trouble? Are they making changes to their channel strategy? MSPs are concerned about the changes at Datto because it’s unclear what the future holds for the company.

“From a provider that uses a lot of Datto products, it is obviously very concerning. I can’t tell you how many products we have seen involved in these types of transactions, though usually bought by a larger entity, and the product goes to complete junk. This is why it is important to test and adopt multiple offerings in the same space, regardless of profit margin and effectiveness”, said Brandon Christensen, CEO and Founder of V&C Solutions.

“This is very concerning to us at LI Tech Advisors, especially since even before they went public with their IPO, we utilized Datto as our premier backup solution provider for all of our clients.  We would definitely need some reassurance that their service level in the worst case will not be degraded or, in the best case, their service offerings improve”, said Buonaspina.

Only time will tell what’s in store for Datto, but one thing is clear: they’ll need to make some big changes if they want to stay ahead of the curve.