Decrypting Bitcoin Mining: How It Works- Here’s What You Should Know 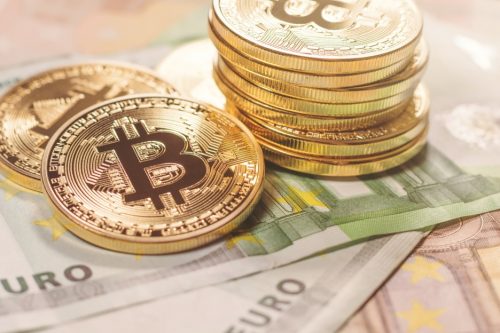 Bitcoin has grown into a multi-billion dollar industry over the last couple of years, with many people trying to jump on the bandwagon and start mining bitcoin themselves. It’s very easy to get caught up in the excitement of it all, but mining bitcoins isn’t as simple as it may seem – especially if you don’t have access to the right tools or education. If you are interested in Bitcoin, here are the top ways on how to Get Free Bitcoins.

Even if you have access to all the latest equipment, you may be wondering if Bitcoin mining will actually be profitable or not. This detailed, informative article helps you know more about Bitcoin mining in detail; continue reading further till the end!

What Is Bitcoin Mining? An Overview

The process of verifying a transaction is based on solving a mathematical problem. The first person or group of people to solve that problem is awarded 12.5 BTC. This is where Bitcoin’s supply comes from and why there will only ever be 21 million Bitcoins, because their production gets harder over time as you get closer to that limit. This number halved for both 10 years until 2015, when it decreased from 25 BTC to 12.5 BTC, and it will halve again every 210,000 blocks (roughly every four years).

The Economics of Bitcoin Mining

Bitcoin mining is a lucrative business venture. It provides the backbone of the bitcoin network and is crucial to its success. But what exactly does bitcoin mining entail? Bitcoin mining can be done by anyone who has a   highly-functional computer. The program uses the CPU power of your device to solve complex mathematical equations, called blocks.

These are used to verify transactions on the bitcoin network. As more and more people mine for bitcoins, those equations get harder and harder to solve, which means you need a powerful processor (or GPU).

What Do You Need To Mine Bitcoins?

In order to mine bitcoins, you’ll need a computer and some bitcoin mining software. You’ll also need to connect your computer to the internet. When bitcoin mining software is running on your computer, it will use your processing power to mine bitcoins. It does this by making lots of guesses as to what the numerical key might be, but because each guess only has a 1 in 256 chance of being correct, guessing randomly isn’t very effective.

This can also be called trial-and-error. Your computer will keep trying different combinations of numbers until one combination results in a hash with less than or equal to the target value (also known as difficulty).

Bitcoin mining is a process in which computing power is used to verify and record payments on the blockchain. These computations are called hashes and they serve as proof of work. The higher your hash rate (computing power), the more likely you will be able to mine bitcoins.

Once mined, Bitcoins can be used for other currencies, products, and services. Mining for bitcoin has become so popular that miners collect their newly generated bitcoins and race to validate transactions before anyone else does using a proof-of-work system.

Setting Up A Profitable Bitcoin Miner

Mining for bitcoins requires a computer and a special program. The program is run from the command line and uses the CPU to solve cryptographic puzzles, which are functions that must be solved but have no easy answer. When the puzzle is solved, a block of bitcoin transactions is completed.

Then the miner gets awarded with some new bitcoins proportional to how much computing power was used in solving the puzzle (plus any transaction fees paid by people sending transactions).  However, this isn’t all free money – the cost of electricity must be taken into account.

As more people try to mine bitcoin, either because they want to invest or because they’re interested in profits, winning enough blocks to get a reward becomes increasingly difficult. And so miners join pools – large numbers of computers working together and sharing their efforts – in order to make more bitcoins.