Defining a Pest: The Difficulties of Invasive Species Control 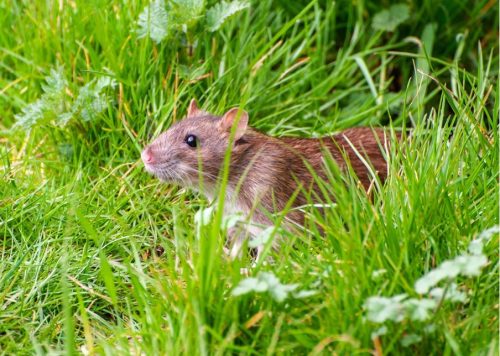 What is Considered an Invasive Species?

An invasive species can be difficult to define, for several reasons. Often, species of flora and fauna that are considered invasive to a particular environment are those that are not native to the area – in other words, they are exotic species that have been introduced (most often by foreign settlers to the land). However, in some cases, certain indigenous or native plants are also considered pests in their natural environment, as their presence can become detrimental to other native vegetation in one way or another.

Nevertheless, for a species to be considered invasive it will present with specific characteristics, as well as being responsible for causing issues that can challenge the healthy development of a native ecosystem. In terms of flora or plant life, an invasive plant species will tend to grow uncontrolled – essentially usurping all available space, thereby pushing out other plants from the area, and disrupting the natural balance of the vegetation. Feral animals can also cause significant disruptions to their surrounding environment. However, more often than not, invasive fauna species are usually animals that are exotic to the area, often not suited to the environment into which they have been introduced.

Not all species of flora and fauna that are considered invasive are exotic or foreign to Australia. Invasive species are also made up of native weeds that can grow out of control, as well as naturally occurring diseases and parasites, and also certain varieties of fungi. Insects and invertebrates are also considered pests when they become disruptive to a natural ecosystem. Importantly, what defines these species as invasive is their impact on the environment around them, and when that impact is damaging, the only solution is to get rid of them by using invasive species control.

Invasive Species that have been introduced to Australia

When the First Fleet arrived in Australia from Europe in 1788, they brought with them several animal and plant species for various reasons and purposes. The exotic flora and fauna these early settlers introduced to Australia upon their arrival included horses, rabbits, pigs, and various types of rodents, among others. The settlers are unlikely to have intended for these species to become damaging to their new home (as it is more likely that they were considered useful additions to life in this foreign land); however, the majority of these species are not naturally suited to the Australian landscape and have now become what is considered by many as pests to the environment.

How Do I Get Rid of an Invasive Species or Unwanted Pest?

Invasive species control is an important element when trying to get rid of an unwanted pest from an area. There are various methods of invasive species control, including trapping or fencing to protect against rabbits, foxes, and other feral animals for example, or weed-spraying and flame-weeding to deal with pesky plants.

Good, ethical invasive species control utilises a variety of different equipment and technology to cause minimal damage or disruption to a natural environment when ridding it of pests. These methods can include the use of high-volume spray units, water pumps, 4WDs and all-terrain vehicles, river rafts, kayaks, abseiling and climbing equipment, as well as back-pack sprayers, and cut-and-paste or stem-injection techniques. Needless to say, it is recommended to employ the services of a professional invasive control specialist to assist in these areas.

What Can Happen if I Don’t Get Rid of a Pest?

When an invasive species takes hold of an area, the effects on the natural environment and ecosystem can be catastrophic. Pest invasion often results in major damage to the soil, which not only impacts the development of native vegetation, it can also affect the growth of crops. Crop damage by pests and invasive species can be immensely detrimental to the livelihood of farmers, causing huge production losses by impacting the crop harvest in a major way. For this reason, it is important for farmers to regularly engage invasive control specialists. Similarly, feral animals can cause significant disruption to natural ecosystems by constantly over-grazing, and as such, are also considered pests that need to be controlled.