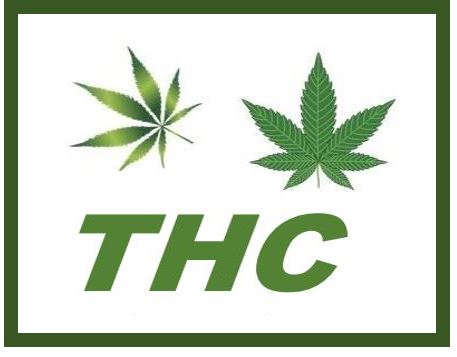 Delta-8 THC and Delta-10 THC are two analogs of tetrahydrocannabinol (THC), a psychoactive substance found in cannabis plants. There are two types of cannabis plants that we are talking about; Hemp and Marijuana. You may be familiar with them, and Hemp plants are a type of cannabis closely related to traditional marijuana. Delta-8 and Delta-10 THC can be extracted in trace amounts from hemp and marijuana plants. The delta-8 market and alternate cannabinoids (THCO, THCv, Delta-10, HHC) are solely hemp-derived.

Delta-8 is known to be 60% as potent as delta-9. Users of the former report that they get the same benefits as the latter without having to experience extreme psychological effects such as anxiety, paranoia, and fear. This makes D8 all more appealing. Delta-8 has been seen as the primary distillate that leans more Indica or in-the-couch with its therapeutic effects. There are several ways to consume delta-8 because it is biphasic, meaning that if you take lighter doses, it will act as a Sativa, and if you take a heavier dose, it acts more like an Indica.

On the other hand, Delta-10 THC is somewhat reminiscent of the Sativa strains (Durban Poison, Sour Diesel, Headband) of cannabis, which are considered more elating. Because of this, you may experience more heightened euphoria from Delta-10 use, as well as increased alertness and concentration, as well as increased energy and creativity. Delta-10 provides a more delicate psychoactive effect; this is a big win for those looking for therapeutic benefits rather than intoxication. Delta-10 is biphasic as well but not as noticeably as Delta-8.

Delta 8 vs. Delta 10: The Major Differences?

Now, with Delta-10 THC on the market, you may wonder about what the difference between Delta-8 and Delta-10 is? ATLRx have you covered! Both Delta 8 THC and Delta 10 THC have psychoactive effects. Delta 8 THC has been considered to be the Indica of the industry due to its medicinal effects. Delta 10 THC is very similar to Sativa because it is uplifting, engaging, and has a daytime feel.

For those who want to relax, relieve stress, alleviate anxiety, treat chronic pain and insomnia, then Delta-8 THC is a better choice. Delta-8 is often described as a softer treble that can comfort particular ailments. However, unlike its close relative, Delta-9, it is NOT a “primary cannabinoid.” It is an analog containing refined cannabinoid concentrate, as there is not enough of it in the hemp plant in its natural form to produce an effect. So, to get enough of the compound, Delta 8 product manufacturers obtain it from CBD through a carefully curated conversion process similar to a majority of the alternate cannabinoids.

Delta-10 is a lesser-known cannabinoid that is less overwhelming, allowing you to maximize creativity while taking the edge off of anxiety and bringing you closer to your sense of well-being. Delta 10 effects echo a Sativa cannabis strain, making it more suitable for daytime use. However, night owls such as myself sometimes use it during the night. The effects of delta-10 are milder than delta-8 THC. Delta-10 would be a better option for first-time cannabis users who want subtle euphoric effects. Delta 10 lighter potency is a feature many THC fans love because not everyone wants to get overly stoned during the daytime; we have things to do. Simply put, Delta-10 is less sedating than Delta-8 and more of the cerebral experience.

How do delta-8 and delta-10 react in your body?

Indeed, there are slight differences in the chemical structure of conventional THC compared to Delta 8 and Delta 10. These cannabinoids interact with our endocannabinoid system, a system that goes throughout our bodies full of receptors. This relatively new system interacts with everything, acting as an equilibrium system. The main components are CB1 and CB2. Cannabinoids latch onto these receptors, giving different results depending on which cannabinoid it is.Delta-8 is more potent at binding to CB1 receptors than Delta-10, but the latter is more concentrated at binding to CB2 receptors, which are abundant on immune cells. This difference may explain why Delta-10 seems to have less psychoactive effects than Delta-8, even though both compounds bind well with CB1 receptors.

The placement of chemical bonds in Delta 9 increases receptor affinity. Although Delta-8 and Delta-10 THC have the same double bond in their molecular structure as Delta-9 THC, their different arrangement makes them chemically different. The placement of Delta-9 increases its receptor affinity. The other two placements, 8 and 10, make the receptor reactivity of the other two THC are less responsive than Delta-9 The ECS is the reason for the therapeutic effects and the psychoactive traits. Delta-THC has a bond in the ninth carbon chain of its molecule-hence delta-9-and having an octave, or the tenth bond is enough to change the way it interacts with our body.

Although the molecular structures of Delta-8 THC and Delta-9 THC are indistinguishable, and the nuances of the double bond are entirely invisible, the different effects of each cannabinoid are unique and contrast with each other.

Studies on its mechanism of action in the body, Delta-10 THC may interact with the endocannabinoid system similar to other THC compounds. Ultimately, adding other cannabinoids such as CBC, CBG, CBN, and Delta-8 THC can help create more effective products for those looking for a more intense experience. Manufacturers usually add blends such as CBD oil to Delta 8 THC to help consumers relax more and reduce illness. Because Delta 10 products are often blended with Delta-8 THC made from 100% hemp extract, companies can legally manufacture, distribute, and sell to consumers in the United States.

Will delta-8 get you higher than delta-10?

Both Delta 8 THC and Delta 10 THC have psychoactive effects. However, these psychoactive effects of Delta-8 and Delta-10 are much weaker than Delta-9. Delta-8 THC promotes sedative, deep relaxation, and even keel high, making it great for the evening. Delta-8 THC is more potent in its psychoactive effects, and Delta-10 increases concentration, creativity, and energy while producing mild euphoria. Forms of consumption do matter when it comes to being high. The most potent intake of any of the alternative cannabinoids is through the process of eating an edible. Then you have concentrates, delta 8 or 10 vape carts, and Delta 8 THC Flowers.

Between Delta-8 and Delta-10, Delta-8 will get you higher—closer to the feeling of a traditional marijuana high.

Delta 8 THC and delta 10 THC are not classified as Schedule 1 controlled substances and are legal in most states, even when recreational or medical marijuana is still illegal. The authorities do not approve of Delta 9 THC. So, the legality of these depends on the state. Both Delta-8 THC and Delta-10 resurfacing are thanks to the 2018 Federal Farming Act. This bill states that hemp with less than 0.3% Delta-9 THC by weight, licensed for cultivation, sale, and ownership at the federal level. There is some ambiguity in the definition of hemp extract in Farm Bills as liquid extracts cannot be weighed on a dry weight basis. The Farm Bill’s legal hemp extract definition includes “the Cannabis sativa L. plant and any part of that plant, including extracts, whether growing or not, with a Delta-9-tetrahydrocannabinol concentration not exceeding 0.3% on a dry basis).” All alternative cannabinoids are in a grey area because the only acknowledged form of THC is delta-9.

There are a few things to understand, though. The CBD industry is not regulated, but that doesn’t mean that companies don’t take precautions. Companies that produce both delta-8 and delta-10 guarantee that their formulas meet such requirements. It’s a lucrative place to be. This is a motivator for those looking to get into this business for the wrong reasons. They are seeing it as an opportunity for a money grab. To sell products with unproven treatments not only violates federal law but may also put consumers at risk. These brands may sell them in ways that endanger public health because the FDA doesn’t regulate it. The FDA is actively working with federal and state partners to resolve these product issues further and monitor product complaints, side effects, and other emerging cannabis products that may cause concern on the market.

Many of these states are medicinal or recreational states. While it has been argued that these bans are due to the complexity of taxes, others believe that they do not want competing markets. But now, these states’ competition has become the black market.

Is Delta-8 or Delta-10 good for Anxiety, Pain, and Inflammation?

A mixture of Delta 8 and Delta 10 can be especially helpful in relieving pain throughout the day. If you have already established a THC tolerance and are looking for something more substantial, THC-O may be more suitable for you. THC-O is also a hemp-derived cannabinoid, but its maximum will feel closer to the Delta 9 THC, perhaps a little more

Why should you start using delta-8 and delta-10 products?

Remember that the psychoactive strength of D8 and Delta 10 THC also depends on the correct dosage. THC compounds, regardless of their variant, can produce an intoxicating “high” sensation. However, the intensity of the effect is different for the three compounds (e.g., Delta-8, 9, and 10). For context, Delta-9 is the cannabinoid that most people are familiar with and has a pretty.

Interesting Related Article: “How to Become a Cannabis Extraction Technician“