Developmental Coordination Disorder: How to Support Your Child? 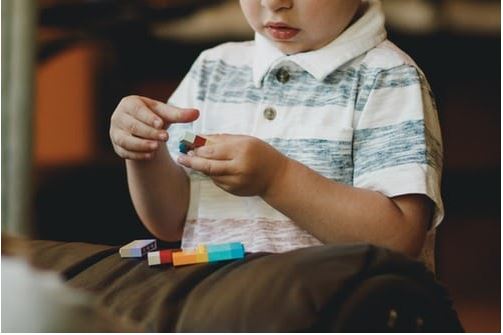 It’s important to understand what developmental coordination disorder or DCD is — whether you suspect your child might have it and has yet to be diagnosed, or if you know for sure. In this post, we’ll discuss what developmental coordination disorder is, what type of treatments there are and why in many cases physical therapy, as well as occupational therapy, are your go-to tool when it comes to combating DCD.

What is a developmental coordination disorder?

Developmental coordination disorder (DCD) is a neurological condition that affects a person’s ability to perform coordinated movements. In the medical community, its official name is dyspraxia. It is characterized by problems with movement and coordination skills, which are not due to any other physical or mental condition. The disorder is thought to run in the family and is 3 to 4 times more common in boys than in girls.

A person with DCD may have trouble with tasks such as handwriting, tying shoes, catching a ball, and cutting with scissors. People who have DCD often have trouble adapting the way they use their bodies to do different tasks.

Why does a developmental coordination disorder occur in kids?

A developmental coordination disorder (DCD) is a neurological disorder that affects the child’s ability to control their body movements. Signs of the condition are present early on in a child’s life. Milestones like crawling, walking, self-feeding, and dressing might be delayed — this is a red flag that most parents should be on the lookout for. It’s important to note that the condition may present itself early in a child’s life or it may strike as the kid develops.

A definitive diagnosis for Developmental Coordination Disorder can only be performed and properly analyzed after the child has reached 5 years or is older.

The exact cause of DCD is unknown. However, there are many theories about it including genetic factors and environmental factors such as exposure to toxins or lack of stimulation in early childhood.

Some of these include:

The term developmental coordination disorder is used to describe the difficulties that children and adults may have with fine motor skills, such as drawing, writing, and dressing. These difficulties are often first noticed when a child enters school or begins to participate in sports.

The severity of this condition varies from person to person. Some people may only have minor difficulties with fine motor skills while others may have major difficulty performing basic tasks like tying their shoelaces or using cutlery.

Some of its symptoms include:

Additional symptoms or possible points to be on the look-out for include:

DCD is a neurological disorder that affects the cerebellum and the basal ganglia. There are different treatments for developmental coordination disorder and it depends on the severity of the symptoms. Some treatments include occupational therapy, physiotherapy, speech therapy, and medication.

One of the first key characteristics you have to understand and overcome is that there is no medication or cure for developmental coordination disorder.

Occupational therapy is the main treatment when it comes to development coordination disorder. It allows kids to better their motor skills and learn how to perform basic essential tasks needed not only for school life but for their everyday living.

A therapist/specialist will work on multiple aspects of the disorder and create a customizable regimen that adapts to your child’s needs — each case is unique.

They will improve the following aspects:

Kids with DCD will also get PT (Physical Therapy) sessions meant to improve weak muscles and optimize their natural balance and coordination.

How can the proper treatment help to support the child with developmental coordination disorder?

Children with DCD can live productive, happy lives once they accept their disorder — that acceptance is driven by their support group. You are your kid’s safety net and your willingness, as well as your ability to adapt to challenges, will be paramount to their quality of life. If you believe your child might have DCD, it’s important to do an evaluation with a professional as soon as possible.

You may be interested in: 7 Healthcare Jobs Similar to Nursing that You Can Pursue