Difference Between Conventional Currency And Bitcoin? Which One Is Better?

Bitcoin is virtual money that offers a better alternative to overcome various challenges of fiat money. As a result of COVID 19, Bitcoin’s value has gone up as people look for a better investment option. What traits make this virtual currency stand out as the best payment and investment option compared to fiat currency? If you’re interested in BTC but don’t understand its key attributes, please keep reading. 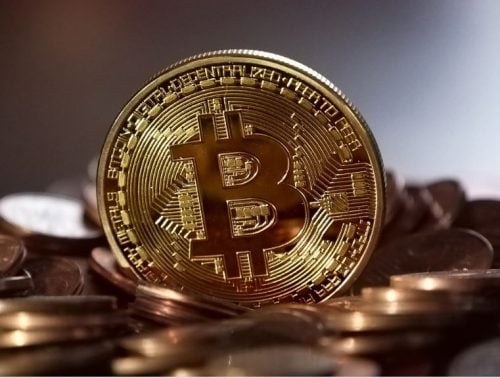 Bitcoin is a decentralized virtual currency.

A key distinguishing feature of BTC from fiat money is that the digital currency is decentralized. This means that BTC users have the autonomy to control their money without any external controls.

The blockchain technology on which Bitcoin operates keeps a record that captures all the transactions. Although the ledger is available to each Bitcoin users, individual transactions are private and can’t be viewed publicly. And this helps to prevent scamming and other illegal activities.

Because fiat money is centrally controlled, banks may take time to verify your transactions. And this wastes your time while making or receiving payments. Bitcoin transactions, on the other hand, are fast because external institutions don’t control them.  Besides being fast, Bitcoin transactions are cheaper because they don’t have intermediaries, like banks.

Bitcoin is supported by blockchain technology, which is a secure network. Users can only access their money through private keys. Because the system lacks the control of third parties, users can conduct their transactions freely without fear. The main features that make Bitcoin a secure option includes:

Traditional payment systems, on the other hand, have specific weaknesses that make them prone to fraud. For example, while making payments using credit/debit cards, you may leave behind some personal and financial info that can be used by scammers to swindle you.

In contrast, Standard payment and investment options are centrally controlled by specific entities. And occasionally, the controlling institutions may play fast and loose with your resources, which may lead to undesirable situations.

The present fiat system harms people with minimal investment knowledge. Some people resort to keeping their money under the bed or keeping it safely in their account. While such savings are ok, they’re likely to lose value over time due to inflation. Because Bitcoin is decentralized, no government directives can impact your investments.

Bitcoin is a new asset class for investment that you can capitalize on. While some people may argue that digital currency is highly volatile, the asset is better for your short-term or long-term investment goals. Multiple reasons make Bitcoin the best alternative for investment. These include:

Once Bitcoin transactions are complete, they’re irreversible. This makes digital currency difficult to manipulate or duplicate. However, fiat currency lacks this feature as cash can be duplicated. And some cunning shoppers can complain that they didn’t receive the goods you sold them, which may attract chargebacks. After completing Bitcoin transactions, nobody can arbitrate complaints overpayments as the digital currency doesn’t have third parties.

Besides taking time to complete transactions, standard payments can also come with high transaction fees. Traders conducting international business can incur huge costs while conducting their transactions. Bitcoin, on the other hand, is affordable, and users may not feel the cost. In some cases, Bitcoin transactions are free! Additionally, the cryptocurrency offers prompt payments, and traders can conduct their business smoothly without any delay in payment.

Online shoppers sometimes want to buy specific goods and services anonymously. For example, those who want to buy CBD oil and magic mushrooms might not want their identity to be known. Traditional payment methods like credit/debit cards may require users to offer personal information like email, name, etc., that can expose buyers. And this is how Bitcoin comes in. The blockchain system provides anonymity to users, and information is encrypted. So no third-parties can access your information. And even if they access it, there is no practical way they can use it because it can’t be traced to the owner.

Bitcoin Is a Transnational Virtual Currency

Unlike fiat currency associated with specific countries or regions, Bitcoin is a global currency that can be available to all users across the world. Furthermore, BTC doesn’t have exchange values, nor does it suffer from third-party interference. The currency enables seamless settlements in the entire world with proper ledger maintenance in the background.

The programmability aspect makes Bitcoin be combined with specific transactions like smart contracts and other programs that can be executed once specific requirements are met. And such quality can enable the development of more solutions on the Bitcoin platform. And remember, such contracts may not require any approval by third-parties. The execution of contracts in the traditional way requires third-parties who make such deals expensive.

The Fiat currency system is controlled centrally by banks and governments. Therefore, when carrying out your transactions, you must observe the rules. Failure to obey the regulations has consequences; for example, your assets may be frozen. Bitcoin currency, on the other hand, operates in a decentralized manner. No third-parties can impose rules on the Bitcoin platform. And traders can conduct their business without fearing the possibility of their assets being frozen.

Presently, Bitcoin allows up to 8 decimals. The smallest unit is known as Satoshis, which denotes the name of the Bitcoin idea’s creator.

Digital currencies don’t have a physical form. They operate virtually as coins, although you can’t touch and feel them. Fiat monies, on the other hand, have both physical and digital forms. The physical component of fiat money makes them cumbersome to carry around. Furthermore, in some instances, physical currencies can spread diseases like COVID 19.

One of the challenges facing fiat currencies in their physical forms is the ability to last longer. Physical notes can be torn or defaced as it circulates. Virtual currencies aren’t susceptible to these damages. Bitcoin is hugely valuable and can’t be damaged like a dollar bill. If users lose their private keys, their Bitcoin will be available on the blockchain but cannot be used.

The present fiat system has served us for a long time. However, because of specific weaknesses, it isn’t the best during this digital era. That being said, Bitcoin offers the best alternative due to its multiple strengths. Some of the key strengths of the digital currency include:

Interesting Related Article: “What to expect from Bitcoin in 2021“