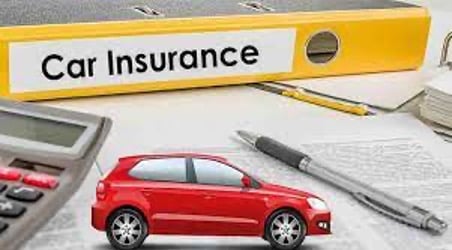 Potholes are the unavoidable, annoying nuisance you come across on the road. In fact, potholes are even more common on the Canadian streets. In a recent post by the Toronto City News, it was found that the city approximately has an annual budget of 4-5 million dollars for repairing potholes.

But sometimes, these potholes are more than just a nuisance. When on the road, they can cause severe damage to your car that might require professional servicing. In this case, most car owners have one common question–Does car insurance cover pothole damage? And that’s precisely what we are going to discuss today.

How Can Potholes Damage Your Car?

Damages caused by potholes can often turn out to be a costly affair. It can damage your car’s steering wheel, suspension, and alignment and harm the wheels and its rim.

In extreme cases, potholes can also make the driver lose control over the vehicle, thus pushing him into a severe accident. Depending on the severity of the situation, the cost of repairing your vehicle can burn a hole in your pocket. To protect yourself and your car from such unwanted expenditure, it’s wise to opt for an auto insurance plan that also covers damages caused by potholes.

Your insurance policy might cover pothole damages. Although in certain cities, you can raise a claim for the damage against the city authority. However, the process is long and tedious. There is also no guarantee if you would be compensated for the damage at the end of all the struggle. Hence the popular option, in this case, is to raise a claim against your insurance company. It’s for times like these that we recommend buying policies from reputed companies like Surex.

Damage caused by potholes comes under Collision coverage. But whether you will qualify to raise a claim or not will depend on the terms and conditions of your policy. Every insurance provider might not cover pothole damage under the collision coverage policy. Hence, it’s better to check damages that are covered by your insurance provider beforehand.

How Collision Coverage Works In Case Of A Pothole Damage

Collision coverage is generally used to cover the damages caused when you hit an object or another vehicle on the road. So depending on the terms and conditions of your policy, the collision coverage policy may only kick in if the pothole was big enough to damage the front end of the car.

However, collision coverage is also subject to deductibles. This means you need first to pay an amount upfront, and the coverage will kick in to cover the rest of the damage after the deductible exhausts. Therefore, it’d be wise to get a few estimates for the repair costs from a licensed mechanic.

A licensed mechanic will also give you an insight into the extent of damage caused by the pothole and might even be able to guide you on your next step. Also, make sure you take pictures of the damage as proof if your insurance provider asks for one.

Even if your insurance policy covers damages caused by potholes, it might not be a great idea to raise a claim for minor repairs. If you see that the cost involved in getting your car repaired is less than the deductible, it is wiser to pay for the repair from your own pocket. Also, accidents and damages caused by potholes are listed on your driving record. This means that you can expect to see a rise in your premium rates in the future.

So, the question remains–whether opting for collision coverage in case of pothole damage is worth it or not?

To answer that, here is a simple example. Let’s say that the deductible that you have to pay for claiming the coverage is $800. And the cost of repairing your car is about $200. This situation doesn’t warrant raising a claim at all. But if in the same situation, the repair cost would have been higher than the deductible, i.e., higher than $800, filing a claim to ask for collision coverage would be an intelligent choice.

Accidents and damages caused by potholes are considered at-fault accidents. This means that you will be held responsible for the damage. Therefore, you don’t want your premium rates to increase when you renew the policy. The only way to do this is to prove that the accident was the city’s fault.

If you can somehow prove that the concerned authorities of the city were aware of the pothole and did nothing to fix that, you might succeed in shifting the blame. But, on the other hand, even if you prove a delay in repair, the case can turn in your favour.

However, this is a long shot, and proving the city authority’s negligence can be difficult. But if you somehow manage to do this, you will qualify for claiming coverage without increasing your premium.

However, whether or not this approach will work also depends on your insurance provider. Some insurance providers might consider settling your claim first and then handling the matter with the city authority to compensate for their losses. On the other hand, some might reject your plea and hold you responsible instead. To conclude, the insurance provider has the final say in this matter.

When on the road, you never know how the tiniest thing can cause massive damage and lead to a costly affair. Hence, before opting for auto insurance, it is advisable to consider all the possibilities of car damage. An inclusive plan will ensure that you can finance your car’s repair regardless of the cause of damage.

We understand that you can’t have in-depth knowledge of the best insurance policies in the market. Hence, before you zero in on a policy, make sure you take expert advice from a local agent.