During the Pandemic, Manual Cash Handling is Hurting Retailers 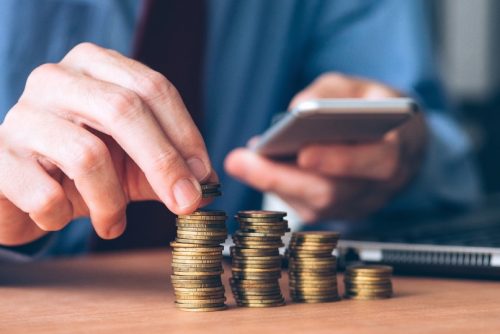 What was the use of cash in the United States during the epidemic?

Even before the epidemic, as the use of digital payments grew, the future of currency was being debated. However, the epidemic has considerably increased the amount of that argument. It has accelerated our economy’s digitalization by seven years, according to current estimates, and has resulted in new consumer behaviors. As a result, fresh debates have arisen regarding whether cash has a future in the digital economy.

The epidemic has resulted in differing trends in the use of currency.

For starters, it has significantly reduced the use of currency in day-to-day transactions. The amount of cash deposited with central banks and commercial banks in the euro region has decreased by roughly 20-25 percent since early last year.

According to a poll conducted by the Eurosystem in mid-2020, over 40% of responders were using cashless often than before. The factors that have contributed to the fall in cash payments are well-known.

Despite the fact that electronic payments have become more convenient, some people still have difficulty counting money and must spend a significant amount of time doing so.

Counting money on a regular basis for a long time could be damaging to one’s physical and mental health. Let’s look at the long-term consequences of manually counting money.

Manually counting, arranging, and reconciling the day’s receipts is a limited, time-consuming, and labor-intensive task that frequently involves numerous employees.

Cashiers manually counting money raises the danger of monetary imbalances, which are hard to trace and complex to resolve.

It’s not unusual for employees to have to repeat the process of counting or for senior management to be called in as a second set of eyes because of the high frequency of money counting mistakes.

The possibility of employees taking money for themselves grows in stores where cash is revealed at the time of sale. Manual cash management, in addition to the immediate costs, can result in major trust issues and substantial levels of staff retention.

Undoubtedly, money, especially coins and bills, has long been thought to be a possible route for diseases to spread from one person to another, albeit there is no substantial evidence to back this up. Germs would “attach” themselves to bills and then be transmitted through the hand-money-hand route, according to the theory.

This can pose a public health danger, particularly when handling food and money at the same time, or when touching money and then touching our faces without first washing our hands. In addition, the present debate about money as a possible means of disease transmission is based on research that shows that, depending on certain parameters, numerous species of bacteria can survive on paper money (type of paper, humidity, etc.).

However, there is currently no strong proof that polluted money can be transmitted to our bodies. The World Health Organization (WHO) previously suggested that the virus that causes COVID-19 can be contracted from coins and banknotes, according to several news outlets (paper money).

A bill counting machine can bring a new level of efficiency to your cash-handling operation. The technology in today’s bill counting devices is great, from saving time to accurate counts and counterfeit detection

You may have your employees spend more time on other things by automating and simplifying the counting of your bills. However, you must first determine which bill counting machine is ideal for your budget.

And, with so many options available today, finding the appropriate one for your company might take a long time. To assist you in making a more informed decision, we’ve compiled the best bill counting machine in the article below.

Unlike basic money counters, it automatically scans a mixed stack of bills as it passes to count and sort them by denomination. Reduces your processing time by half. As the epidemic persists, reduce the harm that currency handling does to the human body.

Forged bill detection is built into the majority of mixed money counter machines. To detect fraudulent money, they employ technologies such as ultraviolet, infrared, and magnetic technology. The scams can be distinguished from the remainder of the stack. These sorters can assist you to lower your potential risk even if you just deal with bills that are regarded to be the most counterfeit-proof currency.

It can sort a stack of money notes that are jumbled and unsorted. It can even organize the notes by rejecting any that are out of alignment with the rest of the stack.

Why Ribao Mixed Denomination Bc-40 is a good option?

All denominations can be read and counted in mix counting mode in Ribao mixed denomination bill counter bc-40. The quantity and amount will both be displayed at the same time. The classic feeding technique, which creates a high friction nudge rubber roller made in the United States, ensures seamless counting for all types of notes, whether brand new or used.

Its daily cleaning and maintenance are quite easy. To clean the sensors and remove the trapped notes, open the channel from the back. 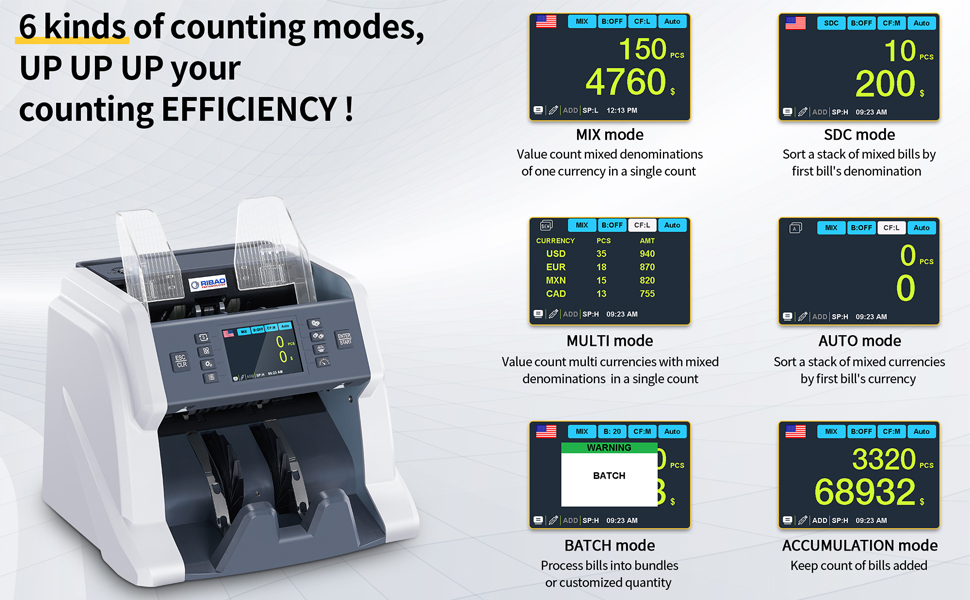