Change has been the big theme of 2020 and 2021 as different businesses and industries have adjusted their own services to match new needs – entertainment has seen a huge shift with the launch of straight to streaming movies to replace cinema and the success seen in other entertainment options like online gambling as the biggest casinos with more options at Max are inevitably starting to replace land-based alternatives.

In addition, big events that had typically depended on live viewership and attendance have since adjusted practices before welcoming back larger groups of fans once again with some even changing to a more virtual set-up. Businesses as a whole have experienced major change. as remote work swept across many business and seems to be set-up for a more permanent future, but something less common to be seen has been a trial change to a 4-day work week for some, and results are starting to come in. 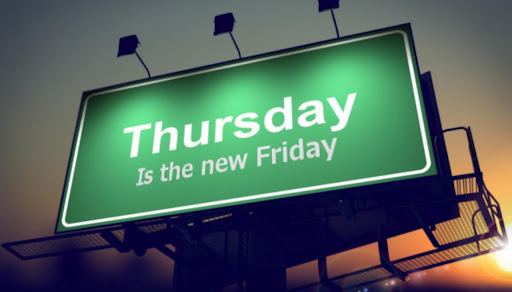 There are two approaches here – before to the past two years the most common had been the approach to increase working hours for the four days worked to cover the fifth day that would be a day off, meaning most individuals would change to work for 10-hours per day, but the more recent change has been a shift down to a 32-hour work week over the four days, with no loss of pay or benefits – with hopes this will continue on the change seen by remote workers of higher productivity and high employee satisfaction.

Early reports for those who have been trialling the latter have started to come in and it’s mostly looking like a very positive experience – no impact to productivity has been seen and in many cases productivity has increased with a well-rested work force and those enjoying work much more, smaller businesses that have trialled this change seem more likely to keep the change permanently and allow for workers to choose all of the flexibility desired, but the change to larger work places may be a bit harder to come by as bigger organisations look more reluctant to stick to change – whilst remote working was much easier to implement and seems to stick around, a major change like this seems a more difficult to sell despite the promising look that has already been given from these trials.

It does seem almost inevitable that a four-day working week may be on the horizon for many in the future, however, lower operating costs for the business as the offset is found with the day closed, and all of the employee satisfaction will be continually measured and could signal another major change to a working lifestyle to fall more in line with recent adjustments seen.