Effects of Drug Addiction on the Human Brain

There used to be a time when addicts were regarded as degenerates. Their addiction was regarded as a fault in their personality, and a result of low will power. Gradually, years later, this misconception is starting to change. Doctors are finally realizing that drugs are chemical compounds that directly affect the brain. Once an addict becomes hooked on a drug, it’s not just a matter of his willpower, but he needs proper treatment. 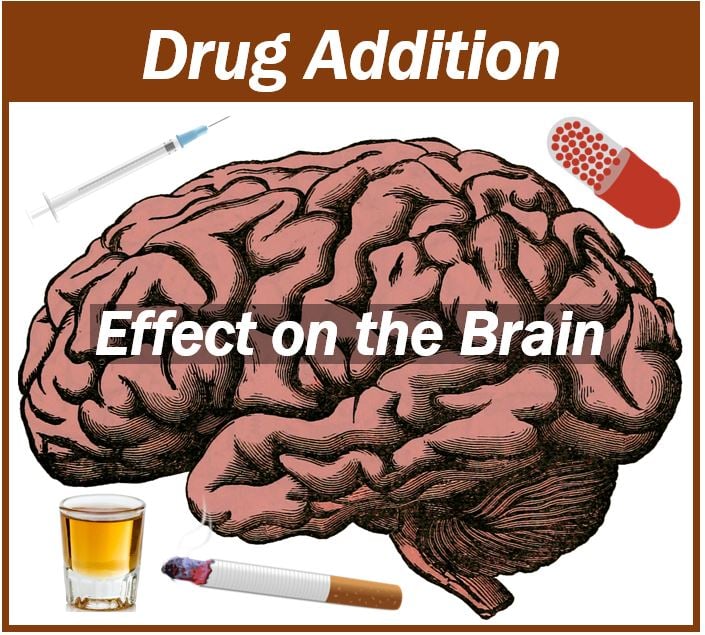 So, addiction should be considered as a chronic brain disease rather than a choice or a moral behavioral problem. When a person first starts taking a drug, he is sure that he will be able to stop anytime he wants to. But, once he gets hooked, professional help is needed to get him back on the right track.

How Does A Person Become An Addict?

At first, a person may try a drug because of the way it makes him feel. The effect of drugs on the body depends on how an addict takes it. For example, injecting a drug makes it go directly into the bloodstream, and the effects are felt in a matter of seconds. On the other hand, ingesting a drug has delayed effects. It doesn’t matter what method he opts; drugs affect the brain sooner or later. When an addict takes a drug, the brain releases dopamine into the body, which produces a feeling of relaxation and enjoyment.

When he starts abusing the drug, the brain and the body develops a tolerance for the drug, and the addict has to increase his dosage to get the same effect. At this point, he has become an addict and is in need of professional care.

How Does a Drug Effect the Brain’s Functionality?

All drugs have the same consequences on an addict’s brain – it effects their brain’s “reward” system. Where in the start, the addicts take the drug voluntarily, over time, the brain develops a habit for it, interfering with a person’s ability to make choices. If the addict suddenly stops taking the drug, the brain produces a feeling of an extreme craving, which compels a person to indulge in the activity once again.

So, addiction and brain diseases are co-occurring diseases, and they must be dealt with in the same way. Turning Point is one of the few rehabilitation centers in Utah that helps a person suffering from an addiction and mental health issues by performing a dual-diagnosis and treating him accordingly.

Common Things in Most Addicts

Where every person handles and reacts to a drug differently, not everyone who uses a drug becomes an addict. However, there are some things that raise the chances of a person becoming an addict.

If your parents or your grandparents had a problem with alcohol and drugs, you’re more likely to become an addict as well. Your genes play a very important part of your addiction. However, the gender of a person doesn’t matter.

Another thing that compels a person to indulge in addictive substances is depression and anxiety. When you are feeling worried all the time, drugs may seem like the only way out.