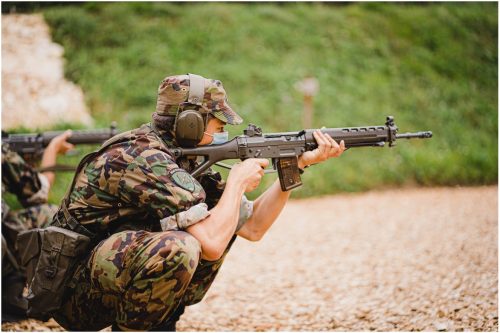 For years, Elbit Systems has worked with various countries to supply them with technologies for boosting the capabilities of their armed forces.

Recently, Elbit Systems UK announced that it had passed the customer’s SAT or Site Acceptance Testing given by the British Army in the latter part of March 2022.

As a result, the company’s ICAVS(D) already partnered with the army this April.

The British Army will use the ICAVS(D) to provide immersive virtual training to its regular and reserve soldiers. The new training programme will take the place of the UBVT. The selection of Elbit Systems UK to supply the training platform occurred in November 2021, and it is an initial project of the of the British Army.

The training platform will provide the strategic advantage with the latest defence virtual stimulation software and high-spec hardware to offer tactical training in virtual mode in the Battlecraft Syllabus of the army. In using the new training platform, the British Army can ascertain the requirements for Collective Training in the future. Conversely, the army can use it to implement collective experimentation and readiness training through its ranks. Furthermore, the programme can increase the fidelity and flexibility of the trainees, which are critical for the training to be effective.

According to Martin Fausset, Elbit Systems UK’s CEO, the delivery & move to service of the Interim Combined Arms Virtual Simulation (Deployable) shows the company’s reputation for bringing advanced training proficiency to the country’s Armed Forces. He added that a new training programme would make sure that the units in the army have the chance to continue their development and maintain their operational readiness in various scenarios. The training programme will allow the soldiers to go through multiple exercises that will review their skills under various weather conditions and the use of equipment in many complex operational environments.

The Training Support Team will deliver the deployable ICAVS as a full-service programme. The firm’s training programme is deployable in the training areas and within barracks.

Aside from replacing the Unit-Based Virtual Trainer (UBVT), the ICAVS(D) will likewise give insights into the future collective training programmes that will replace the army’s combined arms tactical trainer (CATT) and the command and staff training (CAST) systems.