Electric Semi-Trucks and the Future of Truck Driving

Truck driving has been this nation’s backbone for generations. Without trucks and their drivers, corners of America would go without food and medicine. The trucking industry creates more than 700 billion dollars in revenue annually. There is no question that it is a necessity within the country. Another necessity, however, is lowering emissions from that transportation industry. 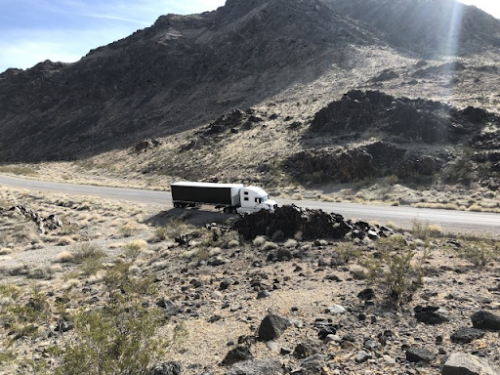 Everyone has seen the black clouds of smoke that release into the air when semi-trucks press the gas. It’s obvious the current process cannot be healthy for our world. Not only trucks, but vehicles of all kinds are creating emissions that, in the near future, could cause irreversible issues with the environment. The electric car scene is already booming with Tesla’s stylish vehicles and many other companies like Ford, Mercedes, and Toyota releasing hybrid/electric cars. The revolution has long been started, but now, it’s hitting the trucking world.

This might be an apparent advancement for the environment, but it isn’t as simple as you may imagine. Trucks need to travel hundreds of miles at a time, carry 75,000 pounds or more, and have torque to travel up and down hills with that weight. Even with the challenges, the time is here for semi-trucks to forget the past and enter the future. Instead of diesel engines that emit harmful carbon dioxide into the air, the hydrogen-based or battery-powered electric engines create zero emissions.

Since 1990, greenhouse gas emissions caused by human activity have increased by more than 8%. According to the Environmental Protection Agency (EPA), the transportation industry is the largest cause of emissions released into the atmosphere at 29%. Something needs to be done to lower the amount of gases that vehicles create. Trucking is responsible for 23% of all the transportation industry’s emissions and counting.

These gases that are being released are creating a chain reaction of harmful effects on the planet. Ensuing consequences include rising sea levels, rise in temperatures, and increase in natural disasters.

While the passenger vehicle trend has been turning electric for years, trucking has been left behind- until now. This Earth is the only one we have; it needs to be cared for. The trucking world was stuck in the past; thanks to the following companies, it is entering an environmentally friendly era.

The Semi-Trucks of the Future

Electric anything has been sweeping the headlines recently. Everyone is worried about the environment, as they should be. If something can reverse the issues that have been caused by us, people are intrigued. The trucking industry was lacking innovation to help the emission issues it faced. Until recently, nothing was being done. Medium and heavy-duty trucks were about the same as they were decades prior- gas guzzling machines that account for a large percentage of the harmful gases released into the atmosphere. Elon Musk, and CEOs like him, knew the trucking industry needed an update.

Tesla is an enormous company, thanks mostly to the massive success of its electric vehicles. Elon Musk, the CEO of Tesla, took electric a step further. The Tesla Semi is combining efficiency, power, and environmental friendliness. This truck is loaded with features that make it, arguably, the most innovative truck ever built. The truck is capable of going 0-60 mph in 20 seconds with a payload of 80,000 pounds. It costs $180,000 for an engine capable of driving up to 500 miles per charge. The driver is situated in the middle of the vehicle, instead of the left seat. This makes driving safer by providing more visibility.

Taking only 10 minutes to recharge, the Nikola One is giving Tesla a run for its money. Fit with 1,000 horsepower and an estimated 750 miles of range, it has the longest mileage of any of the new zero-emission semi-trucks. Unlike Tesla, Nikola Motor Company is using hydrogen to power its vehicle. Hydrogen will release zero emissions into the atmosphere, creating better air for our lungs and a cleaner earth. The Nikola One already has $13 billion in pre-order reservations.

Developed in 2018, Daimler began releasing two models of electric vehicles: the eCascadia and the eM2. The eM2 is your basic medium-duty truck that is capable of handling what a large fed-ex truck would. The Daimler electric trucks are vehicles directly modeled after its successful diesel trucks. The eCascadia is the heavy-duty truck capable of pulling that of an average diesel semi. The idea is to bring the same luxuries, but without the guilt of emissions. Daimler stands out in the crowd because the vehicles are far cheaper than their sister semi-trucks, yet still quite a bit more expensive than the average diesel semi.

The BMW Group has teamed up with Teberg, a Dutch engineering group, to bring the electric truck to Germany. It has already released the truck into regular service on the streets of Munich, and it has been a huge success. The BMW all-electric truck doesn’t have the payload of most diesel trucks yet, but innovations are in the process. This truck is the only one in the world to have real-time experience.

Like all things, there are positive and negative outcomes to the electric/hydrogen-based trucks. The most obvious positive is cleaning up the environment. The leading contributor to greenhouses gases in the United States is the vehicles on the road. More than 255 million gas automobiles create vast amounts of harmful emissions. Hydrogen or electric-powered trucks can reverse this issue. Trucking is a huge part of transportation throughout the country; if these emissions can be decreased, there is hope for the entire industry.

Going electric is also good for truck drivers. Instead of the ominous automated-vehicle trend, which makes drivers lose their jobs, electric vehicles allow truck drivers to keep their careers. In fact, if electric cars are on the roads, it could create more trucking jobs in the U.S. The only danger about electric semi-trucks taking over diesel, is the technology that may follow. Driver assistance, brake assistance, and collision avoidance are already installed in all of the aforementioned trucks. If this type of technology continues, it could force truck drivers out of their jobs. Completely automated trucks, which require no driver, could make careers in the industry plummet.

Then again, road accidents are a common cause of roadway fatalities. If semi-trucks were to go autonomous, it could be of help to decline the numbers but it’s still important to be defensive while driving and prevent injuries. If you’ve been in an accident involving a semi-truck, you could be compensated for your injuries. Assure you have attorneys on your side who can help like Halliday McCall Accident Lawyers of Illinois.

Only time will tell if other companies follow suit in going electric with their semi-truck production. The future looks bright for the environment, though. People are realizing that what you put into this world, is what is going to come out of it. If we release harmful things into the atmosphere, harmful things will return. Electric cars, motorcycles, and trucks are beginning to make headlines; with hard work, we can reverse the negative effects we have caused.

About the Author Patrick Halliday

Patrick Halliday is a partner of Halliday McCall Accident Lawyers of Illinois. The opening of his own office in central Illinois was a process that started at the end of 2017 after having been a partner in a major Chicago based litigation law firm. He has been practicing law for over 15 years in the Chicago area working on high profile cases and multi-million dollar claims. Mr. Halliday has helped clients win cases on both the prosecution and defense sides of legal claims. Having experience on both sides of matters has allowed him to maximize the results for his clients’ cases. Attorney Halliday obtained his undergraduate degree at Northern Illinois University and his J.D. at DePaul University College of Law.

Interesting Related Article: ” Could Self-Driving Trucks Be The Future Of Shipping Cars?“