Electric Semi Trucks Are the Future of Trucking 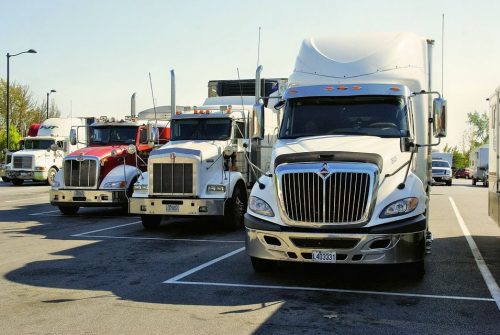 Normally, passenger vehicles receive plenty of attention when any revolutionizing concept is introduced in the transportation industry.

However, we often miss the fact that the US trucking industry consumes a staggering amount of oil—almost 2.8 million barrels—daily. This roughly makes up to 1.02 billion barrels per year.

According to a study conducted by the American Transportation Research Institute and the University of Michigan Transportation Institute, experts have estimated that freight load capacity will rise by a whopping 17 percent in the next decade.

As we already know that the US speaks highly against climate change, they must show some support towards electric vehicles and spread awareness among people about the hazardous effects of using smoke-guzzling semi-trucks and transportation.

In fact, several transport companies have taken electric vehicles seriously and are ready to undergo a profound shift towards battery-operated vehicles.

With many countries considering banning non-renewable-powered vehicles in the near future, we need to use future-ready trucking systems integrated with cloud-based TMS solutions such as LoadStop (loadstop.com/cloud-based-tms-software) that make use of electric solutions to boost the long-haul freight management industry.

Electric vehicles (EVs) are environmentally friendly, which has encouraged many existing and emerging trucking manufacturers to cater to the best electric semi-trucks.

While electric and hybrid passenger and small commercial vehicles have been present in the market for many years, electric semi-trucks are still considered an emerging trend currently dictated by high monetary investments, technological advancements, and safety regulations. Let’s understand what the future holds for electric vehicles in the trucking industry.

Heavy Investments May Be a Problem

Looking at the recent trends, it is evident that electric trucking has not taken off in the same way it has for passenger vehicles. Though the truck manufacturers are enthusiastic about selling electric vehicles, it is clear that customers are not looking to invest enough in the technology at present.

The biggest problem is that the customers are not ready to make such a huge investment. They make money with their trucks. If they have a truck that costs around $100,000 and another that costs $150,000 but performs the same job, they would surely get the cheaper one.

Therefore, despite customers being interested in electric trucking technology, they do not invest in it as they feel they cannot ride out the payoff. This can only change when there is a decrease in the prices of electric trucks.

According to several experts, the prices of electric batteries are likely to decrease in the coming time. This means electric vehicles would cost the same or even less than combustion engine vehicles by 2025.

At present, the trucking industry is experiencing its first feasible wave of electric trucks. It wouldn’t be wrong to say that fully-operated electric trucks are still in their initial phase. Also, for many fleets, electric trucks cannot compete with traditional combustion engine-based vehicles yet. The reason is that many zero-emission trucks available in the market are only workable for fleets operating on short-haul routes, such as urban pick-ups and deliveries.

As soon as the electric batteries improve, the next rational step would be to implement them on regional and long-haul routes. Until these obstacles are not removed, at the moment, it is best to invest in hybrid vehicles that offer more breathing room and flexibility to the operator and the fleet.

At the moment, several leading trucking manufacturers are in the process of developing electric vehicles that offer more flexibility. For example, Volvo Trucks announced last year that they would begin deploying electric trucks across California in 2020. This is an integral step in Volvo’s long-term initiative about a future involving zero-emission trucking.

Over the last few years, many transportation and logistics companies have adopted electric vehicles. In 2017, Walmart announced that it had already preordered 15 of Tesla’s new electric tractor trailers to add to its growing massive fleet. During that time, many experts anticipated that this move could help Wal-Mart save up to $25,000 per year for each semi-truck.

Afterward, many other leading logistics companies, such as UPS and Ryder, announced that they would add electric vehicles to their fleets. In fact, UPS went a step further and invested in the startup, namely Thor Trucks, to custom-make a fleet of delivery trucks. As per the company, the class 6 trucks would be equipped with battery ranges of 100 miles.

Let’s not deny that most of the orders for electric trucks come from the richest companies in the world. As we have already discussed above, small to medium-scaled companies may take some time to invest in the technology, given the prices of the battery drop to a level in which they can easily invest.

Companies that have already invested in the technology and the ones that are implementing the technology set unprecedented trends for the entire trucking industry. Smaller companies would eventually follow in their footsteps if they see the bigger companies become more profitable after adopting electric vehicles.

We can see electric trucks leaving a strong footprint in the trucking industry when this happens. As a result, this will encourage electric truck manufacturers to innovate even further with the technology.

Until that time, fleets need to maintain efficient maintenance programs and inspections to become ready to adapt to the future of electric trucking and delivery.

Interesting Related Article: “Trucking: What You Need to Know“