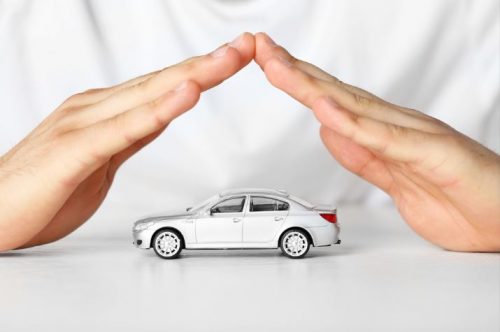 The word “insurance” makes some people shudder. It’s a bill that nobody wants to pay and can be a headache to deal with when you get in an accident. Note that most states require drivers have some form of auto insurance. And you really don’t want to get stuck paying for medical or vehicular damages if you do end up causing a crash.

Here’s what you need to think about when estimating auto insurance costs.

What’s the Right Amount of Coverage?

There’s a lot to think about when you’re deciding how much coverage you need for your auto insurance. Nobody wants to pay money that isn’t being put to use. That’s often how it feels when you’re paying your insurance bills. You’re not getting in any accidents, yet you still have to spend money on it. Try to envision what might happen, however, in the case that you do get into a car accident—especially a serious one.

When looking at policies, they’ll often be presented with three main numbers, and look something like this: 20/50/10, or 100/300/100. These numbers don’t really mean anything if you’re not familiar with auto insurance. The first two refer to coverage for bodily injury. First is for single-person injury, and the second is for anyone injured in an accident that’s your fault. The third number is your coverage for other people’s vehicles when you causes an accident. When you think about it, getting minimum coverage really doesn’t take care of many costs. Accidents can be extremely expensive. A new vehicle on average costs over $36,000! That’s a lot higher than the $5,000 to $25,000 minimum required by states.

So, what happens if you’re in an accident that results in damages above your coverage? Well, you’re still going to be liable. For some people, this might not matter. For example, you might have minimum coverage because you don’t have enough money to afford anything more, and don’t have any additional assets. Then again, you need to be very careful getting minimum coverage if you have money in the bank, or other assets like cars or a house. These can be taken in the event that your insurance doesn’t cover the costs of an accident that’s your fault. This is why a 100/300/100 plan is often suggested as a safe amount of coverage.

There are a lot of things that go into determining your overall auto budget. Your loan is, of course, your main focus. If you’ve been reliably paying off your car loan, it’s a good idea to try refinancing the debt. Use an auto refinance calculator from RoadLoans to see how much you could save by renegotiating your loan. Still, your loan isn’t the only cost you should factor into your auto budget.

How often do you drive your vehicle? If you’re in the car for an hour every day, you’re going to end up spending a significant amount of money on gas every year. You can use a gas cost calculator to get an idea as to how much you spend fueling your car. Additionally, the more you drive, the more you’re going to have to spend on maintenance and repairs.

When thinking about insurance costs, your policy will of course play a huge part in your premium. But your driving history, and the type of car you drive, will also make a big impact on the amount you have to pay the insurance company. If you’re a safe driver, and responsible enough to save money on your own, you might benefit from choosing a plan with a higher deductible. This means that you’ll have to pay a bit more out of pocket if you do get into an accident. But higher deductible plans typically come with notably lower premiums.

If you can put some of that money aside, you can probably spend significantly less on insurance in the long run. You can also use an auto insurance estimator tool to get a better feel for your potential costs.

The Cheapest Option Probably Won’t Be the Best

Like many things in life, you probably aren’t going to get the best option by paying the lowest possible amount of money. For some people, this will be the only possible choice due to their financial situation. However, no matter who you are, you should take the time to compare rates from a variety of auto insurance providers. There are often notable differences in the price of similar quotes from various companies. Some additional options can be crucial if you happen to get into an accident—such as personal injury protection (PIP) and underinsured motorist coverage. These will further guarantee your financial stability following a crash.

It’s also worth noting that not all insurance companies are the same when it comes to their quality. You don’t want to be left out on your own when you actually need to talk to someone from your insurance company. Take a look at customer reviews to see what real people say about a provider before you sign up with them.

In the end, you may not want to pay for car insurance. But it’s an essential part of owning a vehicle. Consider all these points when you’re in the process of putting together your auto budget.