Ethereum can dominate bitcoin in the future. 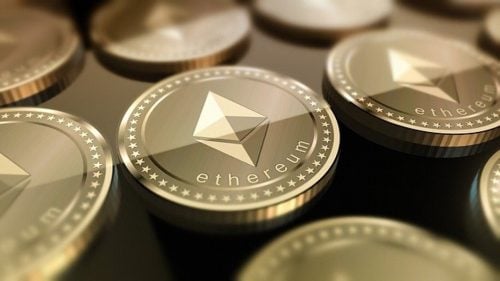 Ethereum has also had incredible success within its networks, which lends to its potential for dominance in the future. The way that Ethereum handles smart contracts and transfers makes it a much more attractive option for business partnerships than bitcoin. In addition, before you start your trading journey, you might consider knowing about The surge of crypto in the Middle East.

This potential will be further legitimized by Ethereum’s move to Proof-of-Stake mining, which offers more stability with high throughput capacities and generally lowers the environmental impact of mining.

Ethereum will be one of many currencies to fall into this speculation category. Its successful growth over the years and its resiliency through current issues, such as the DAO’s hack, will make cryptocurrencies a market force in finance during the next several years.

However, the measure of an international currency often relies on a person’s location and what is accepted as legal tender. Bitcoin is one example that dominates within its network but few others. Its network is still relatively small compared to Ethereum, but it is still the preferred option for many due to its reputation for security and stability.

Bitcoin is the dominant currency on the market, which has made it a popular option for global money transfers. Most Bitcoin transactions move through bitcoin exchanges rather than from person to person. Even though most people may be familiar with bitcoin, not nearly enough people have heard of Ethereum or other altcoins that enable smoother peer-to-peer transfers without an intermediary. Let’s discuss how Ethereum can end bitcoin’s dominance.

Ethereum is programmable money and can give us intelligent contract technology and a Decentralized Autonomous Organization (DAO). As you can see, Ethereum holds much more potential than Bitcoin because users can use it for much more.

Ethereum’s community is more active than bitcoin since users must download the entire Ethereum blockchain to interact with the system. In contrast, with bitcoin, they only need to download part of it to transact with it.

Bitcoin currently transacts at seven transactions per second, while Ethereum has 10-20 times that of Bitcoin, depending on the network speed and technology used for the network. In addition, Ethereum currently has its token called Ether which is used to pay for gas (tx fees) on its network. Bitcoin, on the other hand, uses bitcoin to deliver transactions. However, due to the increased competition between miners in bitcoin and the increase in bitcoin blocks, Ethereum transaction costs are far lower than those of bitcoin.

Ethereum’s vibrant community is growing larger daily due to its potential. Due to this potential, Ethereum has been the focal point of many cryptocurrency projects and other financial applications such as smart contracts, decentralized autonomous organizations, and prediction markets.

Ethereum is an open-source project which gives it a massive advantage over bitcoin since many companies can work on improving the network for the benefit of all users instead of only those who can afford to fund development through donations or venture capital funding. Ethereum is being used by many large companies taking advantage of its advanced technology. For example, Microsoft has created Quorum, a private version of Ethereum, while JP Morgan is creating an interface between Ethereum and its private blockchain technology called Quorum.

Ethereum has a lower market capitalization than bitcoin. As a result, its valuation is more stable since the currency is less overvalued than its peers in the crypto marketplace. Ethereum also has fewer people actively trading it, which makes the volatility curve less steep than that of bitcoin. Ether is currently much cheaper than bitcoin and could still have massive potential due to projects.

Bitcoin will continue to be dominant for the foreseeable future, but with all this hype about Ethereum, it can be a real contender to Bitcoin. Ethereum has had tremendous success within its networks as well, and the way that Ethereum handles smart contracts and transfers makes it a much more attractive option for business partnerships than bitcoin. This potential will be further legitimized by Ethereum’s move to Proof-of-Stake mining, which not only offers more stability with high throughput capacities but also generally lowers the environmental impact of mining. As a result, Ethereum has an excellent chance of being among the top three most essential cryptocurrencies five years from now due to its stability and growth metrics.