Every IoT Deployment Is Unique. Why Flexible IoT SIM Card Data Plans Are a Must 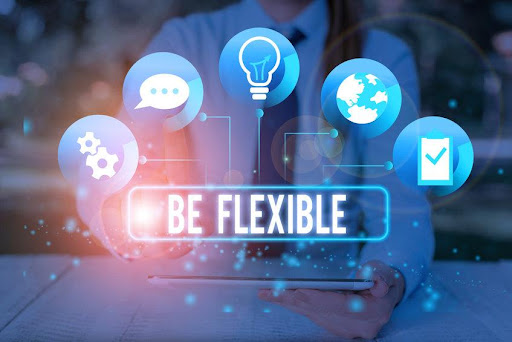 We speak with many clients and prospects every day and there are no “cookie-cutter” projects; every deployment is unique. Every conversation we have is very different because there seems to be as many types of IoT projects requiring IoT SIM cards as there are grains of sand on the beach. These all have their own requirements including the type and amount of data consumption. It is vital that the IoT SIM card provider be as flexible as possible to accommodate these various needs.

Data consumption models/plans take on many forms, including:

In this article, we focus on PAYG, and Pooled data plans & the use cases for each.

In the early days of IoT SIM card use, all the carriers only offered PAYG plans. PAYG plans are set up so each IoT device has an individual data plan or were charged on a per megabyte basis (no discount plan). Because of the variable consumption of each SIM card, these plans were invariably Prepaid where each SIM carries a balance that is drawn down as data is consumed.

Pooled (or “shared”) data plans were introduced years later to allow the client to predict more accurately the spend for data. This flattening of the cost for IoT SIM card data is achieved because SIMs that are using more data are offset by SIMs that are using less data. If you stay within the overall pool size, you aren’t charged for “overage” and the monthly cost remains constant.

Because these two types of plans are so different it makes sense to look at the pros and cons of each plan type and what are the best use cases for each plan. Let’s start with PAYG plans. These are best for deployments where your IoT SIM cards have varying data consumption requirements. This could be because the devices in the field are being used more or less frequently as other devices (think about GPS tracking devices for fleets, where some vehicles are used more often than others), or because the use cases are completely different (think about GPS tracking vs. Asset tracking vs Failover routers). Because each SIM has its plan, this is the most flexible of options. Typically, PAYG IoT SIM cards have a plan associated with it, but it can also be charged for just the actual per MB it consumes (without a plan). PAYG can also be used effectively in global IOT deployments where there are some devices in countries with lower cost, and other devices in more expensive countries. This flexibility means you aren’t locked into paying a higher rate based on those higher tariff countries.

We see clients using PAYG plans most effectively for solutions like:

There are cons of PAYG plans, though. PAYG data plans are static like 5MB, 10MB, 25MB, etc. They also can be more expensive than Pooled plans, especially if you are just paying per MB without a plan. Another con of the PAYG plans is that service providers usually have a minimum monthly usage requirement, so even if you are using a small amount of per MB usage, there is a cost threshold you must cross, or you will be charged to make up the difference

Now let’s look at shared data plans for IoT SIM cards. These plans work well for projects where the SIMs use very similar data quantities. Shared data plans can come in two varieties. One is a “data bucket” where you buy a single bucket of data & you purchase IoT SIMs to share that bucket. The other is pooled data where each SIM card has a fixed plan, and that data is shared amongst all the other SIMs on the account. There is an important nuance between these models. The data bucket plan example means you buy a plan like 1, 5, 10GB, etc. and then you can put a fixed number of SIMs under that bucket. This plan can lead to lots of wasted data, because if you buy 5GB and have 700 active SIMs then each SIM should use ~7.3MB, but if your average consumption per SIM is 3MB, then you are leaving a lot of data on the table. Pooled data is the better model because you can choose a plan that each SIM uses on average. So, if you have the same 700 SIMs and the pooled plan is 3MB then you are not wasting any data; you purchase only what you need. This shared pool also grows proportionally to your needs as your deployment grows. The best providers also customize their pooled data plans to your precise needs; they don’t have set plans like 5MB, 10MB, 25MB, etc., but rather, they create the plan you need. If you need 3MB, then they create that. If you need 7.2MB, then they can create that…this is the ultimately flexible plan.

Pooled data plans are by far the most popular plan for IoT deployments. Most IoT solution providers are focused on a single solution with very predictable and static data consumption rates. These solutions include:

There is a con to pooled and data bucket plans though. These plans typically require all of the SIMs in the pool be on the same exact plan. They must have the same data requirements and include the same countries. Most clients don’t have the need to have various plans on a single account, though, so this limitation is rarely a “deal breaker.”

You may be interested in: How Can Someone Get Private Information from My Phone?