Everything there is to Know about New Energy

The whole world runs on energy. From washing the clothes to running your laptop, your everyday work requires energy to perform the task. But have you ever wondered, from where does this energy come? Many energies contribute towards forming renewable energy. For everyone living on this planet, Should possess knowledge about CHINT new energy. In this article, we will be discussing its basics in detail. 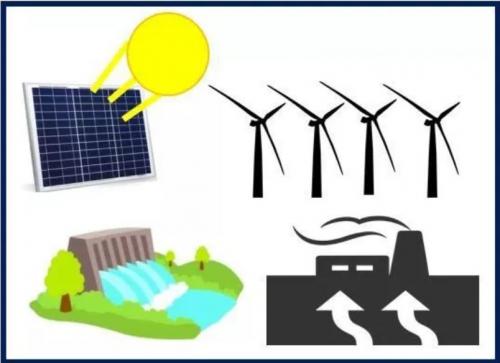 Energy in Physics has been defined as the capacity of doing work. It exists in various forms and can be transferred from one body to another. It designates according to its nature and is always associated with motion. Energy can not be destroyed, but it can be changed into other forms. This principle is also known as the conservation of energy.

This energy is related to the objects in motion. The energy is dependent on the mass of the object and speed. The matters of the particle are made with the combination of kinetic and electric potential energy.

The course of interaction between two electric charges is measured through this energy. This energy is crucial as everything is made out of this energy, i.e., the protons and electrons.

The gravitational potential energy is connected with gravity between the objects having mass in it.

The time taken to increase the temperature of the objects is considered thermal energy.

The transferring of a chemical reaction into energy is called chemical potential energy. This includes daily habits like eating food. This energy is also used in gasoline and chemical batteries.

Fossil fuels are of that biological origin, which contains hydrocarbons within the earth’s crust. It can be used as a source of energy. These include coal, natural gas, oil, petroleum, and many more. They are formed due to a geologic process that acts on the remains of organic matter. These fossil fuels can be burned in air or oxygen, which is being derived from the air. This heat is used for producing steam in the generators for supplying electricity. Fossil fuel has been used rapidly, and large industries are utilizing approx 80% of them. Although the new reserves have been discovered, the remaining reserves are minimal.

Solar energy is formed with the radiation of the sun, which produces heat. It causes a chemical reaction that is further used for generating electricity. There is an excess amount of solar energy globally, which can quickly satisfy future needs. The inexhaustible supply has made it a great source of renewable energy. The sun is being considered the most powerful and most extensive source of energy. It is due to the immense, immense radial spread of radiation from the sun. But the earth’s atmosphere and clouds absorb approx 54% of the sunlight. The sunlight reaching the ground consists of 45% of infrared radiation, ultraviolet, and other forms of electromagnetic radiation. The solar panel has been the best way of using this for electrical energy. The source is free, but unfortunately, the cost of collection and conversion remains high. It can be converted into thermal or electrical energy.

Hydroelectric power is also known as hydropower. Hydropower is the electricity which is produced from generators followed by turbines. It converts the potential energy into mechanical energy. It is the most widely used energy source, which holds more than 18% of the world’s total power generation capacity. The hydroelectric powers are usually builtup in dams to get the high rise of water from the rivers. This water is collected through large pies and is led down through pipes. The falling of water causes the turbine to rotate, which drives in the generators. It further converts the mechanical energy into electricity. The transformers are placed to convert it also into a suitable voltage for the long-distance transmission. The place where this process takes place is known as the powerhouse.

There are some more additions to it, like wind power, which provides mechanical energy through wind turbines with the help of the wind. This turns the electric generator on for electrical power. This sustainable and renewable energy source has a much smaller negative impact on the environment compared with fossil fuels. It is one of the fastest-growing resources while being cost-effective. It just needs good land based wind sites located outside the city and transmission lines to bring the electricity into the city.

Interesting Related Article: “The Pros and Cons of Renewable Energy“