Everything You Need To Know About Bid Bonds 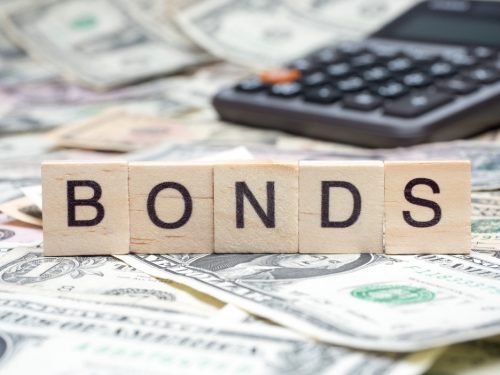 A bid bond is a type of construction bond that covers the project owner during the bidding process for a construction project. It is an assurance that you, as the bidder, make to the building owner to ensure that they will be reimbursed if you fail to fulfill the conditions of the offer.

Bid bond is often secured through a surety company, such as an insurance agency or bank. It helps ensure that a contractor is economically sound and has the funds necessary to take on a task. Bid bonds are particularly needed in projects that include performance bonds and payment bonds.

The Characteristics Of Bid Bonds

These bonds include three parties: the obligee, the principal, and the surety. The obligee is the proprietor or developer of the underbid building project, and the bidder or intended contractor is the principal. The entity that provides the bonds to the principal is the surety. The principal pays the surety a specified sum for the bond, similar to payment for an insurance plan. The penal sum is the bond’s coverage amount, and it indicates the most severe compensatory damages that the surety will compensate with the bond. Penalties might vary from 5% to 20% of the bid value.

How Do These Bonds Work?

Throughout a competitive construction bidding, multiple contractors (principals) assess how much the task will cost to submit the final pricing in a bid to the owner (the obligee). The bidder who wins the bid is awarded the contract. These contracts aim to keep the contractors from presenting spurious or excessively cheap bids to obtain a deal.

A bid bond ensures that the bidder who gets the bid will follow the bid provisions once the agreement is signed. Suppose the bidder fails to fulfill the conditions of the bid, for instance, by raising his cost for the task after the deal is executed. In that case, the contract may be terminated, and the proprietor will have to find another management contractor, which probably will be the next-lowest bidder. The bond reimburses the owner for the difference in cost between the first contractor’s bid and the next-lowest bid. Depending on the circumstances of the bond, the surety agency may litigate the contractor to retrieve those fees.

The Cost Of Implementing These Contracts

The premium paid by the contractor to the surety for the contract is determined by various criteria, such as the budget of the building (bid cost), the location of facilities, the proprietor, and the contractor’s financial holdings. The bond premiums for modest projects may be fixed, like $150 to $250. For massive projects, the premium is often calculated as a percentage of the overall cost of the project plus the penalty amount.

The penalty for federally supported projects is set at 20% of the project’s cost. For non-federal projects, the average penalty amount ranges between 5 and 10% of the overall project cost. Bond premiums typically vary between 1 and 5% of the penal sum. For instance, if the project costs $600,000 and the penalty total is $60,000, the contractor’s bond fee might range between $600 and $2,600.

Requirements For A Bid Bond

All bidders on any government or federal project are obliged to file these bonds under the provisions of the Miller Act, which is still the standard today. This criterion is also used by many private businesses to shield themselves from danger during the tendering bid process. Obtaining a surety bond is critical if you want your firm to compete in construction projects, and a surety bond is necessary for specific places to get licenses or permits. Most significantly, nearly all construction owners and developers will ask you to post a bond before bidding on their ventures.

Federal surety bond obligations can be satisfied in a variety of ways, including:

Cash or any authorized certificates of deposit, Canadian agency securities, and stocks and bonds traded on any North American, U.S, or Canadian exchange are all eligible assets. There are also other unreasonable valuable assets in the lists; these include the assets that may be difficult to sell, such as real estate, life estate, jewels, personal sureties, and a variety of others.