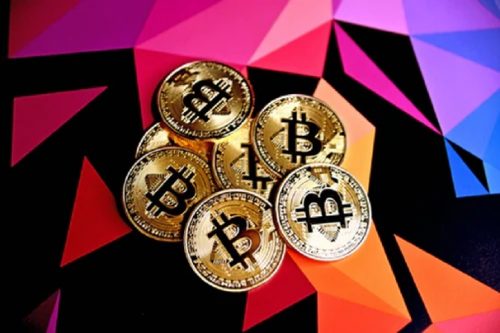 Bitcoin is a type of digital currency that is created and held electronically.

It is not controlled by any one person or entity, but instead, it is managed by a group of people called miners.

The Bitcoin Revolution has grown in popularity because it provides an opportunity to create new wealth without the need for government backing or financial institutions.

The first step to getting Bitcoin is to set up a wallet.

There are many different types of wallets, but the most popular are software wallets and hardware wallets.

Software wallets can be downloaded from your phone’s app store and can be accessed from any device with internet access.

Hardware wallets are physical devices that generate private keys securely offline so they can’t be hacked, but they must be plugged into a computer to send Bitcoin transactions online.

Introduction: What is Bitcoin And How Does It Work?

Bitcoin is a digital currency that can be traded for goods or services. It was created in 2009 by an unknown person or group of people under the name Satoshi Nakamoto.

Bitcoin is an online, decentralized currency created in 2009 by an unknown person or group of people under the pseudonym Satoshi Nakamoto. It has attracted attention because it does not rely on any central authority and its transactions are anonymous, which advocates say helps protect against fraud and reduces transaction costs.

Bitcoin is not controlled by any government, bank, organization or individual. It is completely decentralized and relies on peer-to-peer transactions to function properly. The only way to acquire bitcoins is through mining or trading with someone who already has bitcoins.

Top 5 Reasons Why Bitcoin Could Be The Future of Money

Bitcoin is a type of cryptocurrency, a digital currency that uses cryptography to secure transactions and control the creation of new units. It can be used as an investment, traded like any other currency, and used to purchase goods and services.

The following are the top five reasons why Bitcoin could be the future of money:

1) Bitcoin has been around for almost 10 years.

2) It has been able to survive several market crashes.

3) The value of Bitcoin continues to grow as more people use it.

4) Governments are unable to regulate it because they don’t have any control over it.

5) It is a decentralized currency which means it is not controlled by any one entity or government which makes it safer than other currencies.

Bitcoin vs Dollar – Which One Is More Secure?

Bitcoin is a cryptocurrency that was developed in 2009. It is the first decentralized digital currency and it is not controlled by any government or central authority. Bitcoin has a few advantages over the dollar, but there are also some disadvantages.

The security of Bitcoin is based on its blockchain technology. The blockchain acts as a public ledger for all Bitcoin transactions, meaning that all transactions are recorded in chronological order and cannot be tampered with or reversed. This means that if someone tries to spend their Bitcoins twice, the system will automatically detect this problem and refuse to process their transaction.

Bitcoin’s blockchain technology also makes it more difficult for hackers to steal Bitcoins because they would need access to millions to access or change. In order to add a new block, a majority of the computers that are connected to the network must confirm that the transaction is valid.

Bitcoin’s Impact on the World’s Economies by 2020 –

Bitcoin is a cryptocurrency and a digital payment system. It was introduced in 2009 and is the first decentralized digital currency. Bitcoin is not backed by any government or central bank, but by an open-source software created by a developer named Satoshi Nakamoto.

Bitcoin’s impact on the world’s economies by 2022 – what economists think about it:

In terms of bitcoin’s impact on the world’s economies by 2022, there are mixed opinions from economists. Some say that bitcoin will have a positive effect on global trade while others say that it could lead to economic turmoil in countries with weak currencies. However, there are some who believe that bitcoin can bring about more financial inclusion for people who don’t have access to traditional banking services.

The future of money is not something that can be predicted with certainty. However, there are a few trends and predictions as to what the future may hold for this concept. Bitcoin has been around since 2009 and it continues to grow in popularity year after year. Its decentralized nature means governments cannot regulate it which many people see as an advantage over other currencies like dollars or euros. Economists have mixed opinions about bitcoin but some say its positive effects on global trade could outweigh any negative impacts such as economic turmoil in countries with weak currencies or lack of access to traditional banking services by those who don’t own bitcoin yet.