Over the past few years, a new trend has emerged in the business world, with companies looking to improve operational efficiency using the latest technological advances.  Software developers are now pairing automation and artificial intelligence, which has caused a paradigm shift in many industries. 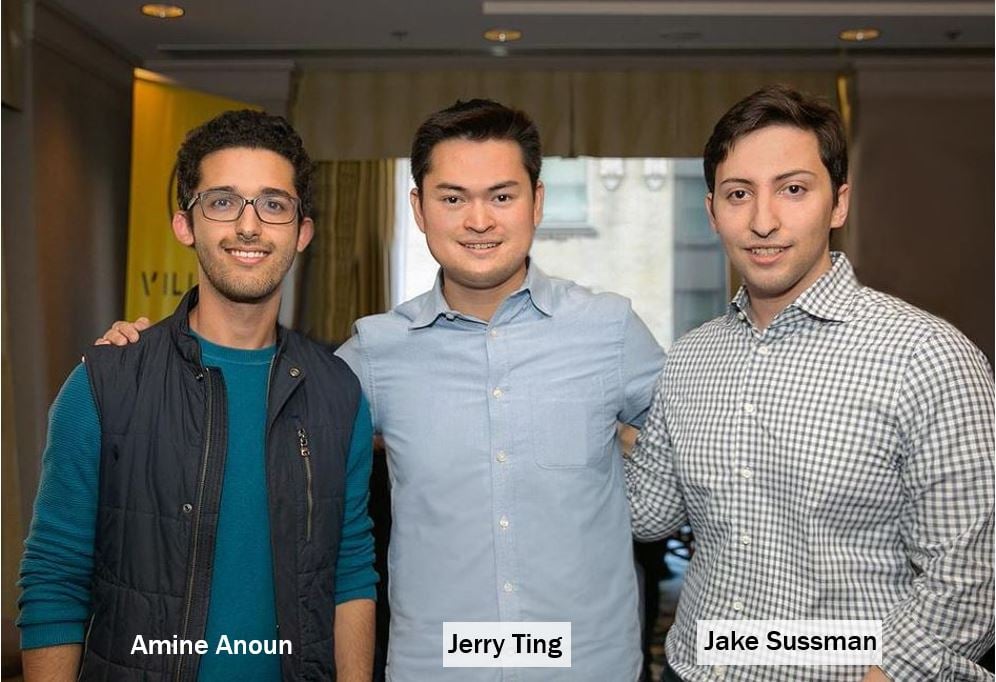 It is within this framework that Jerry Ting built Evisort, a software looking to completely automate all processes related to sorting and pulling up information from a company’s legal documents. Once he had the idea, he approached his co-founders about the feasibility of automation for legal paperwork. Jerry Ting, Amine Anoun and Jake Sussman co-founded Evisort in 2016.

Evisort – a portmanteau of Evidence & Sorter

The company name Evisort is a portmanteau, a combination of evidence and sorter. Initially, Jerry Ting anticipated that Evisort software would sort court evidence, but the software can now sift through all of a company’s legal documents. Evisort’s machine-based learning system both reads and analyzes contracts.

Mostly, Evisort offers its service to law firms. However, Evisort also does business with consumers outside of the legal profession, including sports teams who want to extract data to review terms within player contracts.

Aside from the tech industry’s advances in automation and artificial intelligence, the industry has undergone an additional transformation in data infrastructure. Clients now expect data management systems to be merged with cloud storage. Therefore, Jerry Ting and his co-founders created Evisort with this expectation in mind.

Automation and AI used in accounting

While Jerry Ting studied at Harvard – he observed his prospective co-founder, Amine Anoun, using automation and artificial intelligence hybrid for accounting. Ting asked whether law firms were already using similar technology and found that legal departments had not yet caught up with the times.

Ting, Anoun, and Sussman saw this as a golden opportunity to enter an untapped market. Consequently, researchers from MIT and Harvard developed the accompanying algorithms for Evisort within a coworking space at Harvard called the Harvard Innovation Labs.

Evisort has continued to expand since 2016. Since its three founders established the company and created the software at the Labs, they have grown and acquired offices in Boston and California. Soon, Evisort will set up a headquarters in San Mateo. The company has also been featured with a profile and impressive article in Forbes.

Additionally, Amity Ventures and Serra Ventures have invested in the company. With monetary support in the form of seed funding and a growing network of experts with which to partner, the Evisort executives hired Francisco Meza to lead the engineering team. Meza has more than two decades of engineering experience. Specifically, he’s worked for both Invitae and MuleSoft.

Meza has focused on how scalability depends on cloud infrastructure. Evisoft plans to use cloud storage to shift the way businesses store data, especially since lawyers normally require a lot of paperwork; something that does not prove helpful when trying to combat climate change.

Jerry Ting’s plan to scale exponentially seems sustainable, both in regards to the environment and as a way for companies to effectively store data at large.

Jerry Ting has stated, in a recent podcast with Technically Legal, that Evisort has the capacity to work congruently with existing software. While Jerry Ting says that was not the initial plan, he demonstrates that listening to customer needs and input has been a major driver of Evisort’s success. Existing solutions are now integrated with the Evisort software.

In 2019, all three of Evisort’s founders held a spot within Forbes list of 30 under 30 for Law and Policy for their innovation in legal contract review. Evisort’s software removes data entry entirely. With its ability to understand the meaning of contracts, Evisort can compile reports, interpret graphs, and locate important data. As such, all three founders make a case that Evisort software will increase organization for law firms and companies alike by staying on the bleeding edge of automation and AI.

Video – What are startups

Startups are companies that entrepreneurs set up. They are new or very young businesses that venture capitalists find interesting as investment opportunities. Watch this Market Business News video to learn more about startups.